Billionaires have been battling it out, spending dollars and carbon at a huge rate in a bid to win the ultimate race to space, writes Kristin Perissinotto.

IN CASE you missed it, the widely disliked Jeff Bezos and surprisingly well-liked Elon Musk have been "facing off" in a race to see who can make it to space first. But Richard Branson, another billionaire, has beaten them both to the punch by taking a joy ride out of the Earth's atmosphere last weekend.

The trip, which took under two hours total, was, in his words, the"experience of a lifetime".

"It's just so lovely to be able to do something in these days of COVID where kids can be awestruck and they can get excited."

I would argue that an almost completely unattainable, two-hour trip to space for no reason isn't the most exciting and awe-inspiring thing for kids to watch. But that's just me.

Virgin Galactic Chief Executive Officer Michael Colglazier, told the media Branson's company was dedicated to “opening up space to all” — which should have come with a little asterisk and footnote detailing the cost for such a trip: AU$334,000. So! Accessible!

At the time of writing, neither Bezos nor Musk – who both have cringe-inducing, space-themed Twitter cover images – have commented on what it's like to be a total loser in the "ultimate space race".

The space race, which has periodically dominated the media this year, does little but remind us all of how rich these individuals are and how fragile masculinity can be. The space race is the ultimate pissing contest for the disgustingly rich and most societally unaware. 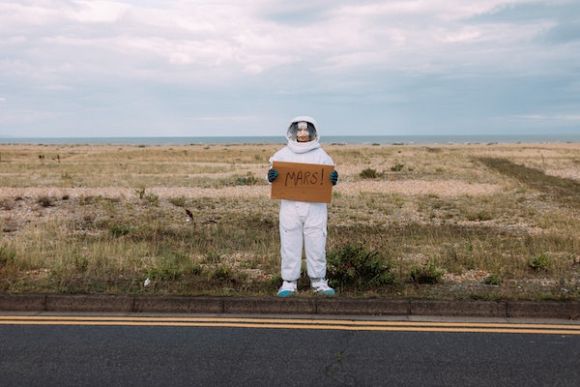 Media coverage of the Perseverance rover mission fails to report that NASA projected fair odds of lethal plutonium being released by accident.

Instead of working on cultivating just an ounce of self-awareness, these pair have been battling it out to take the prize for the most ridiculous display of misplaced wealth. Then Branson – the billionaire most well-known for buying himself an island – jumped in at the last moment to take the coveted prize of being the first to embark on a pointless pseudo-mission out of Earth.

It's hard to calculate exactly how much cash has been sunk into the three billionaire-owned space travel companies, but it's fair to say that the money could have been put toward significantly more important causes — like poverty, low life expectancy in developing nations, climate action, homelessness or accessible healthcare.

To add absolute insult to injury, Bezos (whose company, Amazon, is now firing workers via an app) and Branson claim their space businesses are creating a potential solution to climate change and have a focus on sustainability respectively.

The graph below shows the comparison of CO2 emissions emitted from a regular flight and an "intergalactic space trip flight". Don't be fooled by the (low key confusing, to be honest) graph — the horizontal bars show the distance travelled. Also note that after taking a flight from London to New York City, you have actually arrived somewhere useful, not just been blasted into space only to return 15 minutes later. Personally, I'd rather take a ride on the Gravitron at my local show for $7.

Some other things you can do for the low, low cost of 1,238 kilograms of CO2 are:

The general public is being shamed for forgetting "KeepCups" when visiting their local coffee spot and being made to feel guilty for shame-inducing disposable cups being dropped discretely in the office bin on the way out the door. Yet two of the world's billionaires will be emitting 1.2 million times that much carbon in just one week, as they embark on what we're told is just the start of space travel for the world's more privileged and fortunate.

That's right. Bezos – not to be deterred by his loss of the "prize" – will be boarding his own rocket in just one week to take second place in the race to be the least relatable person on the planet.

One can only hope they find a new civilisation out there and decide not to return.

Kristin Perissinotto is Chief Executive Officer of Cheek Media Co. She is a public relations and communications professional with experience in various industries, including nonprofit, finance and education. This article was originally published on Cheek Media Co. and is republished with permission. 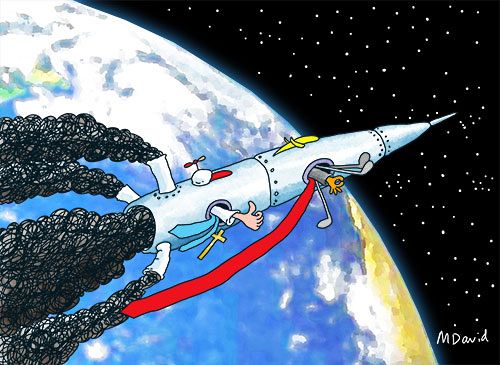 Trump and Morrison to Mars: One giant leap for mankind

As 16-year-old Greta Thunberg mobilised a generation, Trump and Morrison bonded over their shared climate denialism.

4 July 2021, 5:00pm As a country that once welcomed migrants with open arms, Australia's current ...
Join the conversation
comments powered by Disqus
News updates