No right of reply for koalas: ABC repeats The Australian's junk science

The Australian presenting junk science is nothing new, but why is the ABC repeating its false claim that koalas are not at risk without allowing acknowledged experts the right of reply? Sue Arnold reports. 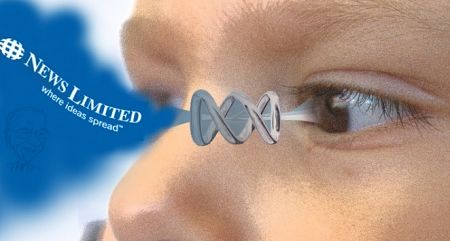 MAINSTREAM MEDIA BIAS against koalas is now as big a threat as habitat loss. Truly.

In the November 25-26 Weekend Australian, a page 3 headline declared: ‘The great Koala scam; falling numbers not a crisis, says expert’. It quoted Vic Jurskis, a 'respected forester and ecologist' and raised, not only eyebrows, but considerable ire in the scientific and conservation communities. Jurskis is the author of a research paper to be published in the CSIRO journal, Wildlife Research, in which he dubs conservation campaigns as ‘the great Koala scam', according to the article, which does not dispute any of Jurkis' conclusions.

Not only is the article outrageously biased, but it’s written by a sports journalist, Chip Le Grand, whose environmental credentials are difficult to find. Furthermore, Le Grand is based in Melbourne, so all complaints had to go to the Melbourne office of The Australian.

After endless phone calls, complaints and emails by Koala experts and conservation organisations, a follow up article appeared in the Weekend Australian of 2/3 December, headed up ‘Koala population claims a departure from reality’ quoting Professor Frank Carrick, chief investigator for the University of Queensland’s Koala Study Program.

'... there is strong empirical evidence that Koala populations were collapsing in NSW and Queensland.'

In spite of these comments by experts, Chip Le Grand, the article’s author, repeated the same Jurskis claims, ending with this classic quote from a man who should never be considered as anything other than an anti-environmentalist whose ignorance is worthy of an Olympic gold medal.

“How can you say it is loss of habitat when nobody ever saw koalas in what they are calling koala habitat? There has been no demonstrated decline of Koalas anywhere.”

The Australian's 'Editorial Code of Conduct' appears to have been ignored in publishing this article.

The focus of Jurskis' efforts has been criticism of the NSW Government’s decision to create an almost 12,000 hectare flora reserve near his hometown of Eden, where native forests have been decimated by the woodchip industry.

According to the Great Southern Forest, koalas used to roam in their millions in South East NSW. Their numbers have dwindled almost to zero population as the last remnant population of fewer than 70 koalas struggle to survive in forests which are still being logged. State forests comprise over 400,000 hectares of prime carbon forests in south east NSW.

Under NSW Forestry and National Park Estate Act, the Recovery Plan for koalas still provides for logging to be undertaken in State forests, in accordance with regional forest agreements (RFAs). Logging rules do not protect koalas; native forest logging prescriptions are ineffective and spell the death knell for these koalas, plus other species inhabiting logging couples according to the Great Southern Forest NSW.

The forests of Bermagui, Murrah and Mumbulla were logged despite having known koala habitats.

An excerpt from a paper published in the National Parks Association 2016 winter edition of Nature NSW, by Dr Bronte Somerset, provides a window into the destruction.

When we moved to Murrah State Forest over 30 years ago we were besieged by wildlife. The abundance was just amazing. Nothing we planted survived the possums, wallabies, and parrots. The bandicoots dug things up and the wombats caved in the best of fences. We kept bees, and several kinds of sugar gliders came in groups at the first sniff of honey, the bush rats, mice and bats moved in.

We could not leave the windows open in summer because of possums at night and goannas by day. The bird life was abundant, and hugely varied. The bush just hummed with life.  After decades of logging for woodchips, Murrah State Forest became silent; Koalas, wildlife, flocks of parrots, potoroo, Christmas beetles and cicadas disappeared, owls and gliders were rarely heard, the rivers silted up with sand, and the diversity of the forest’s tree species was reduced to silver top ash and highly volatile forest casuarinas.

Between July 2012 and June 2015 a huge community-based endeavour saw survey teams of contractors, volunteers, Aboriginal Land Council and agency staff, search for Koala pellets under more than 30,000 trees at more than 1,000 grid-sites across the 30,000 ha Bermagui to Murrah study area. The results were encouraging, with a population estimated of 30–60 animals2, up from the 23–47 estimated from a similar survey undertaken between 2007 and 20093. Given the scattered nature of the Koala activity, the risk of intensive logging impacting on what was clearly still a small and vulnerable population, was clear to all.

Following the earlier publication of the Weekend Australian article, ABC Radio National Breakfast host Fran Kelly interviewed Jurskis. It was an extraordinary interview, with no counter argument as Jurskis raved on about the “koala scam”. As a result, many complaints from scientists and conservation organisations were sent to Kelly and her producer, Helene Hofman, requesting the right of reply.

No way. The producers of the program have steadfastly refused to counter the Jurskis claims, responding that as the article in the CSIRO Wildlife Research journal was peer reviewed and soon to be published, that was the end of the story. This response is a serious violation of the ABC Editorial Policy.

In a reply from Sheryle Bagwell, executive producer of the ABC Radio National Breakfast programme to Professor Carrick over her refusal to air any rebuttal to the Jurskis interview, Ms Bagwell argued that if the CSIRO had seen fit to publish the Jurskis ideology as a peer reviewed article, then the ongoing refusal to air a rebuttal was justified.

As the CSIRO Wildlife Research website did not at the time (and yet, as at 7/12/17)  carry the Jurskis paper, Professor Carrick’s question as to whether Ms Bagwell, Fran Kelly or producer Helene Hofman had actually read the article have not been responded to.

In a further effort to justify her refusal, Ms Bagwell asserted that she

'... had lost count of the number of interviews they had done over the years that discussed the declining number of koalas and the threat to their habitat.'

Unfortunately, the record of shows on the ABC RN website would not support this statement. Professor Carrick queried when exactly was the most recent report of the koala’s dire situation was aired? No response was received.

And, finally, Ms Bagwell sought to justify the Jurskis interview on the basis that she thought

'... the RN Breakfast audience is intelligent enough to able able to hear alternative views from time to time and draw their own conclusions, and further that the interview didn’t wipe out all the good work done by people to protect the koala.'

Professor Carrick responded by stating that

'... by propagating, essentially unchallenged, an eccentric view that koala populations are not at risk from loss of habitat, as well as the completely fallacious denial that cumulative and ongoing destruction of their habitat is the ultimate cause of the devastation of koala populations, RN Breakfast has, in effect, orchestrated music to the ears of the vested interests who wish to continue the unfettered, ongoing destruction of Australia’s residual forests and woodlands.'

Once again, Professor Carrick urged Ms Bagwell to reconsider her refusal. Thus far, no response has been received.

Given the extremely limited publicity the well researched WWF/RSPCA report has received on the massive loss of wildlife as a result of land clearing and resulting habitat loss, the failures of the The Australian and the ABC to provide unbiased, objective reporting are extremely concerning.

Of particular concern is the attitude of the taxpayer-funded ABC. In refusing to ensure a response to the claims made by Jurskis, the ABC is creating a controversy which does not exist, rejecting the irrefutable evidence of catastrophic decline, which is highlighted by the Federal Government’s listing of koalas as Vulnerable under the Environmental Protection and Biodiversity Act in 2012.

In September 2011, a Senate Select Committee Inquiry into Koalas comprising both major parties found that

'... habitat degradation is the primary cause of koala population declines and is the major threat to the koala's long-term population viability.'

Poor research or questionable bias by the ABC and the Weekend Australian? Either way, promoting Jurskis’ paper serves little purpose in ensuring the survival of the koala.

Save the Koalas From Extinction! - Sign the Petition! https://t.co/dEeRR1X7Dk via @ChangeAUS