Entertainment editor John Turnbull casts a critical eye over the recent Australian Skeptics Convention and asks; what’s the collective noun for a group of skepics?

After an entertaining evening with the Skeptics Guide to the Universe and George Hrab, the Australian Skeptics Convention proper kicked off on Saturday, 29 November in the Concert Hall of the Concourse in Chatswood. The crowd was generally middle aged and beardy, although not excessively so and universally well-mannered and polite.

The event was introduced by MC George Hrab who came on stage in a bath robe, did some efficient housekeeping and introduced the first speaker of the convention and co-founder of the Australian Skeptics, Dick Smith.

Smith gave an interesting talk about the human ability to self-deceive, starting out with tales of the dowsing challenge he conducted back in the 1970’s with renowned skeptic James Randi. As the story goes, Dick was reluctant to break the news to the dowsers that none of them had proven their ability in a double blinded trial and, in fact, the best result was one out of ten.

Perhaps a more experienced student of human behaviour, Randi pointed out that it wouldn't make any difference to the dowsers worldview — they would find a way to justify the results.

When the news was broken , Randi was proven right. The test subjects all came up with different excuses as to why their dowsing failed, including that their powers didn’t work when there were skeptical people around, and the great caveat that

The ultimate point of Dick’s speech to push his current passion project — putting a cap on the Australian population and changing our economic approach so we don’t rely on constant growth for stability.

Next up was ‘Living Treasure’ Dr Karl Kruszelnicki, who gave a very entertaining but somewhat unfocused talk covering a dozen topics from pole dancers (who make significantly money when they're fertile) to headless chickens and the origin of Route 66. While scattered, Dr Karl was his usual charming self and his talk included holiday photos of his family, which was cute.

Next up was some cosmic science with Dr Amanda Bauer, who talked about how the Milky Way Galaxy is going to collide with Andromeda in about 4 billion years, which could be interesting for the human race in the unlikely event that we’re still around.

Bauer also presented the Illustris Simulation, which is apparently the most accurate model ever produced of the formation of the universe. Absolutely fascinating yet completely baffling.

The highlight of day one, for many, was the taping of the Skeptics Guide to the Universe, widely regarded as the gold standard in critical thinking podcasts.

The podcast panel was completed by MC Hrab and Richard Saunders, former president of the Australian Skeptics. Unfortunately for the podcasters, the recording was beset by sound problems, that meant those on stage were almost completely unable to hear what each other were saying. This issue continued throughout the afternoon, but fortunately was solved on day two with the addition of some monitors on stage. 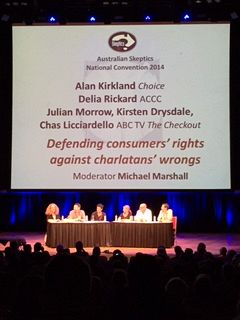 After lunch came the Australian Skeptic awards and a consumer protection panel featuring members of the Chaser team including Julian Morrow and Chas Licciardello. Hosted by Michael Marshall (better known as Marsh from Skeptics with a K) this was an interesting look at consumer rights that ran for about 20 minutes longer than it should have. Fortunately things picked up in the Q&A portion of the talk, with a chiropractor standing up to make his case. While he made a passionate case for the efficacy of his magic rubbing, he was way out of his league arguing with a panel of doctors, polymaths and trained critical thinkers.

Wrapping up that day was MC George Hrab talking about critical thinking and grief, a very moving presentation that discussed strategies for dealing with personal loss for those who don’t believe in a higher power. The only disappointment was that Geo didn’t close with the song that had inspired the talk, the beautiful Small Comfort.

Day two of the convention started with Peta Ashworth talking about the politics of communicating about climate change, while British journalist Peter Hadfield spoke about TV tricks of the trade and how advertisers use common tricks to deceive viewers. The fact that these two talks were somewhat under-attended speaks to the success of the Convention dinner and SGU private taping the night before — from personal experience it can be hard to keep the eyes open in this university lecture style environment, no matter how interesting the content being presented may be.

After the break, Dr Bronwyn Hemsley talked about Facilitated Communication, which I honestly thought had been thoroughly debunked years ago. Unfortunately, the dodgy practice seems to be re-appearing under different names and continuing to create false hope for the parents of seriously brain damaged or low-functioning autistic children.

Next up was my personal highlight of the second day, the return of Michael Marshall to talk about his experiences with psychics. Due to ongoing legal action from a number of UK psychics (including the charming Sally Morgan) Marsh requested that the talk not be recorded, which is a shame as it gave some great insights into many of the tricks that scammers use to appear to talk to the dead. It is important to note that Marsh stressed that we have no proof that all psychics are scammers, but equally they have no proof that they’re actually talking to the dead.

Dr Alex Wodak, former Director of the Alcohol and Drug Service at St Vincent’s Hospital, was next up, presenting a fascinating look at the implications of moving beyond drug prohibition. 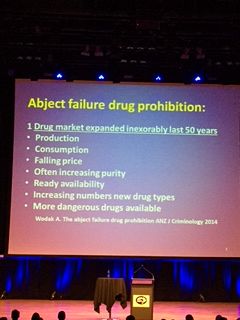 An engaging speaker, Wodak presented clear evidence that the War on Drugs has failed and discussed the time frames involved in the prohibition process. Suffice to say nothing is happening in a hurry and you’re unlikely ever to be able to buy cocaine at Woolworths, which is probably a good thing.

The SGU crew returned for more podcast taping — a lot more relaxed and funny due to the fact that they could actually hear each other speak. Possibly induced by jetlag and convention related exhaustion, Jay Novella took the opportunity to lick MC Hrab’s bald head, which Geo tolerated stoically without appearing to enjoy the experience. A special highlight of this session was the brief appearance of James Randi, in town to promote the film An Honest Liar.

As ever Randi was highly entertaining and spry despite his advancing years.

Prolific author Peter FitzSimons was next, telling the truth about Gallipoli and flogging his latest hardcover. I’m sure it was a fascinating talk, but I was in the pub, scientifically testing whether an SGU placebo band made me better at pool. 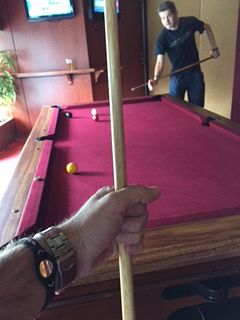 The afternoon continued with Dr Grant Hill-Cawthorne talking about Ebola (and echoing many of the points made recently here) followed by teacher Adam van Langenberg talking about encouraging critical thinking in the next generation.

The event was closed out by Dr Steven Novella talking about how to be a better skeptic. Much like Phil Plait’s famous ‘Don’t Be a Dick’ speech, Steve argued that changing long held beliefs is a slow process, and the best thing that skeptics can do is to offer gentle advice and guidance rather than trying to seem like the smartest guy in the room. 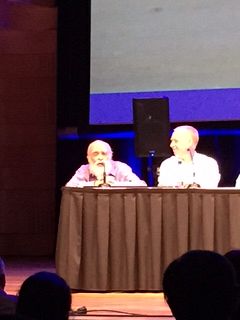 All in all the Australian Skeptics Convention was an interesting way to spend a weekend. With a diverse collection of speakers and topics that will challenge the way you think, I recommend getting along if you have the chance.

Oh, and the collective noun for a group of skeptics? Either a pub or a contrary are acceptable… 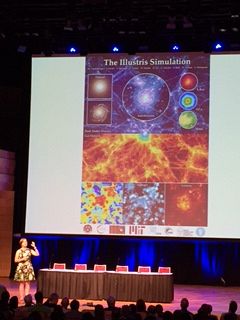 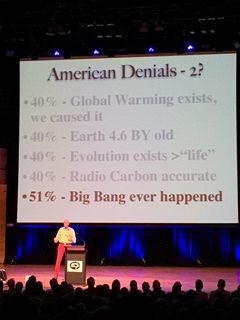 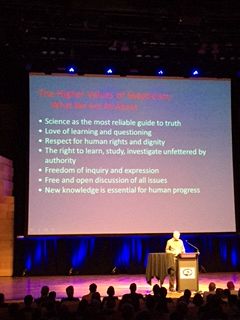