Are the Greens failing the environment?

CRACKS ARE deepening in the facade of the Australian and NSW Greens.

With the setting up of Left Renewal in NSW, major factional divisions have erupted. Former Greens leader Bob Brown has labelled NSW Senator Lee Rhiannon the Greens version of Tony Abbott, calling on her to resign.

The schism is a microcosm of the disenchantment felt by many mainstream voters who no longer trust the Party. Grass roots environmental organisations feel a strong sense of betrayal by Green politicians, whether they be local, state or Federal members. Politically, the environment has become a non-issue.

According to former Tasmanian Democrat Senator Norm Sanders, with his long history of involvement in the Franklin campaign and green issues, the influence of the Socialist Alliance (Australia) in present day Green politics is considerable.

In an interview with Norm Sanders, he told the writer:

“It is no coincidence that present policies have a distinctly socialist tinge. Early in the fight to save the Franklin, Socialist Workers Party strategists realised that the Green movement could be the Trojan Horse through which they could gain the political power which they would never achieve under their own Socialist banner. The present “Watermelon” (Green on the outside, red in the middle) Australian and NSW Greens Party is testimony to the success of the SWP's tactics.”

Green ideology under Di Natale and many NSW Greens translates into increasing Australia’s refugee intake to 50,000 refugees a year, support for gender disparity issues, Safe Schools program; same sex marriage and multiculturalism. Potential voters are obliged to scale a mountain of social issues if they want to voice their concern for the environment.

If Lee Rhiannon is the Greens version of Tony Abbott, then Bob Brown must... https://t.co/ros06Dqgfr

Take the policy of increasing our humanitarian intake to 50,000 per year. Australia has a limited carrying capacity of around 22-24 million, with rapidly diminishing forests, polluted rivers and shrinking agricultural lands, as the resource industry transforms lush farming regions into mines. The corporate and foreign take over of Australia’s fertile lands, ports, mines and horticultural operations raises major questions about how the national interest and the environment will be protected.

According to the Greens policy, Australia's population should not be determined by numbers alone, but by a range of factors, including per capita consumption patterns, distribution of resources, agricultural practices for domestic and export industries, urban design and transport options.

Planet Earth is already way over its sustainable carrying capacity, according to the scientific community, with overpopulation a primary issue.

The Greens have completely eradicated the most basic foundation of the green movement. Without a healthy environment and healthy ecosystems, there can be no functioning economy or social justice. Australian Greens polices are an exercise in motherhood platitudes, with little relevance to the real world.

Egotistical folk are strongly attracted to green parties. Perhaps there’s a nuance of another time, when environmentalists were regarded as heroes. Take the famous Franklin campaign, still recognised as the most decisive victory for people power in Australia’s environmental history.

The Greens' former leader, Bob Brown, has built a career on his role in the Franklin campaign, with many Australians regarding him as the environmental hero of the battle. Yet the reality was quite different. 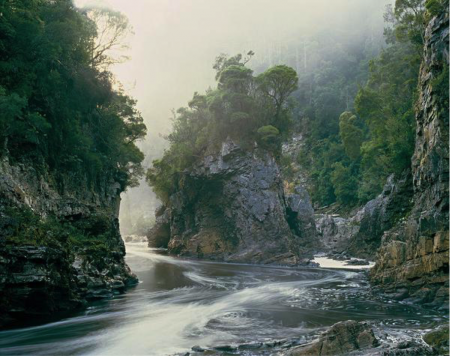 Famous photograph by Peter Dombrovskis of the Rock Island Bend on the Franklin (Image courtesy tasmaniantimes.com.au)

Norm Sanders, who played a major role in protecting this magnificent river from the Tasmanian Hydro-Electric Commission, remembers well the contribution of others. 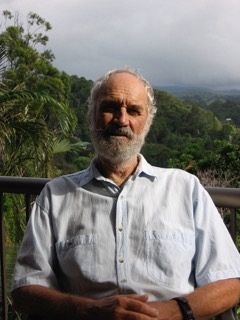 Bob Brown was just one of the many people who worked for so long to save the Franklin.

A massive figure was Olegas Truchanas, who campaigned tirelessly and almost alone in the early days, until he lost his life in a kayak on the Gordon River. He inspired two young men who would be pivotal in the coming battle: Peter Dombrovskis and Kevin Kiernan. Kevin Kiernan searched the Franklin and Gordon Rivers for years, hoping to find a cave containing aboriginal relics. His success in finding Kutikina Cave was the main reason for the World Heritage listing, which was ultimately used to stop dam construction. Kevin Kiernan and Phil Witham founded the Tasmanian Wilderness Society and I was appointed as the first director.

Peter Dombrovskis took many magnificent photos of the South West, but his most influential was of Rock Island Bend on the Franklin. This was used in the spectacular two page spread in all major newspapers which asked: “Could you vote for a party that would destroy this?” Political observers feel that the picture was a major factor in the Hawke win.

It took the blood, sweat and tears of thousands of concerned people to SAVE THE FRANKLIN.

In 2017, faced with an exponential loss of Australia’s unique wildlife, changes and in some instances repeal of important State and Federal legislation to protect the environment, threats to marine ecosystems, including underwater noise (a major issue in the U.S. and Europe), wholesale land clearing and the assault of the resource industry, there’s an urgent and desperate need for the environment to become a primary policy issue.

The environment – once the Greens' whole reason for existence – has now been sidelined as one of the party's many portfolios. Senator Larissa Waters handles environment along with gambling, women, tourism, mining and resources. Unfortunately, her website has no policy statements on koalas, a species facing extinction in many regions of Waters' home state of Queensland.

The Greens' policy statement on wildlife fails to include any reference to the repeal of a raft of NSW environmental laws. The diminishing of legal protection is, in many instances, at odds with Federal international treaty obligations, such as the Convention on Migratory Species, which should be Australian Greens issues.

The political failure to be a loud strong voice focused on the real environmental issues facing this country is nothing less than a national tragedy.

Greens' politicians, with few exceptions, look to the latte set for their votes. A cohort that has little interest in the environment, unless it happens to be issues with city living. Grassroots campaigners – people who work tirelessly in their communities without recognition, funds or parliamentary salaries – have been abandoned.

Given the lack of real and relevant environmental policies in the ALP, Coalition, One Nation, and Nick Xenophon parties, an enormous political vacuum exists. The ongoing censorship of major problems by the mainstream media ensures that environmental issues are cast out to social media, where most concerned people are urged to sign petitions which are generally ignored.

In reality, most Australians care deeply for this ancient land. They are angered by the destruction of forests, rivers, farming land. Many concerned people do not want to join or vote for Greens because of their social justice policies and lack of focus on ecological issues, leaving them with no place to go.

There has never been a more urgent need for a political party focused on the continuation of life on Earth and, in particular, Australia.

It's a good environment. Subscribe to IA for less than $5 a month.

8 July 2022, 8:00am Australia's democracy has been eroded by legislation that removes our rights and a ...
Join the conversation
comments powered by Disqus
News updates