I FOUNDED Independent Australia on 24 June 2010 because I saw a problem with the Australian media.

The problem was that the mainstream media was not telling the full story, at least not in Federal politics. It was as if there were not multiple publications, but just one, printing the same stories again and again, but under different mastheads. A single narrative: Labor and Greens shonky, spendthrift, chaotic and corrupt; Coalition stable, strong, prudent and secure.

And this was not just the commercial media, but also the ABC. Perhaps because, when everyone else is taking a single line, that line seems factual and it would seem absurd – perhaps even potentially biased – to present a countervailing view.

Of course, this is a generalisation and, naturally, there were several exceptions — rebels in all camps, who would occasionally risk speaking out against the official line. Brave souls. Most are now pursuing careers outside of journalism.

We have published hundreds of stories about the malign effects of the Murdoch media cartel on Australian journalism and democracy. When we did it in the early days, it was considered close to heresy. These days the malignant nature of the Murdoch approach to journalism is broadly accepted in the community. It is certainly true that when a single amoral individual owns over two-thirds of metropolitan newspaper distribution, the only cable carrier and vast swathes of other media, the potential for abuse is rife. But concentrated media ownership has never been the only issue.

Perhaps the bigger factor is that commercial media support conservative causes and political parties because their proprietors either believe in these causes, and/or believe it is in their financial or business interests to do so. It should come as no surprise that big business will support the party of big business. Journalists and editors working in such self-interested commercial enterprises must navigate the expectations of those who sign their paycheques if they wish to survive and thrive in that environment. As the saying goes, he who pays the piper calls the tune.

But this monolithic approach to journalism by the mainstream provided Independent Australia with its greatest opportunity. If no other media was going to effectively present a progressive world-view, properly investigate corruption by conservatives, report news that did not adhere to the prevailing narrative and stand up to tyrants like Murdoch then there was a massive niche available for us to fill. The irony is that it would have been in the commercial interests of at least one mainstream media operator to fill this yawning gap. Instead, IA did explicitly set out to fill it and we grew rapidly. We are still growing rapidly, now attracting between 600,000 and 950,000 unique views every month. Not bad for a blog I set up in my spare room.

So, stultified by the anodyne mainstream media’s faux objectivity – which in fact is systematic bias towards conservative interests, as explained – Independent Australia has been attacked by the Right. These people, perhaps wilfully, miscomprehend independence as being necessarily ambivalent. It is not. IA is unashamedly progressive. It is not just a critical part of our business model, we also believe it is the right thing to do.

But as a counterweight to our obvious stance, we maintain a scrupulous attention to factual accuracy and detail. Our viewpoint is certainly progressive, but our facts are resolutely objective and empirical — and always supported by references to our sources, usually via live hyperlinks. No other media enterprise – not one – is as diligent in ensuring readers can fact-check any claims made, instantly, as they read. They should, however, as this transparency has no doubt led to IA’s survival, success and widespread trust.

These days, there is increased competition in the progressive news niche since The Guardian and The New Daily started publishing online in Australia. Also, since CBS took over Ten, it has moved more towards the centre, especially in shows such as The Project. The media landscape, therefore, may now seem less uniformly blue.

But this is a superficial analysis, since the largely disinterested public still does not get their news from these credible online sources, but rather sandwich boards outside newsagents, snatched FM radio broadcasts and News Corp papers perused in coffee shops. And the messages they receive are still of one narrative: Coalition good; Labor bad.

This narrative was especially evident in advance of the Eden-Monaro by-election, where suddenly the media has found branch-stacking issues in the ALP and reds under the Labor bed. These stories have been given undue weight by the media, which has suddenly forgotten the Liberal Party’s deep ties to China and long history of pre-selection skulduggery.

Even more tellingly, after Labor won this bellwether seat on the weekend, the mainstream media have almost uniformly reported this Coalition defeat as somehow a great victory. The implications of deceit on such a grand scale are nothing short of Orwellian in their implications. Given the stance taken by Australia’s conservative media against progressive parties over a long duration, it is somewhat surprising Labor ever win government, and that the Greens manage to hold any seats in Parliament at all.

Only by supporting progressive, independent, factual and fearless news sources, like Independent Australia, can humanists hope to overcome the “conservative” propaganda that has so ensorcelled the Australian people. Conservative in name only because, as explained in a previous article, the conservatives in control of our country are not truly conservative anymore — but are instead radical, rapacious, rightwing bullies.

The stakes have seldom been higher. 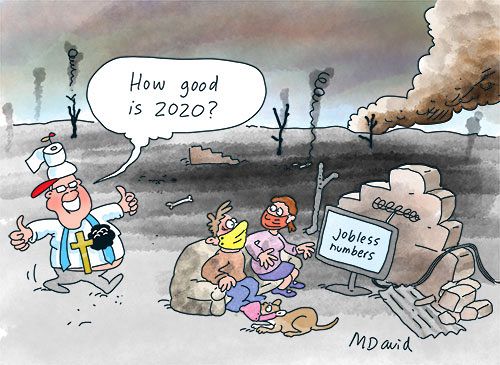 Quiet Australians need to become noisy and well-informed Australians and take back control of our country. 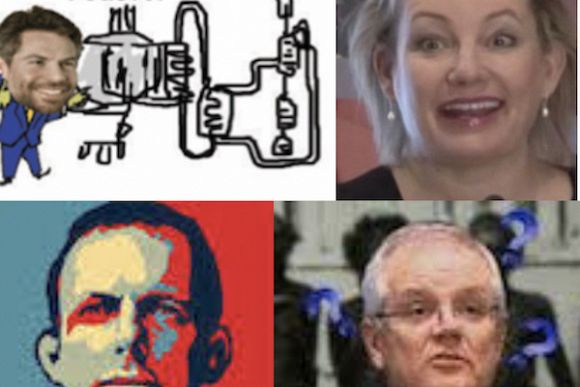 VIDEO: Bloody Idiot of the Week — Episode 16: Life is a Barton Highway

This week, we bring you amateur idiocy, as well as polished professional idiots from the smorgasbord that is Australian politics.