The tragedy of Rupert Murdoch

The tragedy of Rupert Murdoch and his delusions of empire has less to do the guilt or innocence of his staff and more to do with his failure to properly understand the vital ethics of true journalism.

His real and unfortunate legacy is the betrayal of his readers. It is in fact the creation of a dangerous new era that threatens the very heart of democratic government.

Without a free press to inform and restrain, governments can take opportunities to create laws that regulate their nations more severely than necessary. Politicians have freedom to act in their own interests, rather than that of the voters who elect them.

Since World War II, some countries, including Australia, have engaged in dangerous and useless wars without public support and without real justification and often in the face of public fury. Too often, such wars have seen young soldiers killed unnecessarily and nothing useful gained as a result.

Recently, in Victoria, New South Wales, Western Australia and Queensland, we have seen how corruption in state governments has become more endemic than at any previous time in the history of this country, while the press became lax and self absorbed.

Rupert Murdoch’s career is a record of inane frippery and invasive journalism, probing into the private lives of any celebrity it chooses to humiliate. He has freely used his ownership of newspapers to achieve power over politicians and to enrich himself and his family with no concern for the ethics of his operations or the honest enlightenment of his readers.

Now Rupert has agreed to be interviewed 'under caution' by Scotland Yard detectives from the crack Operation Weeting force, which is continuing its investigation into the allegedly illegal activities of News UK. This is a significant decision.

Previously he had declined a similar request. Being interviewed under caution usually means that the interview will be digitally recorded. There are six codes of practice used in Britain concerning the rights of the individual being questioned and the rights of the police to investigate criminal matters.

Obviously, the police will probe more deeply into matters affecting the relationship between the people and the press, as seen by Murdoch.

Rupert will have legal representation and the Guardian has suggested he may be accompanied by his son James, who was the chief executive of News UK during part of the early investigation before he was moved to New York.

A video of Rupert being interviewed by a staff member at his Wall Street Journal last year was more remarkable than anything he said. He has aged considerably in recent times and his mental sharpness seems, to me, to have declined.

Any case against Rupert might concern possible corporate management follies. For a start, shareholders have to swallow the fact that nearly one billion dollars has been paid out by their company so far, covering  legal fees for the trials of the staff and compensation to people whose privacy has been invaded. If the company was also to be found guilty of serious corporate mismanagement the cost would be enormous.

According to another recent report, America’s FBI has taken possession of about 80,000 emails handed over by the News Corporation headquarters in New York. These are supposed to relate to communications between London and New York. Allegedly, these emails were deleted in the London offices just before the British police began their enquiries, but copies received in New York have remained intact.

Operation Weeting is still carrying out its investigations. The completion of the Brooks and Coulson trials were only the first in a continuing series involving other employees or former employees of News UK. A total of 210 people have been arrested or interviewed under caution, including 101 journalists.

A corporate change could potentially lead to the prosecution of members of the UK company's former board of directors, including Rupert and James Mudoch. Such a prosecution can occur only if the "controlling minds" of the company are found to be guilty of a crime. Operation Weeting would submit a new file of evidence to the Crown Prosecution Service.

If the UK company were convicted of conspiring to intercept communications, the members of its board of directors – including Rupert and James Murdoch – could then be prosecuted personally under section 79 of the Regulation of Investigatory Powers Act. This makes directors liable for prosecution if their company is found to have engaged in connivance or neglect of duty.

Twelve more trials are due to take place at the Old Bailey, involving a total of twenty current or former journalists from the Sun and the News of the World. They have been accused variously of making illegal payments to public officials, conspiring to intercept voicemail and accessing data on stolen mobile phones. The journalists have denied the charges.

In Scotland, Coulson and two other News of the World journalists face trials variously on charges of perjury, phone hacking and breach of data protection laws. They too, have denied the charges.

In the high court, Murdoch is mired in civil litigation.

His UK company has already settled and paid damages to some 718 victims of phone hacking by Glenn Mulcaire — an average of nearly three for every week he was contracted to the News of the World. Now, News UK faces a fresh round of litigation from victims of Dan Evans, a show business writer who also specialised in hacking phones for the News of the World. Evans has been co-operating with police and, according to one source, detectives recently have been approaching up to 90 people a week to warn them that they were targeted by Evans with a possible final total of some 1600 victims.

While Australia looks at coming to terms with global warning, thanks to Clive Palmer and Al Gore, Rupert continues his ongoing battle against climate change action on Twitter:

It is one more attempt to influence ignorant people that global warming is just some kind of a gimmick. Murdoch has invested large sums of money in ventures which directly threaten to increase global warming.

The future of journalism itself hangs in the balance while the News Corporation drama plays out in an unpredictable and unrelenting series of trials in London.

Arguably, the English-speaking world’s first true journalist was a man named John Milton, born in 1608 and around during the tumultuous times of Oliver Cromwell, who was Lord Protector of England, Scotland, Wales and Ireland. The king, Charles I, was removed and executed after a public trial, leaving England temporarily without a monarch.

In a speech, later and famously published as a lesson for all future journalists, he set standards for other reporters to follow. His basic instructions are still taught today.

Milton recognised that publishing personal opinions and expressing them socially should not be regulated by law. Nothing should hinder truth. If one wished to express the truth, that person should be very careful to make sure it was the truth.

Milton’s work was used in the U.S. Constitution and quoted by the U.S. Supreme Court in upholding freedom of religion, speech, assembly and the press.

Truth is the fundamental element in journalism. Rupert Murdoch and his editorial minions do not seem to have grasped that. 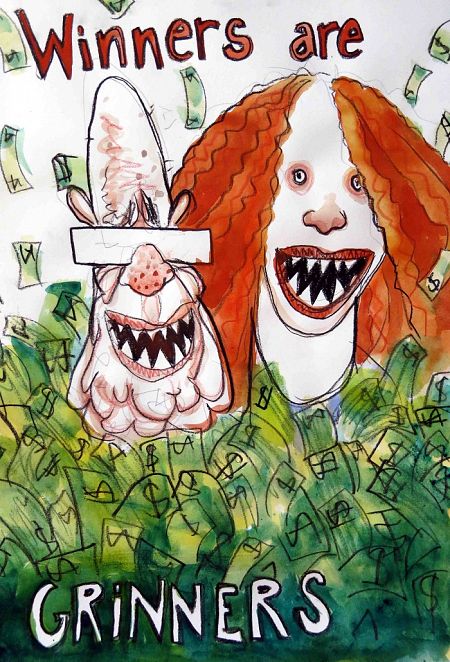