Peter Wicks discusses the importance of the mainstream media, its ethics, bias and its exclusion of Independent Australia from the Canberra Press Gallery. 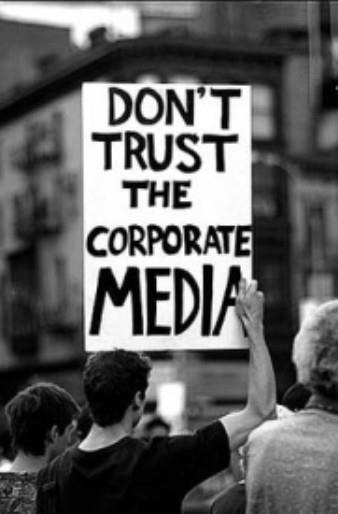 I DON'T THINK that the importance of being a member of the mainstream media can be overstated, it is a huge responsibility.

I should point out from the start that there are many in the mainstream press I greatly admire; too many to name here, but many of them would know who they are.

There are many things that I would see as being crucial as an editor of a main stream media outlet, balance being at the top of that list. Sadly, in Australia, we have seen that fall to the wayside as News Ltd seek to overthrow a government that is rolling out an NBN that threatens their current business model in several areas of their empire, such as print media and Pay TV.

Given that News Ltd control approximately 70% of the press in Australia, this has had a drastic impact on the quality and integrity of the news the public base their opinions around.

We have heard a lot about China’s control of the press and what a terrible thing that is for a society who would like to believe they have some freedom. If you control the flow of information, you control the population’s minds; it’s a relatively simple concept that seems to also work well in North Korea.

I wonder is Australia so different?

Should we refer to Rupert as Chairman Kim Jong Murdoch perhaps?

News Ltd’s main rival Fairfax is now a place where Gina Rinehart has chosen to invest her money, setting the scene for even less balance in the mainstream.

I’m not suggesting that everything reported in the mainstream is false, however it is often skewed in a particular direction by the way it is reported. It is typical of the whole glass half empty/glass half full scenario.

When the Daily Telegraph, for example, are seeking a scientific opinion on global warming, they may ask a climate change sceptic. And when choosing a story to publish, for instance, they may choose to pick one about a Liberal backbencher saving a cat from a tree, rather than a Government minister saving three babies from a burning house — that sort of thing.

Focusing on one side of a topic is another common method. We have all seen the mainstream media splash the so-called skeletons in Peter Slipper’s closet all over the front page, but have had to go online to find out about his accusers James Ashby’s motives and skeletons, or the depth of the involvement of Mal Brough and Christopher Pyne, despite it clearly being in the public interest.

It has been the same for Craig Thomson and the HSU saga. Craig Thomson, who today announced his resignation from the ALP and decision to stand for his seat again as an Independent, has had accusations thrown at him for years — all of which are yet unproven. Meanwhile, however we have hardly seen a thing in the mainstream press about the involvement of self-proclaimed whistleblower Kathy Jackson and the criminal investigations she is under. Nor have we heard anything in the mainstream about her fiancé Michael Lawler, the Tony Abbott appointed vice president of the Fair Work Commission, the organisation that, as Fair Work Australia, performed the investigation into the HSU — conveniently leaving out his fiancée's branch from investigation during the period she was secretary. Once again, for this information and this side of the story, we have had to go online.

Given that our mainstream news outlets have become, or are becoming mouthpieces for those with a right-wing agenda, it is incredibly important we have other sources of news to provide balance.

One of these media sources, the increasingly popular and influential Independent Australia, was recently denied a position in the press gallery when they approached its current President. This travesty was enough for veteran political reporter Mungo McAllum to send in a letter of support to Independent Australia.

The choice of who should be in or out of the press gallery should be handled by someone who is independent, both politically and professionally — or in other words, someone who doesn't work for a major media outlet.

You may well wonder: who is the current president of the Canberra Press Gallery?

It should come as little surprise that the current president is an employee of News Ltd, making him about as independent as Tony Abbott or Rupert Murdoch.

His name is David Speers and he is the political editor at Sky News.

In rejecting his application, Speers told Callum Davidson of Independent Australia that


‘Your website appears to be opinion-based rather than a news site.’

Speers would know all about opinion based reporting I guess, coming from the Murdoch media and previously being an employee of the Macquarie Radio Network at 2GB, home of Alan Jones and Ray Hadley.

I find it odd that a site like Independent Australia has seemingly been singled out as being opinion based, while publications like The Australian are still granted positions in the gallery. I guess some opinions are OK.

So a quick glance at the press gallery list shows us that journalists such as Steve Lewis, and Peter Costello’s former press secretary Niki Savva are apparently not be opinion based. Really? I must be imagining things.

When it comes to mainstream media journalists, I think things like truth, balance, checking leads and using trustworthy sources are hugely important, but that’s just my humble opinion.

Unfortunately, not all of us appear to think that way.

Back on 6 May, I published a piece on Kate McClymont’s Walkley Award winning article: ‘Thomson: new credit card claims’.

My post showed that the McClymont piece was completely false in its major allegation concerning the payment of secret commissions and also made other claims that were not only wrong, but really rather ridiculous.

Now an online petition has been started up in a bid to get McClymont to hand back her Walkley Award.

I have signed the petition as I think it does an already failing industry no good at all to reward journalism that is not only wrong, but also based on the word of a questionable witness via a flawed investigation.

Normally, when I post an article, particularly one regarding a HSU matter, I am inundated with correspondence full of criticism, abuse, and people telling me where I am supposedly wrong. Any corrections I make as a result, and there have been a couple in the past, are noted on the article and highlighted — not hidden on a back page in fine print.

However, not one person has been able to point out anything even remotely questionable regarding the McClymont piece. Not one. Not even McClymont herself has come forward to fault it, or respond to my initial queries.

In fact, the only negative comment I have seen came from James Massola who in a fine display of forensically going through the details and disproving my allegations chose to write one word on a Tweet.

Perhaps it was as much as he thought he could spell without the backing of an editorial team checking over his work?

Maybe it is coincidence that Massola is also secretary of the Canberra Press Gallery?

Massola, like McClymont, works for Fairfax — in fact he works for the Financial Review, which is the only publication that defied Federal Court wishes and chose to publish Kathy Jackson’s affidavit when she was in Federal Court in June last year; I don’t think they published it for comedic purposes either.

Massola however is best known for his outing of the well-known and highly respected “Grogs Gamut” by revealing him as Greg Jericho after a media convention. The outing of Grogs was in no way in the public interest and served no purpose other than to deliberately set about hurting and risking the employment of an online blogger who wished to remain anonymous. No wonder he was slammed all over social media for this act of bastardry.

With integrity like that, I’ll take Massola’s disapproval as a compliment.

I will watch with interest to see whether the Walkley Foundation decides to uphold its credibility, or chooses to cover up this shameful epiode.

In the meantime, if we are to expect having a balanced press in Australia it is vital that we support the Independent press and those who write blogs that we enjoy, whether left leaning or right.

Unfortunately, it seems we are unable to expect the same from those in the mainstream.

It’s no wonder they lose a little more relevance each day.

(You can follow Peter Wicks on Twitter @madwixxy. Get up to date on IA’s full Jacksonville investigation by clicking here.)