The next U.S. president: The Murdoch Clinton match

Rupert Murdoch may be about to throw his support behind Hillary Clinton as the first performers appear in the next U.S. presidential circus, writes Rodney E. Lever.

The next United States presidential election is still a year and a half away, but speculation about the most likely candidates has already begun.

The idea of a woman president is beginning to enter the minds of U.S. voters for the first time in its history.

Unlike Australia, where election fever usually only lasts for a few weeks, the U.S. election program is always the longest and most ballyhooed political event in the world, and dominates headlines for more than a year. Nowhere else is an election such a long-running drama that climaxes in November voting and runs until the winning candidate takes the oath of office in January 2016.

Rupert Murdoch is merely a minor element in U.S. elections. He loves to feel he is central and important, but he will never be able to exercise the level of influence in America that he has shown in Australia and Britain.

Rupert has always played his cards on both sides of the political fence. His history has bounced between conservative politics and Labor — whoever will give him the best deal, the most power, the best financial return.

In America, in recent years, he has had to concede his debt to the Wall Street Republicans and bankers who saved him from the edge of bankruptcy. His Republican-Tea Party loyalty may be thinning now as he considers his own immediate future and that of his two sons.

Australians must wonder how a powerful media magnate can so easily obtain huge political favours in this country, while elected politicians in New South Wales can be thrown out of office for even a modest and overlooked error of judgment.

In Britain, Rupert Murdoch became Margaret Thatcher’s Conservative saviour at a time when she was running out of friends. Murdoch introduced her to President Ronald Reagan and the two found some common interaction. The U.S. stood back while she raged her silly war on Argentina.

When George W. Bush became the American President, Rupert created a link with both Labor’s Tony Blair, whom he then supported, and the Australian Prime Minister, John Howard. The three of them conspired to delude not only their own citizens but the United Nations as well. They started a fateful war with Iraq.  From the beginning it was an immoral, unnecessary, deceitful and illegal war that leaves Iraq still suffering even today.

Rupert disguised the nature of the Iraq war.

His newspapers smothered horrible crimes against humanity and changed what was a defeat into a claim of victory by cynically hiding the truth and the level of murderous butchery that followed for years afterwards as the Americans, British and Australian troops gradually returned home as sad losers in a comparatively small country.

After a very trying and embarrassing three years in a new millenia, Rupert has bounced back now from his own three-year run of annus horribilis, beginning with Rebekah Brooks and concluding with his monumentally expensive divorce from Wendi Deng.

He seems revived and active again as American election fever begins and his two son’s train to become the future heads of the family company. Both will have their mettle tested.

Predicting the future is a tricky business, but I will hazard a guess that Rupert might surprise a lot of people and switch his support to the leading Democrat contender, Mrs Hillary Clinton. Hillary posted an 82% vote of support from enthusiastic Ohio members of the Democrat Party in a trial run last month.

The voters were asked to choose between Hillary and her fellow Democrats Joe Biden, Obama’s Vice-President, and Elizabeth Warren — a 64-year-old Democrat Senator from Massachusetts, a former Law Professor at Harvard University, and a frequent guest on the very popular Daily Show with Jon Stewart.

The Democrat voters of Ohio favoured Hillary over them and also over a list of the five most likely Republican candidates.

With that vote, Hillary Clinton may have garnered Rupert’s support.

Rupert is interested in winners, not losers. His political influence is strong among Republicans and less so with Democrats. Rupert has never been slow to change horses if he sees a more likely candidate, whether Republican or Democrat or Liberal or Labor.

He has maintained a relationship with the Clintons for many years and set tongues wagging in 2006 when he hosted a fundraiser for then Senator Hillary Clinton.

Rupert reinforced any doubts about his control of News Corp America when he moved his two sons into the top levels of the family firm. Now he must also consider a dramatic change in Fox News, the broadcast voice of the Republican Party.

The Fox network lags behind the giant CBS network in current U.S. audience ratings. The prime viewers who follow Fox are mainly elderly Republicans who have voted Republican from birth.

Fox needs to at least double its audience and bring in younger viewers to cater for a new America with new ideas for the future. In this, it will have to captivate not only CBS viewers but also NBC, CNN and the smaller networks.

To do this, Rupert will need to engage with the formidable Roger Ailes, head of Fox News, a dedicated Republican and a fierce personality — perhaps even stronger and more ruthless than Rupert.

Ailes has plenty of ammunition for a fight.

For one, Hillary would be the first woman president in American history.

For two, some of her ethics during her legal career have been questioned.

Thirdly, two amendments to the U.S. Constitution refer to Citizen’s Rights and Equal Rights, but do not mention women’s rights.

The Murdoch newspapers in Australia effectively ended the short Prime Ministerial career of Julia Gillard, the Labor Party’s nerves failing them before the election.

So the Murdoch history proceeds, perhaps for another decade and perhaps with Murdoch’s sons able to shake off the dismal record of their recent past business experiences.

Their careers so far reveal little ability to tackle the massive tasks that lie ahead.

But we will see.

Rodney E. Lever is a former senior News Ltd executive and right-hand man to Rupert Murdoch. You can follow him on Twitter @rodneyelever. 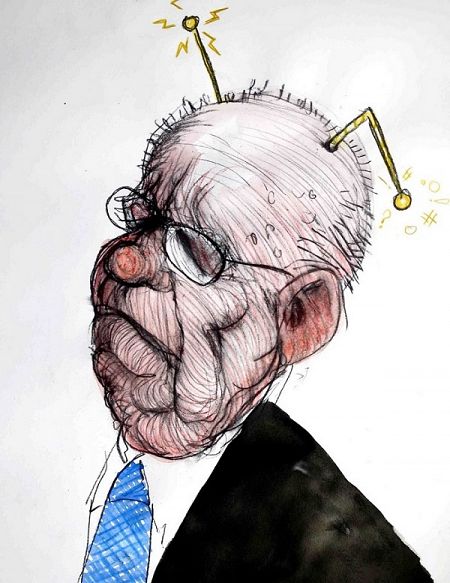