GENERALLY, when people die, there’s an unspoken rule in polite society — we shut up about any grievances we may have had about the deceased. After all, it’s not as though they can do anything about it now they’re dead, so let’s not shatter the illusions of those left behind.

What good would it do, anyway?

SPEAKING ILL OF THE DEAD

Then there are the deaths of certain well-known characters who are in a league all their own and for whom the shattering of illusions is simply a public service.

With all due respect to those close to him, Pell’s death brings forth untold grief of a different type. And it's not because of his death but because of the thousands of atrocities committed and covered up under his real-life watch. 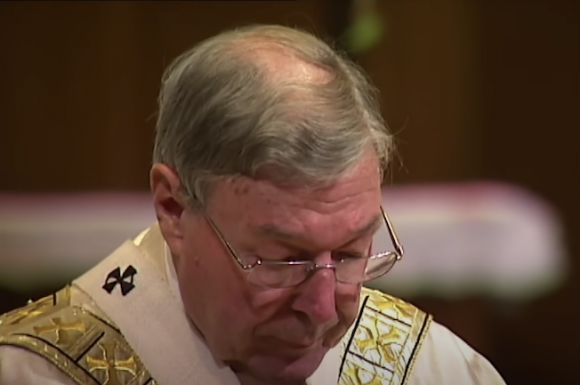 Mainstream media in Australia has been high-pitched about how great Catholic figure George Pell was. However, the public chorus against him is much louder.

Nonetheless, the mainstream media cabal has been in overdrive since Pell’s death on 10 January, bombarding us with endless drivel about all his many achievements and burdens, both real and imaginary.

Falling into the latter category are gems such as these from Andrew Bolt, who claims Pell was:

Move over Son of the Father.

...﻿Like everyone who knew him I feel a deep sense of loss but am confident that his reputation will grow and grow and that he will become an inspiration for the ages.

Let’s hope that – like Abbott's confidence in Scott Morrison's abilities – this prediction does not prove true. 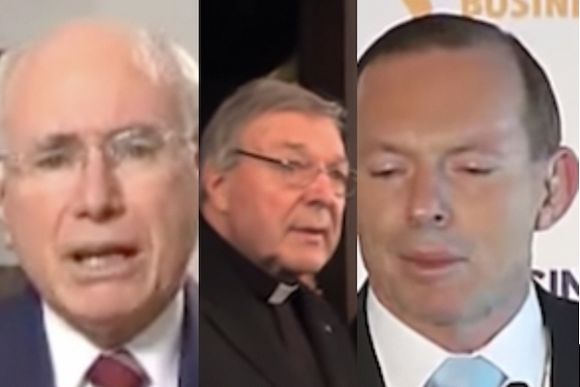 Abbott and Howard's defence of Pell lays bare their fundamental values as ruthless defenders of wealth, privilege and inequality.

"[Pell] successively guided the two archdioceses with strong and clear leadership, as well as tirelessly engaged in pastoral activities, manifesting greatness of intellect and heart."

He also commented on Pell's “extraordinary zeal” and his "ability to speak to young people".

Perhaps mentioning "Pell" and "young people" in the same speech wasn’t the wisest of references, Cardinal. But hey, you’ve got to hand it to the Catholic Church, if complete and total denial of any wrongdoing is anything to go by, it’s all systems go for Operation-Nothing-To-See-Here.

'Pell was the only senior church leader to go to gaol essentially because he was an orthodox Christian with the temerity to talk back to the culture.'

Oh! So, not because a jury unanimously found him guilty of child sexual abuse, then?

So many creative ways to portray the person, who, while the allegations of paedophilia were proven but subsequently overturned on appeal, has an undisputed reputation as Australia's chief enabler of Catholic paedophile priests over a period of decades.

Of course, at his original trial – the one in which he was convicted by a jury – the court was told it was "impossible" for then-Archbishop Pell to expose his genitals after officiating at a Sunday Mass without somebody helping him to remove his clerical robes. Perhaps this, then, is the obligatory "miracle" required for sainthood?

Unsurprisingly, the Catholic Church and its disciples, including the mainstream media apologists, have gone all out to save the brand and it seems likely this stance will continue.

The groundwork for Pell's canonisation has begun in earnest.

A LEGACY WORTH REMEMBERING

On Monday (16 January) this week, Simon Hunt (AKA Pauline Pantsdown) put a call out on social media ahead of the memorial service and burial to be held at St Mary’s Cathedral in Sydney for Pell (now confirmed for February 2):

‘Thinking it would be good if this fencing [at St Mary's] was covered with coloured ribbons ... so that his legacy is properly remembered. I'll tie some on tomorrow.’

There'll be a memorial service for Pell at St Marys in the next few days (no announcement of time/day yet). Thinking it would be good if this fencing was covered with coloured ribbons, like in Ballarat, so that his legacy is properly remembered. I'll tie some on tomorrow. pic.twitter.com/MMrN1WioWm

‘I was prompted by the deluge of memorials in the Murdoch empire, performing every trick to portray Pell as “innocent”. It’s as though the Royal Commission [into Institutional Responses to Child Sexual Abuse] never even happened.’

In George Pell's birthplace of Ballarat, Victoria – home to some of the most notorious Catholic paedophile clergy as detailed in the Royal Commission – thousands of coloured ribbons have been tied to the gates of St Patrick’s Cathedral. Instigated by the LOUD fence Inc organisation, the ribbons pay tribute to the victims of child sexual abuse, both living and dead.

"The ribbons started with the Royal Commission... The whole community began tying ribbons at the gates of the church because there had been too much silence."

It wasn't a protest as such, it was a very visual way in which all the victims, even those who took their own lives, could still have a voice, because everybody has been silenced in some way.

Initially, they were cut off by staff but people just tied more and more ribbons. Eventually, it seems the parish officials gave up removing them.

Simon Hunt told IA it was the work of the Loud Fence organisation that inspired him to start the ribbon tying at the site where Pell's memorial service is due to occur, deciding that:

‘Pell’s legacy, the damage that he caused, needs to be properly remembered.’

Maureen Hatcher says Loud Fence supports the ribbon-tying solidarity begun by Simon Hunt in Sydney and hopes that what started with this symbolism will lead to public recognition from the Catholic Church:

"Seven years on from the Royal Commission, there is yet to be proper acknowledgement from the Church of the atrocities committed and the impact on thousands of lives. We would like to see a true apology."

While staff at St Mary's Cathedral have been earnestly cutting the ribbons placed there by community members, according to Simon Hunt, the Church staff "are extremely upset at having to cut the ribbons down".

Ms Hatcher said the act of cutting the ribbons is "a clear indicator of the Church protecting the brand".

Each ribbon represents a victim of child sexual abuse and acts as a daily visual reminder.

Pell's true legacy needs to be part of the discourse.

It's time for Archbishop Anthony Fisher to work towards the survival of his Church and acknowledge the victims of this.

What good would it do?

Well, it might give survivors and their families a small measure of comfort that although the damage inflicted cannot be undone, at least their voices have been heard.

If you would like to speak to someone about sexual violence, please call the 1800 Respect hotline on 1800 737 732 or chat online. For crisis support and suicide prevention call Lifeline on 13 11 14 or visit Lifeline.org.au.