The next big thing is technological unemployment — but is it something to fear or something we should embrace? Simon McMan looks at the changes sweeping towards us. 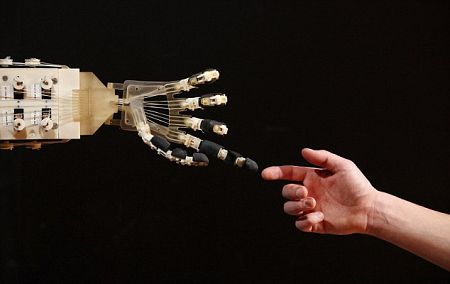 THE NEXT big issue the global economy is facing is 'Technological Unemployment'. For those who have never heard the term before, it is basically the process of mechanization and automation, and the transfer of jobs from humans to machines. It is considered by many to be as big as the industrial revolution and whether you like it or not it is going to change human civilization forever.

As different fields in technology and robotics develop and machines become more and more sophisticated, you will notice that a variety of labor based workforces become redundant. The main reason being, machines and computers don’t need a lunch or coffee break, they can work 24 hours a day and they will complete their tasks quicker and with more precision than humanly possible. Once you calculate the yearly wage of an employee versus the return on investment the machine will generate over a 5, 10 or 20-year period, you will reach the same conclusion that many businesses have come to across the globe. It is simply much more productive and profitable to employ technology.

Here are a few examples:

In a New York Times article, 'Armies of Expensive Lawyers, Replaced by Cheaper Software', one very clear case is made that illustrates this phenomenon. It begins by comparing the expenses that were necessary to examine 6 million documents in a big legal case in 1978 against using software to analyze 1.5 million documents in a case in 2011. The costs were $2.2 million in 1978 versus $0.1 million in 2011 — a fraction of the cost. The most significant factor was the payroll costs since a 'platoon of lawyers and paralegals' were no longer necessary and therefore the labor costs were significantly reduced.

The article goes on to explain the field of e-discovery software, and where we are headed in terms of what computers will be able to do for us in the future. According to the estimates of Michael Richard Lynch, the founder of a company called Autonomy:


'…the shift from manual document discovery to e-discovery would lead to a manpower reduction in which one lawyer would suffice for work that once required 500.'

As a side note, Lynch sold his company to Hewlett Packard for approximately $7 billion.

One recent example in Australia was the news that retail giant Amazon is searching for a local warehouse. More specifically, the fact that they are planning an expansion into the Asia-Pacific region, which could significantly lower prices and shorten delivery times for local shoppers. One only has to look at the effects of Amazon on bookstores such as Borders and Barnes & Nobel in the United States to realize the Darwinian consequences of mega-giants battling with old-school retail giants. And this is the kind of effect that Amazon has had on bookstores alone. As a quick side note, digital books (or e-books) have also played a significant role in transforming this industry, but in the context of technological unemployment the outcome is the same.

A similar narrative can be made about iTunes and music stores, and with advancements in streaming technologies and internet speeds it is only a matter of time before video-on-demand will kill the video store (or the DVD rental industry) also. Let’s not forget the increase in self check-out lanes in supermarkets, and in a much broader sense, the possibility of implementing RFID technologies in retail stores in the future. All of these examples highlight a significant contraction in terms of employment opportunities in retail.

There are many different stories that I could write about in this section, but perhaps the most interesting story, of late, is the one of Foxconn. For those who have never heard about the electronics-manufacturing giant from Taiwan, these are the folks that make a variety of parts for the iPhone, iPad, Xbox, Playstation, and many, many, other electronic products. According to this article from a Chinese news source:


'The company currently employs 1.2 million people, with about 1 million of them based on the Chinese mainland.'

It reveals the remarkable fact that in the next three years Foxconn plans to "replace workers with 1 million robots" — which basically means that they are going to employ more robots than people. Speaking of his more than 1 million employees, Foxconn chairman Terry Gou has said:


'As human beings are also animals, to manage one million animals gives me a headache.'

Now we've all heard this one before, the story about the factory that shuts its doors and moves overseas. For the last decade or so, one of the main reasons that have been highlighted by corporate media outlets – in terms of explaining the rise in unemployment across Western society – has been the outsourcing of jobs to countries with lower wages, namely China and other developing nations. My contention is that in the near future most of these task orientated manufacturing jobs won't employ people anyway, and this specific story from Taiwan only magnifies how technological unemployment is truly a global phenomenon of great significance.

Once you accept that robots and machines are replacing human beings across many different industries, we need to ask ourselves: to what end?

What else will the machines be capable of doing?

The following are two examples of technologies that are currently being researched and are rapidly developing as we speak:

Imagine a giant printer that can create a 2,500 square foot house in 24 hours, fixtures and fittings included. In case you haven't heard, 3D printers already exist and can create a variety of objects. According to this 'Economist' article:


'These include medical implants, jewelry, football boots designed for individual feet, lampshades, racing-car parts, solid-state batteries and customized mobile phones. Some are even making mechanical devices. At the Massachusetts Institute of Technology (MIT), Peter Schmitt, a PhD student, has been printing something that resembles the workings of a grandfather clock.' (Feb 2011)

The article also discusses research into printing an airplanes landing gear, which is made of titanium, and even the entire wing of an airliner.

I'm sure most people have seen them in science-fiction films (i.e. Minority Report, I Robot, Demolition Man, and many others) where people sit in a car that basically drives itself. Well, we've done it! Or at least, Google has.

In 2007, the Defense Advanced Research Project Agency (DARPA) held its third and final competition dubbed the "DARPA Grand Challenge" for unmanned land vehicles. The challenge involved navigating a 96km course in a simulated urban area. The rules required the vehicles to not only reach their final destination, but they also had to obey all driving regulations while negotiating traffic, as well as a variety of other obstacles.

Since six vehicles were successful and no more challenges have been announced, we can expect this technology to filter into the real world at some point in our lifetime. In fact, several states in the US are already trying to legislate these cars into reality and it's already legal in the state of Nevada. This means that in the future we will be able to step into an automate bus or taxi, and not be required to drive at all. This might sound a bit freaky, but it is absolutely technologically viable, it will save many lives and prevent millions of people from getting injured everywhere around the globe.

In his article ‘The Second Economy’, economist and professor W. Brian Arthur, describes a second (or parallel) economy that he calls the 'Digital Economy'. Metaphorically speaking, Arthur defines this second economy as a nerves system. It is a place where computers are "speaking to each other constantly" as actions from the physical economy enter into the digital economy and instigate additional actions within the digital economy. These computers and machines are

‘…in a constant conversation among multiple servers and multiple semi-intelligent nodes that are updating things, querying things, checking things off, readjusting things, and eventually connecting back with processes and humans in the physical economy.’

Additionally, Arthur describes the current process of boarding airplanes and transporting goods on international shipping containers, both of which could potentially be unmanned in the next few decades.

At this point, I’d like to share with you one quick and simple scenario of what we might see in the future. Since it’s already possible to shop for groceries online all you have to do is imagine an automated process that begins once you’ve confirmed your payment. Firstly, your computer transmits your shopping list to a machine in a warehouse. Based on the time you wish to receive your items, various machines begin to collect the desired products and, once this step is finished and your package is organized (bagging included), machines place your groceries in an unmanned vehicle. The vehicle waits to be loaded with a few more packages for other customers who live in your neighborhood and off it goes.

It’s important to note that once this type of system is in place, there is actually no need for any humans to be involved in the process — other than the ones making the orders, of course. If you can imagine this, you might also be able to visualize how people won't even be necessary in the process of producing the food itself. All of these processes and much, much, more can be accomplished using nothing but technology, mechanization, and automation.

The problem that Arthur foresees is that since “there is no upper limit to this“ our economic productivity will inevitably outpace job growth, and therefore society simply won't be able to sustain high employment levels. It's quite possible that we won't even be able to employ the majority of the population. The question then becomes: What will happen when unemployment surpasses 50 per cent? How will people be able to enjoy and afford the fruits of the machines labor if most of the population is unemployed?

One short-term solution will be to shorten the workweek and/or the amount of hours people work per day, but the much broader and long-term answer is that we will inevitably require a completely new economic system. Civilization will be forced to evolve towards a point where people will simply share this machine-made abundance, capitalism as we know it will cease to exist, and it won’t be necessary for us humans to deal with mundane tasks... those silly things that we currently call jobs.