Tasmanians rally to save the Mercury 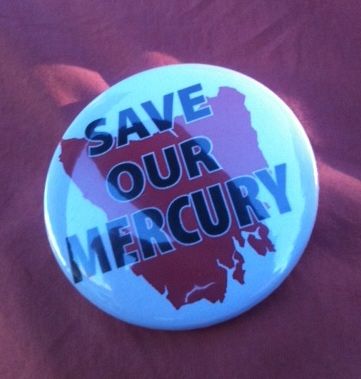 TASMANIA has an enviable reputation for quality and accountability in all we do and make as a society. It is an intensely proud State — it prides itself in doing things differently.

So should globalism as a worldwide trend with job rationalisations and upheavals stop at Flinders Island?

If you attended the ‘Save the Mercury’ rally on the Parliament House lawn recently, you could be excused for thinking that it did, or should, given the raw emotion of those present. Maybe it’s a Tasmanian thing to buck a trend of cost-cutting so accepted elsewhere.

What price does the loss of local employment and local sub-editing of primarily local news content have in an island State where local knowledge is king?

The Franklin dam protest was remarkable in its conclusion, the gay law reform another, as too the fact that Tasmania had the first licensed casino in the nation.

Will the threat of the loss of sub-editor jobs be the next test of this island State’s resolve to buck the trend?

What impact does a decision of this type convey?

As a small State and with the Mercury having a virtual monopoly of editorial content south of the “Ross Line” there’s always been a certain need for implicit trust in the relationship the readership has with the Mercury.

Trust is many sided but at the heart is the reality is that we must have trust in the accuracy of the finished product whether it is a car, a newspaper or a new home .

Reputations and goodwill in “small ponds” like Tasmania, in particular, are integral qualities which must be preserved at all cost; in smaller, more intimate societies like Tasmania a misrepresentation can and does have whole of life and whole of business longevity consequences.

The Mercury is relied upon by tens of thousands of Tasmanians and overseas and interstate readers for its accurate, up the minute content — judgements are made and careers are made and lost in a second of readership.


As a sole voice, a virtual monopoly can’t be taken for granted and must not be abused.

Along with the right to publish without fear or favor comes the duty and obligation to reduce the risk to the public of sloppy inaccurate reporting caused inevitably by rushed deadlines, by breaking news, by the sheer pace of today’s news hungry world, and by the requirement to be the first with the latest.

The newspaper equivalent of the thin blue line – there to protect the reputations of individuals and businesses, and of all institutions – are its sub-editors; coming to a story with an unbiased, unprejudiced view — checking, caring and protecting their journalistic colleagues and the public from unfortunate error.

In short, they protect the credibility and reputation of not just the Tasmanian community but also the reputation of the Mercury.

The local scene is just that — local — with all its nuances and peculiarities, personalities and complex organizational make ups. Let’s be honest here, we can’t say for sure we understand the subtleties of down town Geelong or an “UNACALABY East” and neither do they of us!

The only sure way to cover the issue of avoidable error and to reflect local nuance is to keep safe and develop even more what we understand is going well, namely to maintain local sub-editor professionals.

Perhaps the whole assessment of risk has been badly done in this case by News Limited, given that people on a small island are prepared to stand up and protest what they see as a breach of faith and a break-down of potentially over a century of trust.

Is this too emotive an assessment?

Only time will tell us. Could this be an ultimate down under attack on financial madness?

Tasmanians rally to save the Mercury