The Senate Committee investigating the sorry state of Australia’s news media has issued terms of reference and is collecting submissions, but Dr Martin Hirst doesn’t think it will change anything regarding the Murdoch empire.

WE’RE ABOUT TO GET yet another high-level inquiry into media ownership and bias in Australia, but don’t expect it to change the news landscape much, if at all.

There’s no doubt the Kevin Rudd petition calling for a royal commission into the power of News Corp was highly successful, despite efforts by the Murdoch media to discredit it through a series of misleading stories and attacks on Rudd’s credibility.

We all know how vicious Murdoch hacks can be in pursuit of an editorial agenda that shores up their boss’s interests. I’m just surprised that, so far, they have been restrained enough not to publish pictures of Kevin’s 2007 New York lap dance. 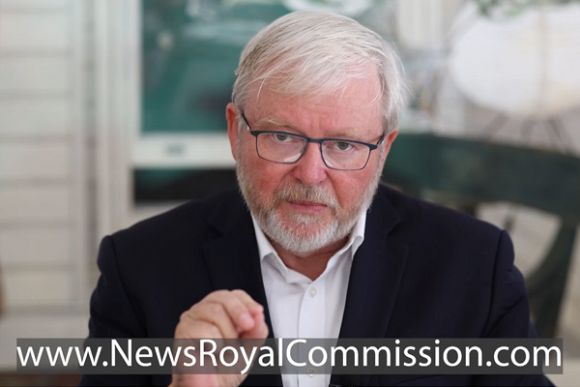 Despite all the noise and 500,000 signatures – give or take a few bogus names inserted by a mysterious Murdoch operative – there won’t be a royal commission; instead, there will be a Senate inquiry.

The Senate’s Environment and Communications References Committee will report on its findings by 31 March 2021 and has wide-ranging terms of reference for the inquiry:

‘The state of media diversity, independence and reliability in Australia and the impact that this has on public interest journalism and democracy...’

This statement is followed by a list of ten further points of interest including:

If all of this sounds familiar, it is because it is basically a rehash of several other similar inquiries since the 2012 Finkelstein review.

Haven’t I seen you here before?

In July 2019, the Environment and Communications References Committee opened an inquiry into Press Freedom. It was supposed to report by 4 December of 2019. It didn’t.

In March 2020, the Committee issued a progress report that was 76 words long and the reporting deadline was pushed out to 20 May 2020, but no report was issued on that date. We will now have to wait till the second sitting Wednesday of 2021 for the report into press freedom to be released.

The Press Freedom Inquiry terms of reference were framed around whistleblower protections and the ‘disclosure and public reporting of sensitive information’ – leaks, in other words – and how the Australian Federal Police handle sensitive inquiries into leaks.

It’s more likely that no report will be written and that it will be quietly folded into the current inquiry. What’s more interesting is that the 2020 Senate Inquiry has almost identical terms of reference to the last major Senate Select Committee Inquiry into The Future of Public Interest Journalism that convened in June 2017 and reported to the Senate in February 2018.

The Select Committee was tasked with investigating:

The Committee duly reported on time and made a series of recommendations, all of which seem reasonable:

Do I really need to remind IA readers of how many of these recommendations have been acted upon by the Liberal Government? 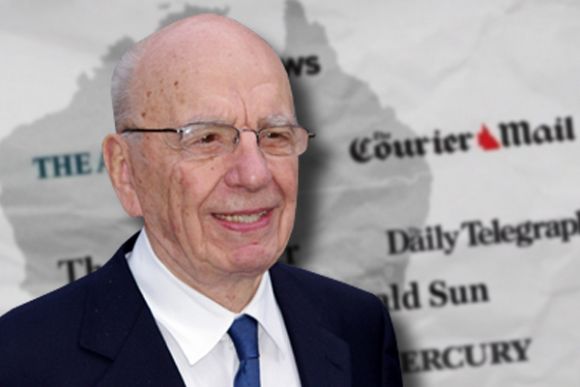 For the record: funding to the ABC and the SBS has declined every year since the 2013 Election; community television is effectively shut down, only C31 in Melbourne remains on air, all other community TV stations have shut in the last 18 months because the Government refused to give them certainty around licencing; none of the other recommendations have been actioned, bar one.

A few days after the Select Committee report was tabled in the Senate, a piece of legislation cryptically entitled Treasury Laws Amendment (Enhancing Whistleblower Protections) Bill 2017 was referred to the Economic Legislation Committee. After a brief series of hearings, the Committee recommended that the legislation be passed. It came into law on 1 July 2019.

Since then, the Morrison Government has spent about $3 million pursuing a secret case against whistleblowers who exposed a dirty tricks campaign and illegal spying by Australia against East Timor. So much for “protection”.

The Select Committee of 2017-18 held consultations and public hearings up and down the country and we reported on some of them. The transcripts are still online. The Committee also received some 75 submissions from academics, media organisations, lobby groups and interested individuals which are also online.

The same people and groups will no doubt make fresh submissions to the new inquiry and a variety of suggestions for change will be thrown up. Most of them will be half-hearted reforms that don’t go anywhere near far enough to curb the power of the Murdoch media (which was the actual point of the original Rudd petition).

Some of the submissions – particularly from the Institute of Public Affairs and its minions, from News Corp and self-interested lobby groups representing the mainstream media companies – will seek financial assistance for the failing media business model or will want the platform giants to be somehow throttled back with financial penalties.

Those seeking real change, like us independent media types, will be soundly and roundly ignored as we were last time... and the time before that.

We’ve been to this circus before — same clowns, same lame jugglers and the same ringmasters. 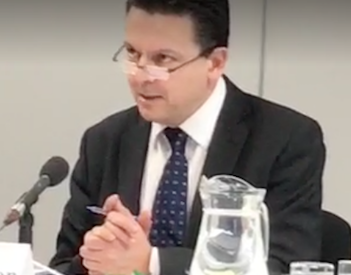 A Senate select committee holding hearings into the crisis in public interest journalism has Google and Facebook in its sights.

The Finkelstein inquiry was established by the Labor Government in response to an infamous Canberra doorstop media conference in which then Greens leader Bob Brown described the Murdoch slagheap as the “hate media”.

Here’s how I wrote it up at the time:

19 May 2011: On a mild mid-autumn day in Canberra, Greens leader Bob Brown held a fairly standard media conference to discuss climate change, emissions trading schemes and the carbon tax. During the Q&A session, Brown mentioned The Australian and questioned why it was editorially opposed to making the big polluters pay. The following exchange took place:

Brown: “The Australian has a position of opposing such action. My question to you is ‘Why is that?’”

Reporter: “As they said the other day, when you’re on this side, you ask the questions.”

Brown: “No. I’m just wondering why the hate media, it’s got a negative front page from top to bottom today; why it can’t be more responsible and constructive.” [Interjection]

Brown: “Let me finish. I’m just asking why you can’t be more constructive.”

Actually, that’s a fair question. The Australian would rather parade the ill-thought opinions of buffoons like Lord Monkton that get to grips with climate science. The science doesn’t suit the business interests of The Australian’s real clients [the coal lobby].

On that now fateful May day, Bob Brown made the point that the maturity of the climate change debate in Australia is questionable:

Brown: “The Murdoch media has a great deal of responsibility to take for debasing that maturity which is informed by scientific opinion from right around the world.”

Brown’s comments were reasonable but challenging the collective wisdom of the Murdoch press is never a good idea; it is at its most effective, ferocious, vicious and unforgiving when it is under attack.

Pack instincts kick in and that is what Bob Brown was facing that day on the lawns of the parliamentary courtyard. He was having a go at the coverage of climate change in the press and argued that The Australian’s reporting was “not balanced”, it was “opinionated” and “it’s not news”.

This was inflammatory stuff; several reporters snarled and barked back. Brown responded with a comment that really goes to the heart of this whole matter:

Brown: “You don’t like it when we take you on. Don’t be so tetchy, just measure up to your own rules.”

Unfortunately, but not surprisingly, it was the “hate media” grab – shorn of context – that made the headlines and the first (extremely rough) draft of history.

This was the genesis of calls for a public inquiry into media standards in Australia, but it was only the beginning.

And so here we are. Now it is Kevin Rudd and (weirdly) Malcolm Turnbull who are in the firing line as Murdoch hacks line up to chuck bombs at them.

Forgive my cynicism, but no amount of Senate Committee handwringing, no pile of worthy submissions, nor a ream of exemplary recommendations is going to change that, not until Murdoch quits this Earth.

And maybe not even then.