WIKILEAKS FOUNDER Julian Assange, even as he is being judicially and procedurally tormented, has braved every legal hoop in his effort to avoid extradition to the United States. Kept and caged in Belmarsh Prison throughout this farce of judicial history, he risks being extradited to face 18 charges — 17 based on the U.S. Espionage Act of 1917.

District Court Judge Vanessa Baraitser initially ruled on 4 January 2021 against the U.S., finding that Assange would be at serious risk of suicide given the risk posed by Special Administrative Measures (SAMs) and the possibility that he would end his days in the ADX Florence supermax facility.

It took little to read between the lines: the U.S. prison system would do away with Assange; to extradite him would be oppressive within the meaning of the U.S.-UK Extradition Treaty.

The U.S. Department of Justice appealed to the High Court of England and Wales, citing a range of implausible arguments. Baraitser, they argued, could have sought reassurances from the prosecutors about Assange’s welfare. 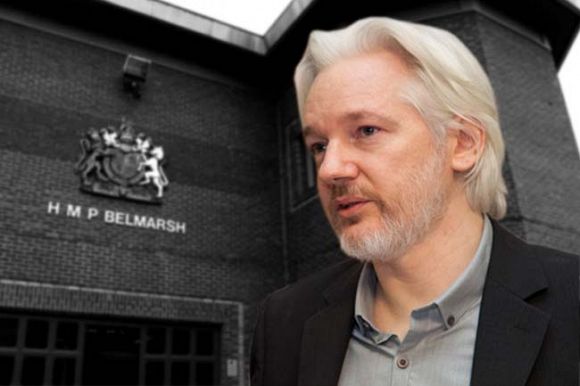 WikiLeaks founder Julian Assange has now been in the maximum security facilities of Belmarsh Prison for over 1,000 days.

A number of diplomatic reassurances were duly offered after the fact. Assange would not be subjected to SAMs, or spend his time in the supermax facility. Adequate medical attention to mitigate the risk of suicide would also be provided. Just to sweeten matters, the publisher would be able to serve the post-trial and post-appeal phase of his sentence in Australia.

Every one of these undertakings was served with a leaden caveat. Everything was dependent on how Assange would behave in captivity, leaving it to the authorities to decide on whether to honour such undertakings. Given that the U.S. authorities have previously instigated surveillance operations against Assange while he was in the Ecuadorian embassy and contemplated his possible poisoning and abduction, such undertakings sounded crudely counterfeit.

The Lord Chief Justice of England and Wales Ian Burnett along with Lord Justice Timothy Holroyde, in their December 2021 decision, ate from the hands of the U.S. prosecution:

‘[They did] not accept that the USA refrained for tactical reasons from offering assurances at an earlier stage, or acted in bad faith in choosing only to offer them at the appeal stage.’

There was no evident ‘basis for assuming that the USA has not given the assurances in good faith’.

It followed that Assange’s suicide risk would be minimised — he had, the judges reasoned, little to worry about. He would not be subjected to SAMs or be sent to ADX Florence. 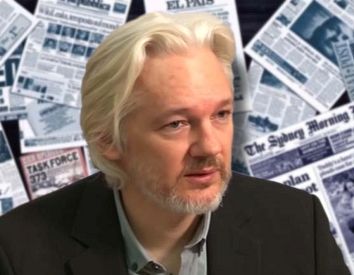 Assange’s legal team made several formidable arguments, suggesting that the U.S. prosecution had inappropriately introduced fresh evidence against an adverse ruling “in order to repair holes identified” in their case. Natural justice issues were also at stake given the timing of the move to provide assurances at such a late stage. There were also issues with the “legality of a requirement on judges to call for reassurances rather than proceeding to order discharge”.

Members of the defence readied themselves for an appeal.

In a short ruling on 24 January, Lord Burnett kept the grounds of the appeal to the UK Supreme Court anaemically thin:

“Assurances [over treatment] are at the heart of many extradition proceedings.”

The question left facing the Supreme Court was a lonely one:

“In what circumstances can an appellate court receive assurances from a requesting state which were not before the court at first instance in extradition proceedings.”

This did not even consider the point that diplomatic assurances are not legal considerations but political undertakings to be modified and broken. 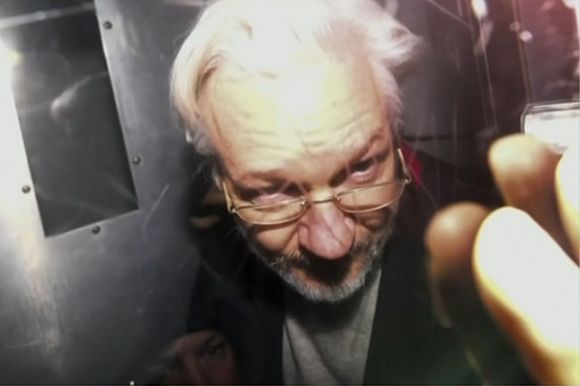 Other public interest grounds were also excluded. No mention of press freedom. No mention of the role played by the CIA, the dangers facing Assange of ill-treatment in the U.S. prison system, or risks to his mental health.

There was nothing about the fact that the prosecution case is wretchedly shoddy, built upon the fabricated testimony of Sigurdur “Siggi” Thordarson, famed conman, convict and trickster. This was an appeal encumbered with the serious prospect of failure.

Despite this, Assange’s partner, Stella Moris, was initially confident that the High Court had done enough, certifying that:

“...we had raised a point of law of general public importance and that the Supreme Court had good grounds to hear this appeal.”

On 14 March, Moris and others of the same mind were roundly disabused. The Supreme Court comprising Lord Reed, Lord Hodge and Lord Briggs was curt in dismissal.

In the words of the Deputy Support Registrar:

‘The Court ordered that permission to appeal be refused because the application does not raise an arguable point of law.’

Supreme Courts refusal to grant Julian appeal is outrageous. How can it not be an arguable point of law that the High Court based its reversal on a worthless paper called US "assurances"? - We are told our core values are under attack. Well, defend them and stop this nonsense. pic.twitter.com/BbItTOEUcG

Birnberg Peirce Solicitors, the firm representing Assange, expressed ‘regret that the opportunity has not been taken to consider the troubling circumstances in which Requesting States can provide caveated guarantees after the conclusion of a full evidence hearing’. In the matter of Assange, ‘the Court had found that there was a real risk of prohibited treatment in the event of his onward extradition’.

Dismay at the decision was expressed by Amnesty International’s Deputy Research Director for Europe, Julia Hall:

“The Supreme Court has missed an opportunity to clarify the UK’s acceptance of deeply flawed diplomatic assurances against torture.  Such assurances are inherently unreliable and leave people at risk of severe abuse upon extradition or other transfer.”

The next stage in this diabolical torment of the WikiLeaks founder involves remitting the case to Westminster Magistrates’ Court, which will only serve a ceremonial role in referring the decision to the Home Secretary, Priti Patel. Only the most starry-eyed optimists will expect extradition to be barred. (Patel is fixated with proposed changes to the UK Official Secrets Act that will expansively criminalise journalists and whistleblowers who publish classified information.)

The defence will do its best in submissions to Patel ahead of the decision, but it is likely that they will have to seek judicial review.

In the likely event of Patel’s approval, the defence may make a freedom of press argument, though this is by no means a clear run thing. It will still be up to the higher courts as to whether they would be willing to grant leave to hear further arguments. Whichever way the cards fall, this momentous, torturous journey of paperwork, briefs, lawyers and prison will continue to sap life and cause grief.