Will Dan Evans be the new David who could slay the mighty Goliath, Murdoch, with his slingshot? Rodney E. Lever reports.

For he may be a new David who could slay the mighty Goliath with his slingshot. With a name like Evans he may well be a Welshman who will bring down the most world’s most powerful media magnate (who has a Scottish-Israeli background).

This bold and refreshingly honest 38-year-old newspaper reporter came forward to tell the world that he personally hacked hundreds of telephones because that was his job when he worked for Rupert Murdoch on the News of the World.

Well done former Murdoch journalist Dan Evans for coming clean and having the guts to give evidence against Andy Coulson. #HackingTrial

His revelations have thrown a whole new light on to Rupert Murdoch and the hacking scandal and the way the company and its senior administration have tried to absolve themselves of any knowledge of what was going on.

He has more courage than Rebekah Brooks, Andy Coulson, James Murdoch and Rupert Murdoch, put together. He was not a rogue reporter. He was doing his job as he was told to do and nobody told him that it was a crime. This fact alone could raise important evidence of corporate malfeasance now part of the ongoing investigations.

Evans faced up to his crimes and admitted them in every detail, while his superiors, including the mighty Murdoch, ran for cover and refused to show remorse.

As Dan Evans is sentenced to 10 months suspended for a year in the #hackingtrial, see our #hacking video: http://t.co/Xtvkyb1PG7

Evans was sentenced to ten years in jail — more years than his boss Coulson had received. But Mr Justice Saunders has suspended the sentence in the expectation that Evans will offer more vital information in further trials and to Operation Weeting in the U.K., the United States Department of Justice and the Federal Bureau of Investigation.

Their investigations are continuing, and include sifting through eighteen thousand of possibly incriminating emails that were supposed to have been destroyed at News of the World. Copies turned up later at the New York headquarters.

Judge Saunders said that getting people who work in newspapers to provide information about their work was almost impossible.

Evans’ solicitor told the judge that Evans had come under “intense pressure” to produce stories and that he became reckless with some of his work.

“He became depressed and demoralised and hated what he did. He could only apologise to the people he had offended."

Former News of the World reporter gets suspended sentence over phone hacking http://t.co/oW1zd0LD4H 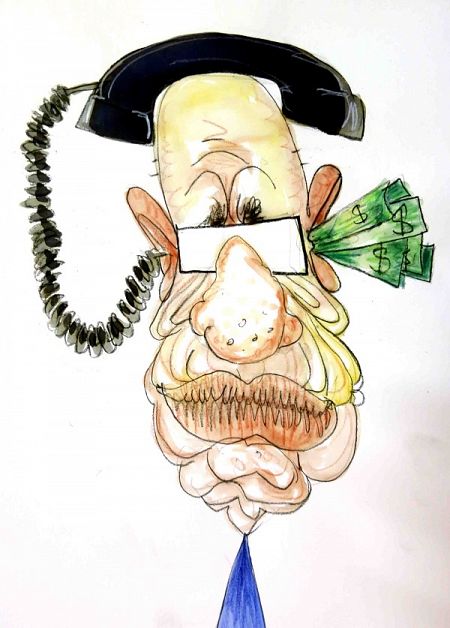