A NUMBER of significant mistakes identified in federal government records set up to monitor banking service levels across Australia have been corrected.

Former rural bank sites that had been wrongly listed as full-service bank branches since the Australian Prudential Regulation Authority (APRA) began tracking bank numbers two decades ago have now been downgraded because they do not meet the cash provision service levels set out under legislation.

Most of these sites, which have been part of the Bendigo and Adelaide Bank (Bendigo Bank) network since Rural Bank was de-licensed and absorbed in 2019, are now listed in the “authorised deposit-taking institutions' point of presence” database as “other face-to-face” rather than “branches”.

The correction of the classification errors – first identified in an award-winning story published by The Regional in May last year – sets a precedent for APRA to fix other mistakes in its database.

Rabobank, which like Rural Bank directs customers to Australia Post for cash needs, has been incorrectly listed as having full-service bank branches in APRA data since it opened a network of rural branches in 2008. Just over 120 of these cashless sites remain in APRA’s current branch data.

APRA chairman Wayne Byres was questioned in Senate Estimates earlier this month about these errors and a move by National Australia Bank to make some of its branches cashless.

Roberts then asked Byres if he would:

“... ensure all branches that do not accept and issue cash are downgraded to ‘other’ rather than continue to show as a bank branch?”

“I think that's where they should be reported already. If they are not, we would need to make sure that they were.”

It is not known yet how the corrections to Bendigo bank data have impacted APRA’s statistics for banking service levels, particularly in regional Australia.

Two weeks ago, I set out to do a simple check of Bendigo Bank data in the latest edition of APRA’s authorised deposit-taking institutions' points of presence database.

Having done this many times before, I knew to go to the “important notices” section first to see if there were any revisions that may impact my reporting of figures.

There was nothing to see there, so I dropped the 2021 data into mapping software. The first thing I noticed was that a number of the 217 Bendigo Bank sites that I had identified last year as being wrongly classified as “branches” were now listed where they should be — as “other face-to-face”. 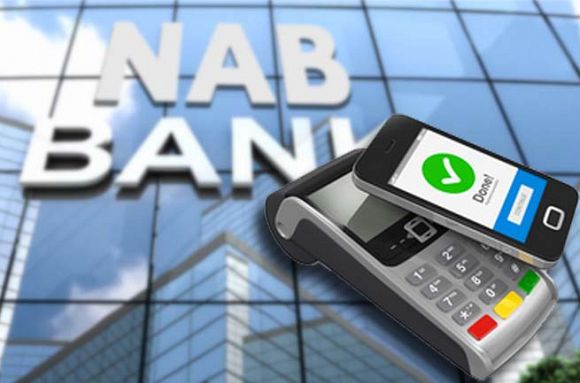 The definition of what makes a bank a bank has never been more important as NAB starts to quietly downgrade branches to cashless services.

To get an idea of how many sites had been amended, I began comparing the 2019 and 2020 data that was published below the current figures in the new edition. What I saw made me feel sick.

The errors I had reported last year weren’t there and the numbers made no sense. This wasn’t just a few branches — the number involved represented a 40% change in the Bendigo Bank branch network.

I had won a Quill award for this story, so was starting to feel quite distressed: how could I have got this so wrong?

Then instinct kicked in.

I had downloaded the 2018, 2019 and 2020 versions of the points of presence data when it was first released each year, so I went back to look at the original versions.

I was very relieved to find everything as I had reported it: the 2018 Rural Bank branch sites had been incorporated into the Bendigo Bank lists in 2019 and had remained there, listed as branches in the next edition of the data published in October 2020.

Sometime between October 2020 and October 2021, the classifications had been quietly corrected. But the thing is, changes were also made to the historic data (2019 and 2020) in the 2021 edition (each edition of the points of presence data contains datasets for the previous four years).

Adding to the confusion, there was only a small difference between the Bendigo Bank’s “other face-to-face” list pre-merger in 2018 and 2021.

The result of this was that anyone looking at the latest edition of the points of presence data without mapping it would never know the rural banks had been integrated into the Bendigo Bank network and the classification errors corrected.

Is "sneaky" the word I am looking for? Possibly.

Was this above board? From my point of view, no.

My annoyance over the way these changes were made was so great that I spent nearly two weeks auditing the 2021 Bendigo Bank data and comparing it against the last published Rural Bank branch network in 2018.

Again, as I pointed out in my initial stories, journalists generally do not have the time to verify official data and shouldn’t have to.

What I found was, that sometime between APRA’s points of presence data being published in October 2020 and again in October 2021, around 76% (163 sites) from the original Rural Bank “branch” network and still operating under the Rural bank brand were – or appear to have been – changed to the correct “other face-to-face” classification.

However, another 14% (30 sites) that are still operating as Rural Bank-branded Bendigo Bank sites have disappeared from the records. The remainder has closed or it is impossible to tell what the true situation is.

This is because the Bendigo Bank geographic coordinates published by APRA were a dog’s breakfast. Service channels were found in residential areas, paddocks and bushland — even a public toilet.

I had to cross-reference most of the 217 sites with the Bendigo and Rural banks’ online listings to try and pin down what was going on.

If you are reading this Mr Byres, why is it so hard to find out where a bank is located?

I don’t think this is what the committee behind the Money too far away inquiry into regional bank closures had in mind in 1999 when it recommended the establishment of a 'collection of comprehensive data showing the access communities have to financial services'.

That committee – which included current Labor Party Leader Anthony Albanese – would tell you that in regional Australia, in particular, the distress over bank closures mainly centres on the ability to access and deposit cash. Businesses need to be able to bank their takings and get cash floats, and those people who don’t use digital banking need access to their money.

At a time when there is more cash circulating in Australia than at any time in our history, being able to walk into a proper bank is just as important as it has ever been.

All Mr Albanese and his colleagues wanted to know about were the towns at greatest risk of a total loss of services. Errors in the APRA database have masked this for decades.

Thanks to the Financial Sector (Collection of Data) Act 2001 and the Reporting Standard ARS 796.0 Points of Presence, the requirement that a bank “branch” provides a face-to-face service that accepts cash and other deposits (including business deposits) and provides change is enshrined in legislation.

It’s time for APRA to start checking the information that banks are providing before publishing it.

And while the regulator is at it, why on Earth muck around with geographic coordinates? Just tell us where the bloody banks are.

This article is Part 5 of a series — you can read Part 1 here, Part 2 here, Part 3 here and Part 4 here. Interactive maps charting a breakdown of bank closures via electorate can be found here.