Journalists provide an essential role in the integrity of democracy and when their work is compromised, we all suffer, writes Rashad Seedeen.

WHEN IT COMES to Twitter I’m more of a reader rather than a writer. Lately, I’ve been observing the running battles between prominent mainstream political journalists and avid readers of said journalism. It is a brutal sport.

Chris Uhlmann’s contempt for Twitter critics is palpable, recently declaring them to be ‘the bigoted pitchfork brigade’. Meanwhile, The Australian’s Peter Van Onselen decried being labelled a "partisan hack" following an article he recently posted on the Andrews Government’s reforms to public health units.

Just by sheer scale and volume, the wall of criticism from Twitter users can appear to their intended targets as a mob. But just because there’s lots of noise doesn’t mean that their criticisms aren’t valid. 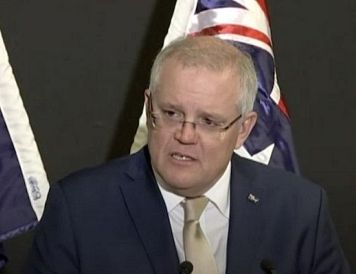 Of late, it has become increasingly frustrating to follow the news.

More recently, the day after my article on press release journalism was published on Independent Australia, I was surprised to see that Phil Coorey was now following me on Twitter and had sent me a direct message.

‘Rashad, your piece was a [sic] utter disgrace. I was calling out Victoria’s contact tracing failures weeks before while your mates line [sic] Osman were still kissing Dan’s’ [sic] bum. As for press release journalism, seriously? What a cheap, flawed and juvenile piece of crap you wrote. Stick to teaching.’

Apart from the glaring typos (teachers never turn off) I couldn’t help but notice the irony of being called juvenile by a professional journalist who thought it pertinent to write an enraged private message that also included throwing shade at the rather innocent bystander, Osman Faruqi (not a mate by the way, but my DMs are open). This is peak high school and I should know.

But ultimately this private message of barely contained aggression reinforced a wide held belief – especially among the "bigoted pitchfork brigade" – that mainstream journalists are becoming increasingly incensed at the notion that the general public can hold them to account through platforms like Twitter and independent news sites like Independent Australia.

These journalists find it offensive in the extreme that the general public no longer passively consume the media but now critically engage with it in various ways.

Media academic, Tim Dunlop has remarked on this in relation to journalists’ outrage over the treatment of The Australian’s Rachel Baxendale on Twitter in relation to her hard-line questioning of Victorian Premier Dan Andrews.

Dunlop acknowledged that some criticism directed at Baxendale on Twitter was ‘unfair and abusive’. In no way did Rachel Baxendale deserve the abuse and threats she received during this period.

However, as Dunlop points out, there was also legitimate criticism over her line of questioning at the Andrews’ press conferences and how the media had been failing the general public for years.

Despite these legitimate concerns of our mainstream media, journalists across the Australian Twittersphere circled their wagons and expressed absolute disdain and the highest offence at the notion that one of their own could be called into account, labelling all critics as trolls and an unhinged mob out for blood.

Criticisms from audiences have so deeply infuriated journalists like Coorey and Uhlmann as we are deemed undeserving of such power and our concerns can be dismissed as those from tribalistic mobs or, as Coorey put it, 'your mates'.

Which brings us to Coorey’s last line of ‘stick to teaching’ — in other words, "shut up and teach". It’s not my place to question or criticise journalism — just read and say thank you.

Unfortunately, I can’t help myself, so let’s use Phil Coorey once again as an example of what not to do as a journalist.

Coorey’s article, ‘Green bodies to fund hydrogen, carbon capture’, was another example of press release journalism that outlined the plans of the Federal Government to change the mandates of the Clean Energy Finance Corporation. It detailed quotes from Morrison and Andrew Liveris, the former chief executive of The Dow Chemical Company and current adviser to Morrison on his gas policy.

This piece is little more than a summary of the Morrison Government's plans and the political process of getting this legislation passed with critics like "green groups" glossed over, simply described as being "angered" and suppliers and generators having "outrage". Meanwhile, Liveris was given the right of reply and described complaints from the sector as “whingeing”.

All many of us want is for Phil to pick up a phone, call some experts or people from these mysterious green groups and report their actual thoughts on this proposal.

Only four months ago, Greens Leader Adam Bandt described proposed changes to the CEFC as a "trojan horse" for coal and gas. Maybe Coorey could ask Bandt to elaborate on such concerns?

Making changes to the CEFC and ARENA are quite significant. Readers would actually appreciate the environmental, economic and political implications of such a change.

Just some attempt at providing balance and deeper meaning would actually go a long way in giving Coorey's readership a chance to derive an informed opinion on such an issue. I don’t think that is "cheap, flawed or juvenile", really.

I am not the only one who has noticed this form of press release journalism among the mainstream media. One of the most common comments on the Facebook post for my article was how "bleeding obvious" this analysis was.

Audiences are increasingly aware of bias in media coverage and calling journalists out on it.

Further, audiences are noticing the uncomfortably close relations that reporters have with people in power. If journalists are going to simply regurgitate the talking points of a politician, people are going to take issue.

And it’s not just punters who are calling this out.

Dr Tim Dunlop recently commented on Twitter that The Australian’s bias reminded him of the Stalinist newspaper, Pravda.

‘...believing that the attack on Andrews’ pathway was orchestrated between the Govt, business and some media all singing off the same page of dot points?’

Most recently, Michael West systematically dissected the mainstream media’s treatment of the Federal Government’s gas plan as a form of propaganda.

His opening salvo is worth noting here:

‘This is not journalism. This is stenography. This is not balanced reporting. This is reporting a government press release one day early.’

The mainstream media is failing us and it needs to be held to account.

Journalists provide an essential role in the integrity of democracy. When their work is compromised, we all suffer. Criticism of their work is not an attack; it is a plea to do better.

And that’s where I would like to finish. This might come as surprising, but I am a long-time fan of Phil Coorey’s work. For years he has been one of my favourite panellists on Insiders, providing fair analysis and important insights to the machinations of Canberra. I have not always agreed with his conclusions but found his interpretations to be informed and engaging. I don’t know where that Phil Coorey has gone but I want him to come back.

This week's arguments about the role media have focussed on the treatment of Dan Andrews, but that isn't what this is really about. The concern coming through from citizens is about a deep sense that the media is failing them, a concern that has been building for years.

Rashad Seedeen is a school teacher and a PhD candidate in International Relations at La Trobe University, Melbourne. You can follow Rashad on Twitter @rash_seedeen.