BACK IN MID-2020, we published our first story on lawyer and self-professed property expert Dominique Grubisa.

In that article, we highlighted that Grubisa promotes strategies to acquire properties from distressed home-owners who are facing repossession, are parties to Family Court proceedings as well as other “motivated sellers”, such as deceased estates.

Let’s be brutally honest about the messaging from this business. It is about “targeting” others who have lost a loved one, who are going through relationship breakdown or who face repossession of their home or some other misfortune. The language and strategies are not subtle. It is the strategy of the vulture.

We reported that Grubisa’s conduct in distributing lists containing the personal details (names, addresses and Google Maps links) of parties to Family Court proceedings had been referred by the Court to the NSW Law Society and the Australian Federal Police.

The issue was raised again in a story by multi-award-winning investigative journalist Richard Baker in a story published in The Age on 28 November 2020.

In a response to a question from Baker about the referral, Mrs Grubisa responded as follows:

That may be so, but IA is aware that lawyers representing Grubisa were indeed aware of such a referral by an email sent by the Family Court prior to us publishing our first story ─ an email that was copied to Grubisa’s lawyers.

More than one-and-a-half years on from our initial story and two-and-a-half years since the issue was raised with the Family Court, Grubisa continues to distribute these lists to her students as part of her “Elite Mentoring” and “Fast Tracker” programs.

In a Nine A Current Affair segment (above) broadcast in May of last year, Grubisa said to reporter Steve Marshall,“I’m proud of what we do. I don’t resile from that.”

“You are proud of trawling the Family Court lists?” Marshall asked [IA emphasis].

Despite her denials, that is exactly what Grubisa does. Week after week, month after month, year after year, the names, addresses and Google Maps links of parties to Family Court proceedings are distributed by her DGI Institute.

In a video on the DGI website, Grubisa explicitly describes her team trawling the court lists [30 minutes in]:

We also want to cut out the time and effort involved for you. So rather than you having to look through court lists and join the dots which is like 20 hours plus a week, we do all that for those who do elite mentoring. So, in other words we have a crack team constantly trawling court lists and every week we give you an off-market leads list. So that is every case Australia wide that has a court radar of every different type of distress. So, it’s saving you at least 20 hours a week there.…

Similarly, we give you a weekly on-market leads list. So, for the last 11 years we’ve been watching court lists like a hawk. We know every case. Like over 70,000 that have hit the legal system that are currently on a watch list. They haven’t come out the other side. But every week we wash or filter that list. And you’re getting everything that’s coming on the market that week with the distressed history.

So that’s the low-hanging fruit for you.

Those of Grubisa’s students who sign up to her Real Estate Rescue package are taught how to trawl the registers for details of parties to Family Court proceedings.

In one of her courses, Grubisa explained how it works:

Let’s look at searching for divorces in the Federal Court, circuit court. That comes under Family law matters.

Let’s take, for example, NSW Family Law. And we can look in the Sydney Court. So, these are all divorces….

Now with the different surnames, sometimes they are de factos; sometimes the spouse goes back to her maiden name or whatever. Don’t worry about that. This would be the same name… um… Ward. They’re both husband and wife and they’ve kept the married name.

Either way they are all going to be over divorce issues. Doesn’t necessarily mean that there is real estate involved. People get divorced without actually owning real estate.

Leaving aside the moral repugnancy of targeting people going through divorce, it is not that all the matters listed are over divorce matters. The issues that come before the Federal Circuit and Family Court are more wide ranging.

‘The Court’s family law jurisdiction includes applications for divorce, applications for spousal maintenance, property and financial disputes, parenting orders, enforcement of orders, location and recovery orders, warrants for the apprehension or detention of a child, and determination of parentage.’

Nothing on the Court list identifies the nature of the proceedings.

A recovery order is an order of the Court, which can require a child to be returned to a parent, a person who has a parenting order which states the person is to be able to live with, spend time with or communicate with that person, or a person with parental responsibility for a child. Orders of the Court may relate to restraining the removal of a child from Australia.

Which means that parties subject to such intensely personal proceedings are having their personal details distributed by Grubisa to her students.

Despite Grubisa outright denying she trawls the Family Court list to A Current Affair, her written material belies her words.

At page 79 of the Real Estate Rescue manual provided to her students, Grubisa states blandly, “divorce is an opportunity but obviously a tricky one”.

Then on page 80, she outlines her remorseless scheme:

‘We are in the business of making money from distressed asset sales. We ask, we search, we knock, and we win.

The goal is to find that homeowner one payment away from repossession or that motivated vendor due to a divorce, death or bankruptcy and other debt.’

Grubisa has prided herself on appearances in the national media and on TV.  The logos of prominent media organisation appear on her marketing.

(Despite receiving negative publicity from both, the logos of 'A Current Affair' and the Sydney Morning Herald still appear in DG Institute promos)

In the interview in the ACA segment in May last year, this exchange took place between reporter Steven Marshall and Grubisa:

Marshall: “We helped launch you.”

Marshall: “Then after speaking to these people, we’re sort of regretting that.”

That hasn’t stopped Grubisa continuing to use the logo of A Current Affair and the Sydney Morning Herald, who have published several less than supportive articles.

Over the past year or so, Grubisa has taken her vulture-like strategies to a new level, spruiking the use of new technology.

Students of her fast tracker and elite mentoring programs are provided with access to what Grubisa describes as DG Institute’s world-first artificial intelligence software, FastProperty.

At about 42 minutes into in a video on the DGI website, Grubisa claims authorship of the software:

“We built [FastProperty] from the ground up — a custom-built platform for property developers.”

The software is not of DG Institute’s creation but rather software designed and produced by Sydney-based IT developers, Archistar.

DG Institute adds the court list details to the Archistar platform to make it easier for her students to target those in financial or relationship distress.

We feed that all through… 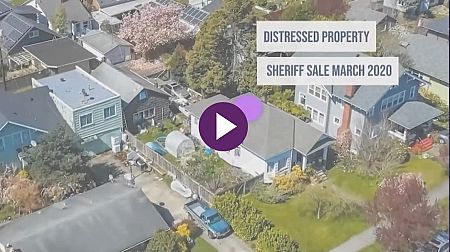 Beyond targeting those in financial or emotional distress, Grubisa’s also provides her students with a target list of people over the age of 70.

In another video, Grubisa claims she has sophisticated information about over 70s as well:

Because of the breadth and depth of our marketing data and because data is the new gold and it’s everywhere we have the downsizers fed into this inner layering. So, in other words you would never ever know that this was possible. No one else would ever know that over 70s or 80s live there. You can look at the garden and think gee it looks decrepit. You can wonder because it’s old fashioned. But you would never ever know that granular data unless you have that overlay. No one else in the property space has this.

Where the DG Institute apparently sources the personal details of people over 70, Independent Australia cannot say.

Why did the Family Court decide it was appropriate to refer Grubisa’s conduct to the NSW Law Society and the AFP?

Why it is that, years after the referring, nothing at all seems to have been done.

We suspect those going through Family Court proceedings would want and expect their privacy to be maintained, not for their details to be “sold” to Grubisa’s students for her commercial gain. 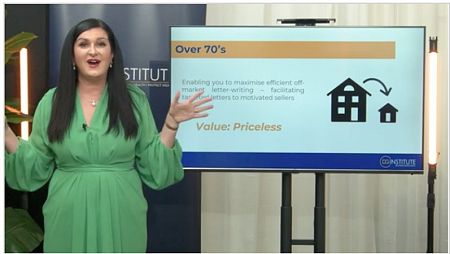