Human rights advocate and barrister Julian Burnside AO QC talks about his disenchantment with newspapers and the vital need for more than just two voices in Australian media.

I DON'T READ NEWSPAPERS all that much, but when I do I'm disenchanted.

It was some years ago, I guess, that I started doing cases the media were interested in and naturally, being an eager young barrister, I'd look for the report.

I'd read it and think:

I couldn't believe how completely unconnected to reality the mainstream media reporting was of things about which I knew. It made me think perhaps I couldn't rely on it on other subjects — things I didn't know about.

The media in Australia – the mainstream media – is obviously very tightly held; there's basically only two viewpoints and most people only listen to one of them. That really annoys me.

The more independent media we have, the more likely it is Australians generally will understand what is actually going on and be able to form views that reflect reality.

“A patriot must always be ready to defend his country against his government.” Edward Abbey

Keep reality alive in Australia by subscribing to Independent Australia. Subscriptions start from just $5 a month or $50 a year and offer a great range of extras.

CLICK HERE TO FIND OUT MORE ABOUT SUBSCRIBING TO IA 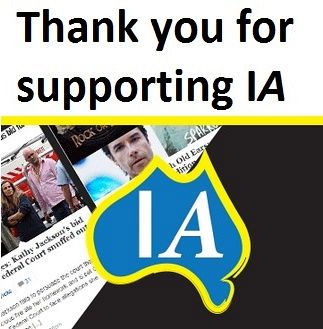 Deaths at sea are the new excuse for cruelty. Now, we use drownings as excuse to punish survivors. So read this: http://t.co/TxZGocNmE5