Some men feel that they have the right to rob us not only of our innocence and our right to feel safe in our own community, but of our sense of decency, writes Denise Allen. 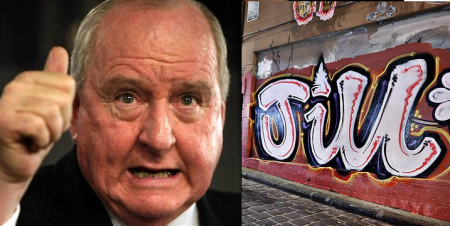 TODAY, and for the past few days, I – like thousands and thousands of other people, both women and men, in Melbourne and around Australia  –  have been feeling quite gutted.

My emotions are raw, I have an overwhelming sense of sadness and I’m angry.

I’m angry and so very sad that a lovely young woman’s life has come to such a tragic and horrible end simply because she choose to walk 700 metres alone, in the early hours of the morning, along a busy, lively, inner suburban main road to her home.

I cannot begin to imagine the pain and immense grief Jill Meaghers husband, parents and brother, extended family and friends must be enduring.

My daughter has lived in this community for some years and I know the vulnerability she now feels because an evil man has stolen the innocence of her local community.

Multiply that by a million+ and you will have some idea of Jill’s family’s grief.

I believe Jill’s passing has hit home to so many of us because, at the end of the day, she was just like one of our own. A daughter, a sister, a friend. She worked for one of our high profile radio stations, the ABC, where household names struggled with their emotions all week as they continued to talk to us over the airwaves and attempt to deliver their normal programming.

Jill’s disappearance and subsequent tragic passing became very, and all too, real to us all.

But it is curious the way the public react to such violence perpetrated in our streets.

In June 2011, a young schoolgirl Siriyakorn Siriboon (known as Bung) of Thai descent, living in Australia in the outer suburb Melbourne suburb of Boronia with her mother and step-father, was snatched from a suburban street on her way to school, never to be seen again.

The reaction was one of absolute shock and parents in the vicinity took extra vigil over their children for a few weeks.

No one marched in the street.

No one marched in the streets.

Why then, would the violence perpetrated on a beautiful young middle class woman living in a trendy inner suburb of Melbourne cause such an outpouring of grief, when the abduction of a young Thai girl living in an outer suburb and the murder of a prostitute could not.

Because to the majority of Australians she was just like us. One of us.

For some strange inexplicable reason, we do not seem to identify with those who we deem “different”.

We still feel “shocked”. But we don’t feel the overwhelming sense of inner grief we feel for someone who is “just like us”.

Reflecting on this and the public’s reaction, I now look back in sorrow at the immense grief that Bung's mother and stepfather and Jazzy O’s family have been feeling for the past twelve months and how little so many of us cared about their loss.

The attack on Jill has proved that this sort of violence can happen to middle class professional young women.

Although there have been many organisations fighting the good fight against violence towards women, hopefully the powerful march yesterday in Sydney Road, Brunswick, will be the continuance of a now very powerful and vocal movement that will continue the fight that says we will not tolerate this anywhere, anymore, on anyone.

Jill’s loss, although tragically, painfully sad, will not have been in vain. It has opened the eyes and hearts of so many to the violence perpetrated in our suburban streets on women of all ages, race and class.

They have marched in the streets now ― for Jill, for Bung, for Jazzy O and for all women who have been victims of violent crime.

Then, on a day when around 30,000 people marched in peace and solidarity against violence towards all women along Sydney Road Brunswick, we once again – but certainly not to the same extent – have our sense of decency and what’s right shattered by the insensitive and cruel comments toward our Prime Minister by radio shock jock Alan Jones.

I do not in any way liken Jill Meagher's tragic loss and the grief that her family and friends are feeling with Jones insensitive cruel comments.

Alan Jones has been spewing his vile comments about the PM for the past two years but this most recent contribution to his litany of abusive rantings has sunk even him to a new low.

What has become of our country where the ugliness of egotistical human beings like Jones think they can say what they like and then only offer an apology when the comments in question reach social media and there is an outcry of disgust?

The comments were made a week ago at a Sydney University Young Liberal function and only came to light because a journalist at the function had taped Jones’s speech.

Jones, in his so called apology at a press conference yesterday morning, alluded to the fact that it was a “private function”, implying that the comments were ok to make but should never have been reported to the outside world.

He then blamed someone else for saying the comments in the first place ― at a young boys birthday party no less. One can only imagine the standards and morals by which this young boy is being raised, if this is the sort of conversation being carried on at his party. And having someone with Jones’s background as his Godfather is a whole new article.

The whole point of this article is to say “enough is enough”.

We have a right to feel safe in our streets.

We have a right to decency and respect in our political discourse.

Men do not have the right to abuse our trust, our gender, our vulnerability and sense of decency.