The Canberra Press Gallery Committee has knocked back Independent Australia and its nominee from gaining representation. Callum Davidson explains what happened.

A few months back, myself and David Donovan, managing editor of Independent Australia, agreed it was high time that the vocal and growing online community of Australian political blogs deserved a voice in the Press Gallery of Parliament House.

As it turns out this is a difficult task to accomplish.

The concept began in the Twittersphere and I believed I had a fair claim to represent Independent Australia – and perhaps other online outlets – as a correspondent from the halls of power on The Hill. I hold an Advanced Diploma in Journalism and have been working freelance for a while now; but infinitely more importantly, I live a stone's throw from Parliament House in Canberra.

The press gallery is a bizarre and fascinating beast. Most of the Australian public still digest their political discourse from those guardians of information tethered to the cramped dorms on Capital Hill. All major mainstream news outlets, both television and print, have long had reporters stationed directly within our political elite. From Fairfax to News Limited to ABC, journalists mix with Federal politicians and their staffers, conversing with media opposition and rapaciously competing when necessary. But with the aspirational digital age and the declining fortunes of traditional media, would they let an outsider in?

The short answer, at least in my case, is no.

To an outsider, the process is a bit strange. There is a Press Gallery Committee made up of working political journalists who decide who can and can't enter the clique. Former Fairfax employee Margo Kingston informed me that to apply for such a position I would need to get in touch with the current President of the committee and seek accreditation. Brandishing my credentials and Independent Australia's backing, I got in contact with David Speers – the current President – and put my case forward.

The reply was a polite but unconditional rejection.

The reasons were as follows:

Sorry for the delay in responding to this. It’s been a busy period and difficult finding time for the Press Gallery Committee to meet and assess a number of different requests.

The Committee has decided to decline your request.

Generally new entrants to the Press Gallery will only be approved if they are established journalists working as such.

Your website appears to be opinion-based rather than a news site. We have received numerous requests from similar sites which have also been declined.

Various questions arise from such a response:

(1) 'Generally new entrants to the Press Gallery will only be approved if they are established journalists working as such.'

Maybe fair enough. Only part-time do I write about politics. Although I do believe I could make a valid contribution.

(2) 'Your website appears to be opinion-based rather than a news site.' 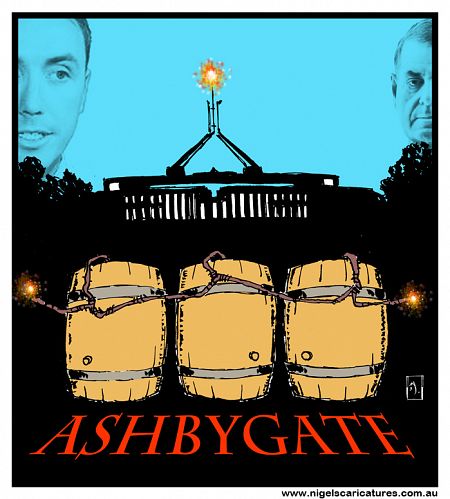 I'm sure this line will be endlessly debated. All news outlets are opinion based to some degree (some significantly more so than others) where does one draw the line? Certainly Independent Australia has developed a huge following not through opinion pieces, but through its original investigative reporting – that is, "new" news – such as the Jacksonville and Ashbygate investigations and the outstanding environmental exposés of Sandi Keane amongst many others.

The real question is, did Speers' committee really take a close look at Independent Australia without any preconceived notions, or did they simply see it as just another "blog" and dismiss it out of hand? Is this another example of old media snobbery?

(3) And for me, nearly as an afterthought, the most pressing question: What does access in the press gallery accomplish?

As someone who hasn't worked in such confines, I can really only hazard a guess. Through ABC News 24, ABC NewsRadio and the APH website, we can watch or listen to nearly anything from Senate and House of Representatives Question Time, to the most mundane Senate Estimates Committee.

So, is it a boon or a hindrance working in the thick of it?

Mainstream media will often talk about 'access' being pivotal to their craft, and in a certain regard I agree with them. Backroom talks and off-the-record briefings can be an important source of information for those wishing to partake in our political narrative. However, the leadership-challenge-that-wasn't earlier this year got many chattering about the gossip in Parliament House. How valuable can this information be in such a circus? PR and spin and leaks seem to be so ingrained now that it is difficult to tell.

Does close proximity and friendliness result in a better story? More importantly does it result in more accurate information for the public? Perhaps cold hard distance produces better analysis of policy, but does it totally dissect politics?

I don't know the answers.

Malcolm Turnbull recently made a rather hip appearance at the Woodford Folk Festival lamenting the current state of political media coverage.

“Broadcasters, or politicians or writers…who think that they are respecting ‘struggle street’, the battlers, … by dumbing things down into one-line soundbites are not respecting them — they are treating them with contempt."

He urged bloggers et al to scrutinise politics and policy in the manner he believed necessary for a functional democracy. The question here is whether or not this is possible without complete 'access'.

There are a number of brilliant online publications (with Independent Australia being right up there of course!) that do a fantastic job of sifting through the endless political data to provide material for palatable consumption to inform the public.

But, is this enough?