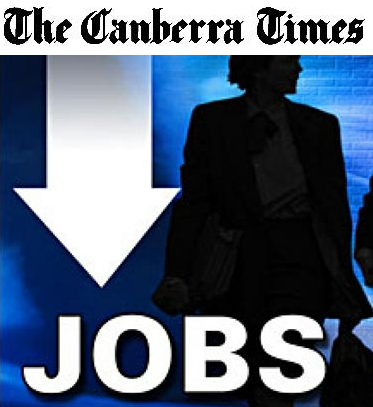 Approximately a dozen call centre staff and 20-30 classifieds staff will be outsourced in the coming months; as well as a number of positions in accounts and pre-press getting cut altogether.

It is understood that similar positions in The Age and the Sydney Morning Herald will share the same fate soon after the Canberra transition has been completed.

The services will be taken over by TeleTech, an American-based Business Process Outsourcing company operating in 24 countries including Canada, Costa Rica and The Philippines. As yet it is unknown where the jobs will be moved to.

“The media world is in a state of dramatic disruption and the winners will figure out how to turn this into opportunity for their customers,” TeleTech chief executive officer and chairman Ken Tuchman said recently.

Both the Sydney Morning Herald and The Age recently reported sales declines of 14.5 per cent on the previous year.

The job losses are the latest phase in the restructuring of Fairfax announced by Chief Executive Officer Greg Hywood in July last year; which included 1900 job cuts in an effort to save $235 million.

The exact date of employment termination at The Canberra Times is yet to be finalised, as are the redundancies of the few non-casual staff working there.

One employee expressed his frustration at the lack of details.

"It's hard to know what to do," he said. "I don't know when I have to start looking for other work."