By Peter Wicks | 25 July 2013, 1:18pm | comments |
The Murdoch media and Mal Brough may sneer at independent media, but if you want to get to the truth – not spin – says Peter Wicks, there's no better alternative.


IF THERE IS ONE THING that we should all be protecting and supporting in this country it is our independent media.

It is our independent media that looks at issues without having to worry themselves about the interests and opinions of those who advertise with us. Most of us only make a small amount of money out of our writing — if you worked it out per hour it would make Gina Rinehart drool, as it would be measured in cents not dollars. Most of us do it out of a passion to see the truth exposed, or are just sick of the mainstream media pushing their own agenda and opinion.

The mainstream media are supposed to present factual non-biased reporting and the opinions of their writers are supposed to be restricted, as you might expect, to the opinion pages. This means when the average person reads something in the news section they do not expect seen one side of a two-sided story — they are entitled expect a certain amount of balance.

I am by no means saying that independent media is not biased, of course some of it is. However, it is usually far more transparent than the MSM. The reader is usually far more aware of which side of the argument the writer is coming from. Nobody reading Wixxyleaks, for example, would consider themselves as reading the views of those on the right.

Independent media is just like any other form of media and we are prone to making the occasional error or two, however, in my case – and in the media I write for and read – it is corrected it as quickly as possible and every effort made to highlight that correction. The mass media, on the other hand, tend to be arrogant and bury a tiny apology on a page in the middle of the paper — but only if and after the error is shown on ABC Media Watch or (on the rare occasion) they are reprimanded by the Australian Press Council. If the error isn't so highlighted, it is usually ignored and the article is amended online quietly in the hope nobody notices.

We are also often criticised for our grammar, spelling and punctuation —  something I am also guilty of on occasion. For me, it is mostly about putting apostrophes in inappropriate places. However, in our defence, we don’t have a team of editors checking our work and often Microsoft Word disagrees with WordPress, or Tumbler, or whatever site we use, and autocorrects things to conform to the American way.

Two things have made me scratch my head recently in regards to the mainstream media and their coverage of news events. 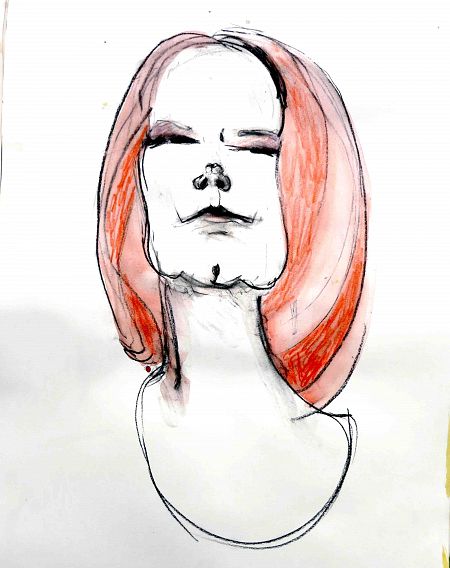 Firstly, I am sick of all the articles in the old media saying how wonderful Julia Gillard is and how much she achieved.

That horse has well and truly bolted.

It would have been nice to have seen some of those stories in the previous three years but, alas, the media didn't like Julia then. It must seem rather surreal for Julia now, reading all of the praise from what were, after all, her real executioners.

The other one is the asylum seeker deal with Papua New Guinea, which is being slammed for being harsh. This seems to me a complete about-face from their "Stop the boats!", "We're being invaded!", and "Incoming terrorist!" approach of not that long ago.

I'm not going to get into a debate about the policy at this time, but the media certainly seems to have reversed their position rather radically...

As a writer for independent media, a sure way to tell you've hit the mark is when the mainstream come out and criticise your work.

It was not long into the Jacksonville series of articles – the ones that used evidence and documentation (imagine that) rather than the word of a union turncoat and scurrilous rumour to tell the story – that News Ltd decided to come out and have a shot at what I was doing.

Being unable to criticise what I had written, or dispute any of my evidence, they chose to attack me on the front page of The Australian. The best they could come up with was referring to me as a 'failed Labor candidate'.

This is, in fact, true — if you consider being asked by your branch to stand in the safest Liberal seat in the state and not winning a failure. When I was told by the reporter that was how Kathy Jackson was referring to me, I explained the circumstances of the electorate I stood in. I also pointed out that Jackson herself had lost a Labor pre-selection in Victoria, then taken the Labor Party to court to dispute it, and then lost again, which I thought made her a tad deceitful and hypocritical. The Australian, of course, neglected to mention any of that. 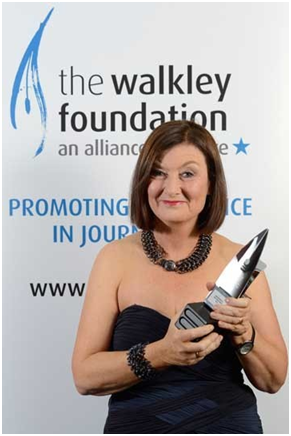 I have been attacked on many levels by all sorts of kooks and crazies, however these attacks only reinforce that I must be doing something right.

When Craig Thomson announced that two supporters had set up a legal defence donation fund to help him raise money to thwart the Coalition's apparent plans to bankrupt him and to help ensure he received a fair trial, the first to attack was Kate McClymont from Fairfax.

McClymont had won a Walkley award for one of her articles regarding the HSU — an article that has now been shown to be almost entirely incorrect, and based on a shoddy investigation and the word of a liar who is now under police investigation.

Graeme Brosnan, I understand, is Kate McClymont's partner and a property search has them owning multiple properties together. Brosnan is an author of many books, including some real life crime stories that McClymont has reported on, a private investigator and, I am told, a former police officer.* 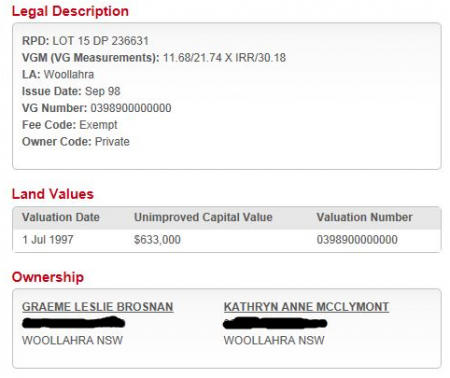 My investigation into the HSU has been labelled a conspiracy theory by some, so here are some undisputed facts, not theory:


This is just the tip of the iceberg; the whole sorry saga so far can be found via this link. To me, it would seem that to claim there is no link between these undisputed facts would be to be reaching for the bigger size tin foil hat.

Also coming under attack recently has been Independent Australia,who are fast developing a reputation for being both ahead of the curve and on the ball.

An article in The Australian recently referred to Independent Australia as conspiracy theorists.

This totally inappropriate attack is not only cowardly but totally unfounded.

The attack was in regards to the ongoing Ashbygate investigation which, along with the Jacksonville investigation, has served to highlight both the need for independent media and the failure of the mainstream.

As a sign this was an orchestrated conservative lie, Mal Brough also described those involved with Ashbygate in an interview with the Sunshine Coast Daily as 'politically motivated crackpots' and

'..the same sort of people that think man never landed on the Moon.'

For the record, IA managing editor David Donovan is clear in his rejection of kooky conspiracy theories and IA simply does not publish them as a result. In other words, Mal Brough blatantly lied. Yet again.

The mainstream, however, have chosen not to pull Brough and others sprouting the same garbage up for their words. This is despite the judge presiding over the matter in court, Justice Steven Rares having this to say on the subject:

“Mr Ashby acted in combination with Ms Doane and Mr Brough when commencing the proceedings in order to advance the interests of the LNP and Mr Brough.”

I can confirm for you that those involved in the Ashbygate Trust and Independent Australia do indeed believe in the moon landing — however, I regret to say, I am unsure of Justice Steven Rares' views on that matter.

It is interesting that many of those in the mainstream, particularly those from News Ltd and those in the Coalition, who accuse us of being conspiracy theorists, continue to push the bizarre theories of climate change sceptics.

We hear the ridiculous arguments about the earth cooling, the invisible substances, the sea levels dropping, wind turbines causing cancer and yet we are expected not to see the hypocrisy when they label others as conspiracy theorists.

Whether they like it or not, independent media is on the rise in this country, as it has been in most Western countries, and as long as people keep sharing, liking, and re-tweeting, it will continue to grow at a rapid rate.

You can support Independent Australia by donating via one of the methods listed at the top of the right sidebar. The bumper sticker above may be purchased at IA's online shop.

** Editor's note 26/7/13, 2.20pm: We received an a letter earlier today from lawyers acting for Kate McClymont and Graeme Brosnan demanding we take down material relating to them, which they alleged was “scurrilous” and “defamatory”. The part of the letter that most succinctly states their position is as follows:

‘Ms McClymont and Mr Brosnan each complete their professional endeavours professionally and appropriately and independently of each other. Ms McClymont’s published works are the result of her own research and investigations, and represent her own interpretation of the information she has obtained and/or her own independent views. More particularly, Mr Brosnan … nor his company has ever represented (nor even met or had anything to do with) Mr Lawler, Ms Jackson or anyone else associated with the HSU, let along sought to influence Ms McClymont’s writings on the topic (or any other topic).’

IA denies that anything it has published is defamatory, however as a show of good faith, we have removed the material in question.

*** * Editor's note 27/7/13, 10am: The letters continue. Now the lawyers have erroneously alleged we published McClymont's address on this website along with a picture of her house. Clearly, IA did not. We did, however, publish a link to a PDF on Wixxyleaks which did include this information, quite easily obtainable online through a simple online property search (which is how we obtained it). Again to show our good faith in this matter, we have removed the link to the document on Peter Wicks' website.