Dr Helen Caldicott says that the Fukushima nuclear disaster has the potential to make Japan “uninhabitable”, yet the mainstream media in Australia continue to ignore the crisis. Managing editor David Donovan reports.

Yesterday – the same day Germany announced it would close all its nuclear plants because of Fukushima, and dangerous levels of radiation were reported in Japanese clean-up workers – Independent Australia did a straw poll of 50 random people at a metropolitan shopping centre in Queensland. Each of them was asked: “were you aware that there had been a nuclear meltdown at Fukushima in Japan”. Almost all of these respondents recognised the name Fukushima but only 4 of the 50 – a mere 8 per cent – said they had heard of any meltdown.

This rough poll points to deficiencies in popular media reporting in Australia of what some say has the potential to become the most devastating man-made disaster the world has ever known.

That may sound like an alarming claim, so let's look at the facts.

In the wake of the March earthquake and tsunami, on March 15, Independent Australia reported:

“Yesterday, Japan’s nuclear agency attempted to calm fears by ranking the incident as a Category 4 nuclear accident, below the 1979 Three Mile Island partial meltdown in the US and well below the Chernobyl meltdown and explosion 25 years ago which rated top of the scale at seven.”

As also reported then, experts in Australia, including Dr Ziggy Switkowski, along with the Japanese nuclear power plant operator Tepco, tried hard then to dispel public fears about the severity of the disaster. By March 25, however, the category had been upgraded above Three Mile Island to a level 6. Then on April 13, as Tepco struggled to contain the fires burning at the reactor, it was reluctantly given the top rating of 7 by the Japanese authorities, which classed it as a “major accident”, equal to Chernobyl though officials still maintained the disaster was not as severe since there had not, apparently, been a melt-down.

Fast forward a month to May 13, and people’s suspicions and fears were realised when Tepco admitted there had, in fact, been a meltdown in Reactor One. Not only that, but reports began circulating that Tepco had been aware of the meltdown since the very earliest days of the accident. 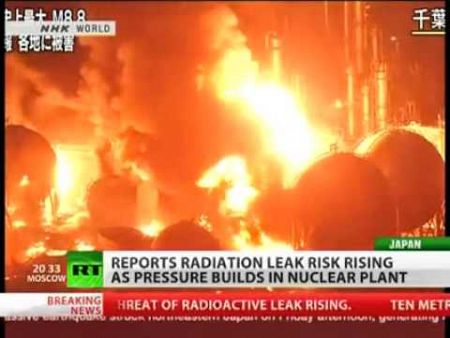 On May 18, the Financial Times reported the following about the escalating situation:

Yes, they said, uranium fuel rods in the tsunami-hit facility’s reactors might have been damaged after cooling systems failed. But the official view was that the rods were still mostly intact – and radioactive material was safely contained inside their zirconium sheaths.

Now, a little over two months later, new information on the state of Fukushima Daiichi’s three overheated reactors is making the m-word impossible to avoid. Fuel inside the cores, it is now understood, melted far more quickly and extensively than was initially believed – disintegrating just a few hours after the tsunami knocked out the plants electricity and cooling systems.”

And, not only had there been a meltdown in reactor 1 but, in fact, there had been meltdowns in two other reactors as well:

Tokyo Electric Power, Fukushima’s operator, says there may be little left of the rods at all – just clumps of uranium at the bottom of the reactors’ innermost steel containers. Some of the melted fuel may have leaked into the concrete vessels that form the next layer of protective containment, making for a meltdown by even the narrowest industry standards.

On Wednesday Naoto Kan, prime minister, said Tepco was working on the assumption that some fuel from Fukushima Daiichi’s No 1 reactor core had leaked out. On Monday Haruki Madarame, chairman of the Nuclear Safety Commission, said: “Our understanding is that the No 2 reactor melted down. We surmise that the No 3 reactor is in the same situation.” The darkening picture of conditions inside the cores – which has emerged since Tepco began sending workers into the reactor buildings for the first time last week – has added to doubts about whether Tepco and the government disclosed all they knew in the early days of the crisis.

The Financial Times went on to say that the Japanese Government was maintaining its line that Fukushima had only leaked 10 per cent of the radiation of Chernobyl.

This claim must now be held in grave doubt. Former nuclear industry engineer and executive Arnie Gunderson described the ground water contamination at Fukushima as “the worst in human history”. Dr Vivian Norris, writing in the Huffington Post, described his findings:

Gundersen is in touch with senior members of the Japanese nuclear establishment.…I will summarize some of Gunderson’s very disturbing and important information here:

1. There was a hydrogen explosion and it was a detonation not a deflagration, in other words the fire burned up not burned down.

2. A frame by frame analysis shows a flame which confirms that the fuel pool is burning as a result of an explosion which started as a hydrogen explosion but that could not have lifted the fuel into the air so there must have been a violent explosion at the bottom of the fuel pool. But more data is needed.

3. Gunderson speaks about past criticalities in other nuclear reactors around the world, and I fin d it odd we are not hearing about these and how they can teach us about what is going on now at Fukushima.

5. The Greenpeace ship Rainbow water has requested the Japanese government to test the waters near Japan and Japan has refused this independent data request. The EPA has also shut down all inspection centers and is NOT inspecting fish. (Why the silence?)

Professor Christopher Busby from the European Committee on Radiation Risks says Fukushima’s highly radioactive gases and liquids continue to be released into the environment unabated. Prof. Busby noted that higher than normal levels of radioactivity had, along with Tokyo, been reported in the US as well in Europe and the UK. He suggested that we are likely to see at least 400,000 cases of cancer as a result of Fukushima.

“It is a global situation now,” said Prof. Busby, “and the situation continues to worsen.”

“Of course it’s time for the Japanese government to take control. But having said that, it’s very hard to know how you could take control of the situation. The situation is essentially out of control.”


So far the plume of radioactivity from Fukushima has mainly been blowing out to sea. The concern expressed by many is about what happens if the prevailing winds turn around, as they are expected to do, and begin to blow southwards towards Tokyo.

What is highly disturbing is that the main reason Japan does not appear to be as bad a Chernobyl is that the wind was blowing out to sea and not for the most part towards land. But all this has done is spread the cancers out into the worldwide population as opposed to concentrating it all in Japan. It will be very difficult to tell, as it was in France, Scandinavia and other places where the Chernobyl cloud travelled in the days following the disaster.

“If there is a very big aftershock, as there very well could be, Reactor 4 will probably collapse along with other buildings. This would create a Chernobyl type catastrophe which,  combined with a change in the wind – so its blowing the radiation to the South instead of out to sea as it is at the moment – could make almost all of Japan – including Tokyo –uninhabitable forever.”

“The second possible scenario is that there could be hydrogen explosion blowing one of the reactors apart also creating a Chernobyl type event. This, combined with the wind change mentioned would create the same result—an uninhabitable Japan."

Fukushima may end up being one of the worst disaster the world has seen, we are yet to know its full impact as Japanese authorities struggle to contain the fallout. Yet, if you weren’t reading Independent Australia, listening closely to a small handful of other Australian media sources, such as Crikey, or Mark Willacy on ABC radio, or reading the international press, it is likely that you would have missed the meltdown and would have no comprehension about the full scale of the disaster. In other words, the vast majority of Australians who get their news from newspapers or commercial television or radio have no idea about the severity of the Fukushima nuclear disaster, or the danger to human health posed by this ongoing crisis.

Something similar is going on in Japan and the US. In Japan, the nuclear industry has been actively promoted by the Government since inception in the interests of Japanese nuclear security.  The nuclear regulator is almost entirely made up for former Tepco employees and is described as being almost an arm of the power company. Criticism of nuclear power has long been strongly suppressed in Japan. 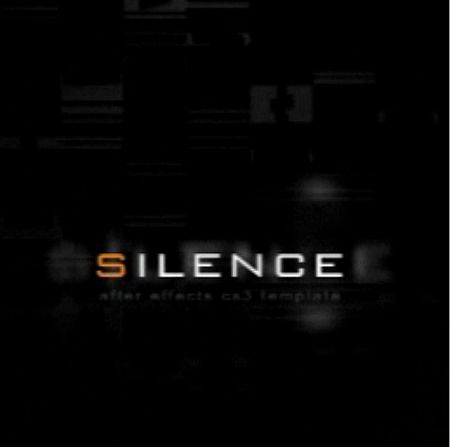 [Japanese journalist] Uesugi also notes that at TEPCO press conferences, which are now being held at company headquarters, foreign correspondents and Japanese freelancers regularly ask probing questions while mainstream journalists simply record and report company statements reiterating that the situation is basically under control and there is nothing to worry about. One reason for this, Uesugi suggests, is that TEPCO, a giant media sponsor, has an annual 20 billion yen advertising budget. “The media keeps defending the information from TEPCO!” “The Japanese media today is no different from the wartime propaganda media that kept repeating to the very end that ‘Japan is winning the war against America,’” Uesugi exclaimed.

Clearly, there is a concerted effort by Japanese authorities to downplay the significance of the disaster to ensure the future sustainability of the nuclear power industry. But what about the similar silence in the US?

“Why is this not on the front page of every single newspaper in the world? Why are official agencies not measuring from many places around the world and reporting on what is going on in terms of contamination every single day since this disaster happened? Radioactivity has been being released now for almost two full months! Even small amounts when released continuously, and in fact especially continuous exposure to small amounts of radioactivity, can cause all kinds of increases in cancers.”

In the US and Japan, where the nuclear industry is a powerful lobby group, perhaps it is understandable that the nuclear industry have managed to suppress information about this devastating crisis. But here in Australia, where we have no nuclear power industry? The reality is that Australia, with its huge natural reserves of uranium and strong mining industry, is deeply entrenched in the nuclear cabal. Independent Australia has reported before about plans for the world's  nuclear waste to be shipped to Australia and the fact this agreement with the US was actively suppressed by the Australian media, perhaps because some media proprietors have strong vested interests in the nuclear industry. It seems that Australia’s overly concentrated media industry is not only a crisis for our democracy, but can potentially even threaten our children’s health.

Dr Caldicott said that the media here are failing in their duty to the people of Australia.

“The media need to be brought down to Earth,” said Dr Caldicott.