Public housing is in crisis across Australia. Public waiting list times continue to grow longer and longer, as demand for public housing has risen well beyond capacity, with the situation getting worse by the year, writes Chris Mordd Richards.

A report by the Australian Institute of Health and Welfare, released in June 2018 shows that ‘Almost 190,000 Australians are on the social housing waiting list as the number of homes available fails to keep up with growth’, as published in this article by SBS News.

News Corp’s RealEstate.com.au published a piece in March 2018, entitled 'Average wait times for priority public housing applicants balloons by almost 50 per cent in a year'. There are numerous other examples available from this year, highlighting the crisis facing those waiting for housing nationwide.

The A.C.T. situation is no different, although with a smaller population than most other states; Canberra, too, has a public housing crisis and a waiting list that has ballooned over recent years.

As a public housing tenant in Canberra, watching the amount of money A.C.T. Housing wastes on a regular basis, while ignoring tenants who ask questions about it, is an exercise in endless frustration and anger.

The quantum of money being wasted is not small — it is money that could be going to fund more properties for tenants and more staff to manage those tenants, instead of being poured down the drain for contractors repeating the same work over and over again, and repairing damage caused on a regular basis that could be easily prevented.

I wrote last year on IA using my apartment complex in the A.C.T. as an example emblematic of the way money is being wasted. That brought a temporary solution to the problem at the time, but recent developments have demonstrated that nothing has changed in the way A.C.T. Housing operates overall and money continues to be wasted hand over fist.

The apartment mentioned in the linked piece above I wrote in 2017 has again been broken into a few months ago, the door almost kicked off its hinges this time and the apartment is being squatted once again.

Loud parties and shouting can be heard all night long, although the squatters seem to disappear before morning. The apartment continues to be vandalised and trashed in the process and the property of the resident assigned to that apartment is being destroyed, the same as last time. 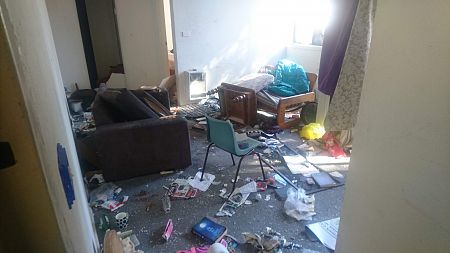 The apartment being squatted in, at Strathgordon Court, Lyons A.C.T.

When I called the police about the squatters, the report was ignored with no officers attending the property. A.C.T. Housing also doesn’t seem to want to know about the problem.

There are currently no housing managers assigned to the entire complex and I have been waiting many weeks now for a promised return call from a Southern Region tenancy team leader.

Finally, after more than two months trying to report the issue with this apartment and after I informed an A.C.T. Housing official a few weeks back I was writing another article, the entrance has now been boarded up, with contractors out the very next day.

It takes the threat of media reporting on issues to actually get A.C.T. Housing to act. Since then, the apartment has been broken into yet again through the windows which are not boarded up. Boarding up the door itself hasn’t fixed much so far.

Downstairs from the affected apartment, in the car park, there is a storage room that has been unused until recently. It has working power and lights in it and is regularly broken into at night by people to use as a shooting gallery (going by the number of fits discarded inside there) and to sleep overnight.

As someone who has been homeless myself in the past, I can sympathise — it seems like a good spot in theory, completely sheltered from the elements with working lights, working power points, unlikely to be disturbed by anyone. 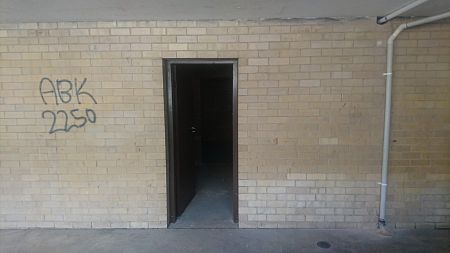 However, the damage done to residents' cars parked adjacently – including theyour author’s own vehicle – and the altercations between those squatting and residents of the complex mean the situation cannot be allowed to go on unchecked.

An added complication is that, in February this year, some expensive communications equipment was installed in the storage area by A.C.T. Housing in preparation for the NBN, surely a good reason to ensure the area remains closed off at all times.

Regularly this year, on an almost predictable basis, fortnightly or less on average, for over eight months now, I have had to call A.C.T. Housing Maintenance to notify them that the door to the storage area has been broken again and they need to come and fix it.

On a few occasions, the door itself has completely vanished, necessitating an entirely new door. On almost every occasion, I have pleaded with the operator to have some type of deadbolt installed or a more solid door, so it doesn’t keep happening. Yet, every single time, they have merely fixed it with the same cheap door, the same cheap lock and, within a week or two, it has been broken into. Again.

The amount of money wasted at this point on both materials and contractor hours fixing the same thing over and over again is mind-boggling. Yet the A.C.T. Housing maintenance system seems to lack flexibility for dealing with ongoing problems like this.

Money is poured down the drain and the same mistakes made repeatedly, with the same contractors coming back time and time again — ironically, you would see the contractors more often than your own housing manager, back when you actually had one. Once again, Housing A.C.T. seems to not even want to know about issues like this and does not listen when you try to tell them.

Getting the NBN connected 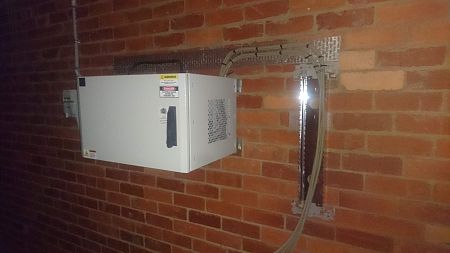 On top of the ongoing money-wasting issues, we also have the rather head-shaking fact that A.C.T. Housing is also spending money on equipment and contractors to install the NBN at the complex currently when the premises are slated for demolition at the end of the year under the A.C.T. Government's Housing Renewal program.

Over the last month, residents here have been visited by the A.C.T. Housing relocation team to start the process of moving everyone out over the next few months. Which makes it interesting since, at the same time, A.C.T. Housing is going to a lot of effort to also make the property NBN ready.

Thousands of dollars of expensive equipment, along with multiple dozens of contractor hours are being spent to install cabling needed for the NBN, which involves new conduits from the storage room into the roof space and running cabling from one side of the property to the other to connect up — no small feat.

All to demolish the complex within a few months after the work has been completed — if it is even completed in time. The property was meant to be NBN ready in April, but even with all the work done over the last six weeks or so we still don’t have the ability to connect via the NBN yet.

There are currently less than 40 residents remaining in the complex, with many residents having been moved out over the past six months already. Out of the remaining residents, I estimate there are maybe a half a dozen of us – ten people at most – who even have internet connected in our apartments and might use the NBN when it’s activated. 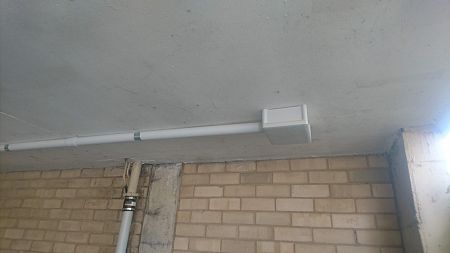 Is it fair to make the residents here wait for the NBN, on the basis that the property is being demolished soon? Maybe, maybe not. It doesn’t seem fair to the taxpayers to spend thousands of dollars to make a property NBN ready for such a small number of residents for such a short amount of time, though.

The neighbours to whom I have spoken who do have internet and might use it still think it’s completely stupid and a waste of money to do it in such a way, given the pending demolition of the complex.

Update: NBN Co have just updated residents on the connection timeframe on 13 September and are now advising it is likely to be six months or longer before the connection is completed. This means that it is now completely inevitable that all residents will have been moved out before it is completed. The endless contractor hours being spent currently to connect us are, indeed, all for nothing and a complete waste of money and time.

These three issues are just the tip of the iceberg, in my experience, when it comes to how A.C.T. Housing manages properties here. The issues are symptomatic of a broader culture within their organisation that needs changing and could be managed better, not just outlier issues that nothing can be done about.

I can tell you I see examples time and time again as a housing resident in the A.C.T., where small amounts of money and a little bit of flexibility could save thousands of dollars over time. Yet Housing A.C.T. is not interested in what me or my fellow residents have to say, so the malarkey continues and most of society goes about their business without realising there is a problem.

After last year’s article on IA, A.C.T. Housing (who had ignored my pleas for over 12 months), fixed the problem the very next day. I can only hope that, once again, someone in the Minister's office is reading IA and does something about this.

Media reports revealing the truth of the mismanagement inside A.C.T. Housing may be the only thing the A.C.T. Government does listen to anymore, because the residents are certainly not being listened to.

Only 60 of the dwellings out of 4080 new dwellings will be made available to public housing.

"Wheezing and struggling to breathe, Ms Harrison had been treated by Canberra Hospital’s emergency department more than 160 times over past 4 years".

30 December 2020, 3:00pm Much fauna perished in the bushfires that stripped the nation early in the yearÂ ...

28 August 2020, 4:30pm The A.C.T. Greens have made a progressive move towards drug decriminalisation and ...
Join the conversation
comments powered by Disqus
News updates