The UK Parliament has been debating changes to the archaic and discriminatory laws of succession to the Australian throne this week. David Donovan comments.

Another little piece of evidence that Australia is not a truly independent nation came last week when the British House of Lords spent some time debating the openly discriminatory laws of succession for the British, and therefore Australian, throne. Although Australia technically could, in fact, alter the Laws of Succession for the "Australian throne", since we would end up with a different scion of the House of Windsor ruling over us at some point, the idea is patently absurd.

Anyway, given this House of Lords is undemocratically constituted by hereditary peers, some Anglican Bishops, and Government appointed Lords for life, no-one should hold their breath waiting for anything to emerge from this crusty manifestation of the British class system. The Government spokesman, Lord McNally, all but glorified in the sclerotic nature of the institution as he dampened expectations about the chances of reform:


“We are talking about an Act that is 300 years old and that has served this country not too badly when one considers the 60 years of religious and communal strife that went before it. Therefore, although 10 years seems a long time, there have been consultations. I thought that, at least in this House, talking of progress in terms of centuries would be much appreciated.”


“…we are dealing with Acts of Parliament that govern not only us but a number of countries where the Queen is Head of State.”

Now, this week, we hear the democratically elected – yet still quaintly class defined – House of Commons is to debate a motion by Labour backbencher Keith Vaz calling for an end to the rule of "primogeniture" (which means that sons succeed to the throne ahead of daughters).

Downing Street immediately poured cold water over the idea. The Prime Minister's official spokesman acknowledged that elements of the 1701 Act of Settlement (which also bars Roman Catholics from succeeding to the throne) are "discriminatory" but played down the prospects of change. 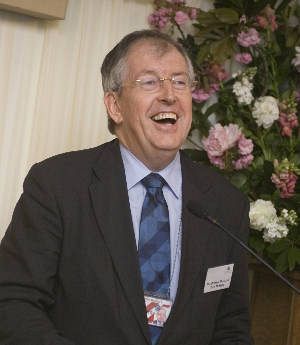 "Amending the Act of Succession is a complex and difficult matter that requires careful and thoughtful consideration," the spokesman said.

Given the Act is a mere 310 years old, it stands to reason that there are still many matters left for the Government to ponder and still a great deal of careful meditation yet to be done by British Lords and Common MPs before any changes could possibly be made.

It should be noted that no motion was put by the Opposition member Vaz to remove the religious discrimination inherent in the Laws.

As it might, the UK Republic group has dismissed the prospect of this minimal incremental change as “nonsense”. Campaign manager Graham Smith had this to say in a press release:


"We are absolutely committed to political equality in this country, that's why we find these new proposals to change the succession laws so laughable. The obvious point about the monarchy, that Mr Vaz has apparently failed to understand, is that it discriminates against everyone, except for the one person immediately in line to the throne….Political equality must mean equality for all. All citizens should have an equal right to seek high office in this country, to seek to be our head of state. All citizens should have an equal right to participate in the process of choosing that head of state. Yet the monarchy forbids everyone but the Windsors from exercising those rights."

Over in Canada, weekly columnist for the Ottawa Citizen, Janice Kennedy, decried the triviality of contemplating shooing the mouse out of the room while at the same time steadfastly ignoring the elephant sitting in the corner:


“…on a one-to-10 scale of meaninglessness, amending the Act of Settlement probably ranks an 11. Here's what democratically minded reformers should really be setting their sights on: abolition. Get rid of the monarchy altogether. In civilizations that long ago accepted equality as a social cornerstone, what possible justification could there be for even the notion of monarchy? For the idea of elevating fellow humans to the very top of the heap for no reason other than birth? Seriously. In Canada and the other former colonies, which long ago did away with class (at least class based solely on birth), the idea of monarchy is particularly anachronistic. But even in England, where class still defines and snobbery remains a virtue, the concept of monarchy has started to look out of place. That's what happens when nations evolve on democratic operating principles.”

Of course Graham and Janice are right…and wrong.

They are right that amending the Act of Settlement is a trivial change. The institution of monarchy is the main issue—an institution indefensible if you believe in democracy and equality. Getting your position based on bloodline was silly in the 18th century—in the 21st century it's just ridiculous.

Where they are wrong is that we shouldn’t be objecting to these particular proposals, which are, although minor, steps in the right direction. The laws of succession do discriminate against women and Catholics and should be changed. As a famous Prussian politician once said, “politics is the art of the possible”; objecting to a positive change because it doesn’t give you absolutely everything you want is, really, morally indefensible.

It reminds me of the 1999 referendum. Back then, even though I would have preferred the direct election of our head of state, I voted for the model on offer because I regarded it as a vast improvement on the Crown. It was an important incremental improvement that, after all, would not preclude further change. But many republicans campaigned with the ‘No’ case, leading to the failure of the referendum by 55% - 45%. Now, eleven years on, the monarchy is still a firm feature in Australia.

It doesn’t diminish the case for a republic at all though, because Graham Smith is right: “political equality means equality for all”. We are the equals of the Windsors – all of us – whether we're Canadian, British or Australian, and even if we weren’t descended from a long-forgotten Hanoverian aristocrat. This English family has no moral right to rule over any of us; soon may it end.
REPUBLIC DEMOCRACY DISCRIMINATION 1701 Act of Settlement 1999 referendum Australia's head of state Australian throne David Donovan Democracy Graham Smith House of Commons House of Lords Laws of Succession
Recent articles by admin