Prime Minister Tony Abbott has carefully selected a set of Indigenous advisors who will tell him exactly what he wants to hear, writes Natalie Cromb.

An Indigenous Affairs advisor to Tony Abbott recently had to issue an apology following his poor taste costume to an American themed event – his choice – a Confederate flag shirt.

Unless you have been living under a rock or are a culturally sheltered white affluent right wing Australian, you would know that the Confederate flag is used by white supremacist hate groups in America in much the same way the Southern Cross flag was used by those in the race riots at Cronulla in 2005. Put simply, to wear this flag as a shirt at all, let alone in the cultural climate post black massacre in the U.S., you are either at the zenith of human stupidity or a blatant racist; either way, you certainly should not hold a senior position advising the government on matters of race.

This begs the question: what qualifies a person to be an Indigenous Adviser in Australia under the Abbott Government? Is there a criteria?

The Indigenous Affairs Minister, Nigel Scullion, was born in England, arrived in Australia in his teens and only just prior to becoming elected to the Australian Senate in 2001 did he relinquish his dual citizenship. A white Englishman entrusted with a portfolio of responsibility affecting the most marginalised population in Australia for 227 years. The Indigenous population marginalised by his mother country. Appropriate? Apparently so.

Perhaps I am being unfair? Surely there are some Indigenous people that get to have a say? Isn't there?

Of course there is.

Tony Abbott announced the formation of the Indigenous Advisory Council in September 2013 when he appointed – yes, you guessed it – Warren Mundine as chairman.

Warren Mundine’s appointment in this capacity sets the tone of how this government approaches Indigenous affairs in this country — a continuation of patriarchal colonialism.

Tony Abbott appointed someone who he knew would tell him what he wanted to hear in order to invoke policies that he intended to all along. Warren Mundine has been heavily criticised by the Indigenous community, particularly by his own family and community. Yet he was still appointed because he fits the mould of what Tony Abbott wants in an Indigenous advisor – he is a right wing Christian who has the same economic ideologies and a most colonial mindset on the topic of Indigenous communities, given his support of funding cuts and a push for policies that continue to demonise Indigenous people as bad parents and welfare dependents.

Even when Tony Abbott said the most vile and racially offensive things, his pal Warren could be counted on to smooth things over and make it look to mainstream media subscribers (Indigenous and left wing community knew better) that Tony Abbott was just a clumsily worded larrikin whose heart is in the right place. But when those who dare speak in support of Tony Abbott keeping his promise to Indigenous people call him out on it, he turns on the charm and calls them racist.

Warren Mundine personifies what is wrong with Indigenous Affairs in this country. The Indigenous community, by and large, do not support him or his ideas and he is aware of this. Yet, he still goes against the needs and wants of his community to speak on issues that he has no authority to, which is a continuation of patriarchal condescension of the Englishman at the helm.

The board that Warren Mundine chairs comprises Indigenous and non-Indigenous Australians who advise Tony Abbott on Indigenous issues but they were careful in stating that the Council is not representative of anyone.

That is correct – an Indigenous Advisory Council (IAC) that does not represent anyone – but advises the prime minister on Indigenous issues. The IAC is able to shape policy with its advice but the agenda of the members of the IAC have been called into question given that there have been funding cuts of over $600 million to grass roots service providers of essential health and justice services, but funding provided under the Indigenous Advancement Strategy (IAS) has been generously provided to the Australian Indigenous Education Foundation (AIEF) of which Warren Mundine and Andrew Penfold, both IAC members, are on the board.

The funding direction taken by the IAC and decisions made under the IAS are self-evident – less justice and welfare – more school and jobs programs, all of which is well in keeping with the assimilation agenda.

We live in a country that is so controlled by corporate greed and individual short-sighted advancement that a suspected dual citizen, who would “do anything to get the job”, receives the honour of being prime minister on the back of a grubby media waging war against a female prime minister and then uses the said honour as a platform to progress his white supremacist agenda.

The Abbott Government and his so called advisors are completely disconnected from the Indigenous community. 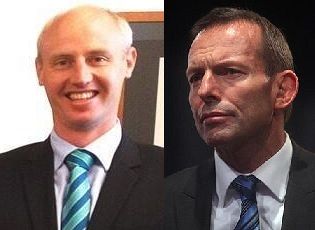 The fundamental problem they cannot seem to grasp is that, we – the Indigenous community – decide who our elders in our own communities are and who speak for us. It is those people the government needs to listen to, not the token, quisling representatives they select that spout party policies and nod along with decisions made to the detriment of the community. Each Indigenous community in Australia has a unique set of issues and relationships, kinships and lores that the government – after 227 years – still does not grasp.

While Tony Abbott loves to continue to propagate the colonial rhetoric of Indigenous people being primitive people, the Indigenous people had and continue to have a sophisticated social and familial structure, understanding of biodiversity and ecological sustainability, and we know how to survive despite the 227 years of oppressive and racially targeted policies. We also know that for the last 227 years, the presence of the colonial oppressors has been an illegal presence and, whilst we know that an egg cannot be unscrambled, we do know that governments (particularly a right wing government) cannot be trusted, which is why we will continue to resist government-selected Indigenous advisors and advocate for our own affairs to be protected and self-determined in a Treaty.

With the prime minister whitesplaining history, Indigenous advisors complicit in racially targeted policies and engaging in racially inappropriate conduct – little explanation is needed about why Indigenous Australia is so damned angry.

If only more members of white Australia were willing to put down their Daily Telegraph and switch off the commercial channels to get angry with us, maybe then we would see some change?