By David Donovan | 29 October 2011, 2:53pm | comments |
Yesterday, it was announced at the Commonwealth Heads of Government Meeting in Perth, that Australia and the other 15 other nations that share the British monarch as their head of state had agreed to a revision of some of the monarchy's discriminatory rules of royal succession.

Leading republicans in several of the affected constitutional monarchies have, in effect, described the changes as tokenistic and largely meaningless.

UK campaigners Republic said changes to the Act of Succession “fail the equality test in practice and in principle”, branding them 'crass and absurd'.

"The monarchy discriminates against every man, woman and child who isn't born into the Windsor family.  To suggest that this has anything to do with equality is utterly absurd.  It fails the equality test both in practice and in principle.”

"In practice it simply means that the eldest child of one family is preferred over all others. Inequality is therefore further entrenched in the system."

"In principle, all children in Britain should have an equal opportunity to stand for the position of Head of State.  Anything short of that is an affront to the principles of equality."

In addition, Scotland’s First Minister Alex Salmond reportedly welcomed the lifting of the marriage ban but said it was “deeply disappointing” that Catholics were still unable to ascend to the throne.

“It surely would have been possible to find a mechanism which would have protected the status of the Church of England without keeping in place an unjustifiable barrier on the grounds of religion, in terms of the monarchy,” he said. 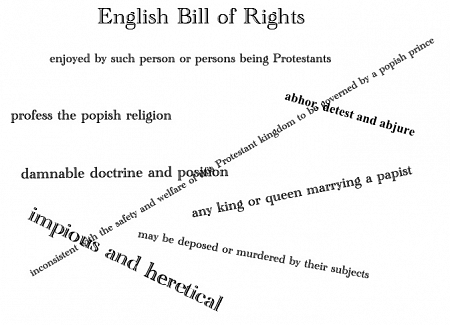 Canada's republican movement, Citizens for a Canadian Republic (CCR), said that it welcomed any attempt to remove discrimination, but that the Commonwealth initiative was seriously flawed and tokenistic.

CCR said that the changes do not go far enough:

“…removing the 300 year-old restriction on members of the royal family from marrying a Catholic, but retaining the rule forbidding the reigning monarch from being one, does not go far enough. Eligibility to become Canadian head of state based on one's religious affiliation still runs contrary to the Charter of Rights and Freedoms, which bans any kind of discrimination based on faith.”

It also made the point that the changes only affected one exclusive aristocratic family, excluding and discriminating against millions of Canadian citizens:

“… because all changes only affect members of an exclusive, aristocratic family based in a foreign country, they do absolutely nothing to improve the rights of any Canadian citizen, whatever their religion or sex may be. Millions of qualified Canadian citizens are still discriminated against because they are systematically excluded from the process by which our head of state is chosen. In a supposedly democratic and independent nation, this is totally unacceptable.”

The Republican Movement of Aotearoa New Zealand said the proposed changes announced at CHOGM were irrelevant to every day New Zealanders, just like the monarchy itself, and should be part of the current ongoing parliamentary review being held into New Zealand's Constitution.

“The changes, to remove the sexist rules from the succession, only remind us how long the monarchy has discriminated against women and Catholics."

"These aren't just out of date rules about which Windsor will assume the British throne. They're a statement about our constitution and about who is and who isn't allowed to be New Zealand's head of state."

"These rules still mean that if you're a New Zealander – Pakeha, Maori, Pacific or Asian – you are not as good as the British royal family and can't be head of state of New Zealand.”

At time of publication, the Australian Republican Movement had not issued a statement, however one of Australia’s most prominent republicans, Independent Australia’s senior writer Barry Everingham, dismissed the new laws as late in coming and unlikely to have any bearing on Australia.

“The next relevant royal child birth will be the first born to William and Kate and if that happens to be a boy, well we enter into the realms of fantasy,” said Mr Everingham.

"He won’t be married, bar accidents, for at least 40 to 50 years, and if the Windsor (Saxe Coburg Gotha) genes kick in, and if Australia's constitution hasn't changed by then, we may as well give up.”

Mr Everingham also expressed concern that the new laws do not remove the bans against Catholics and children born out of wedlock becoming Australian head of state.

“Catholics remain barred from sitting on the throne, but at least an eligible royal married to one can inherit,” he said.

“I'm also worried that children born out of wedlock didn't get a mention.”