The voice of an Independent Australia

INDEPENDENT AUSTRALIA believes in a fully and truly independent Australia, a nation that determines its own future, a nation that protects its citizens, its environment and its future. A country that is fair and free. Interestingly, 100 years ago the then Labor Prime Minister Andrew Fisher was attempting to ‘Australianise’ our governmental system and national symbols. Fisher took a keen interest in the complex question of nationalidentity. Home-grown symbols, he knew in his heart, were essential for a nation so young. The fragile cultural fabric needed connections, some stitching, and someleadership. Among other initiatives, such as the introduction of the Australian penny in 1911, Fisher had the Australian Coat of Arms (designed by the College of Arms in England) remodelled to give it a more Australian flavour, by having wattle included as the decoration surrounding the Coat of Arms.100 years later David Donovan continues to fight the good fight of Fisher’s to create an independent Australia.

Since those first days two years ago, Independent Australia has become the premier republican voice in Australia. Within the space of two years Independent Australia has become the modern day version of The Bulletin in its heyday of the 1880s and 1890s. Australia has a long tradition of independent, republican journalism. This tradition was first established in newspapers such as the People’s Advocate and the Empire of the 1840s and 1850s, supported in the Age in the 1870s and 1880s, and a constant theme in publications in the 1890s such as the Newcastle Radical, the Wagga Hummer, the Cairns Advocate, the Melbourne Tocsin, the Hobart Clipper, and John Norton’s Truth. But it was in the pages of the Bulletin of the 1880s and 1890s that the flowering of republican ideals can be seen to emerge. 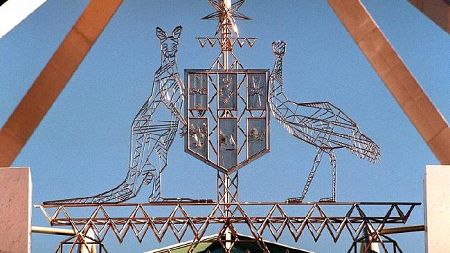 So, Happy Birthday Independent Australia, and here’s to a long, independent life – and remember, every tribe needs a home.