The Republic and the Traditional Owners

The Republican Movement should pay its respects to the Traditional Owners past and present, and seal the most real reason for the Republic, says managing editor Dave Donovan.

I WOULD LIKE TO ACKNOWLEDGE the Traditional Owners of the land where we gather today – the Jagara People – and pay my respect to Elders past and present.

Yes, we pay our respects to the Traditional Owners of the land and it is right and proper that we do so.

But while we pay our respects, it is important to remember, as we stand here today in these very pleasant surrounds, that we stand here on now on Crown land.

Of course, the landlord might say it is his land ‒ and he’d be right as far as it goes ‒ but neither he nor any of us really only “own” any land except at the pleasure of the Crown. They took it from the Traditional Owners and, though they might have let you a parcel, they can take it back at any time.

“The Crown”, of course, represents the Government. What in America they describe as “The State” or in France as “The Republic”.

“The Crown” is a symbolic representation of our monarchical system and our ruled status. A pretty potent symbol, it seems to me. Probably even more so for the Traditional Owners.

I speak about the Traditional Owners because, as I age, the more I see the issue of an Australian republic tied up tightly with this land and its Traditional Owners. And tied up with our right, as settlers, to live here on this land and be accepted by it — and not be seen by it as some vulgar blow-ins, awkwardly and precariously grafted onto the land — unseeing, unfeeling and oblivious to its ancient majesty and deep spirituality.

I certainly did not always feel this way. For the early part of my life, I thought, like most privileged white kids, that Australia was more or less perfect — bright and blameless. A republic and Australian independence was the furthest thing from mind.

The scales fell away from my eyes in my late teens, living in the bush in Central Queensland, just before coming to this city to go to university.

I had some time on my hands, so I began to read Xavier Herbert’s Miles Franklin Award winning masterpiece Poor Fellow My Country — one of the longest novels ever written in the English language.

Of course, the larger than life Xavier Herbert [pictured below, in 1938] was a former Northern Territory Protector of Aborigines and, afterwards, a lifelong advocate for their cause. In that book, I read about the story of the white man’s treatment of the Traditional Owners since colonisation: the casual callousness, the inhumane treatment, their categorisation as sub-human or non-human, the expectation and desire for them to die out or be subsumed, the diminishment and destruction of their ancient culture, their widespread murder and genocide, the stealing of their children and, of course, the stealing of their precious land — the land central to their culture and beliefs.

But the book didn’t just talk about those things. It also talked about the subservience of the Australian people. I knew that we had always rushed off to fight in foreign wars, but I hadn’t really thought about just how foreign they were. In the First World War, Herbert revealed, we borrowed massive sums of money from Britain to pay for our war effort — just so we could protect her colonial interests in Europe and the Middle-East. It took us several decades before we could repay those loans. The oceans of blood we gave her, it seems, was a gift.

And in World War 2, we did much the same — except this time our war loans were from our new master, the United States. These war loans, I understand, were only finally paid out a few years ago.

Herbert spoke about how, in contrast to this image we, post-colonial Australians, like to see ourselves as ‒ confident, free spirited, egalitarian, anti-establishment types ‒ in fact we are, in the main, a pretty passive, insecure, subservient bunch — content to obey our betters and be killed in the process if that’s what it entails. Much happier following than leading — though maybe with a bit of low-key sniping in the background.

So, I have been a republican since reading Herbert’s book. But not just a republican, I also believe in an Australian independence — not just in law but also in spirit. For me, becoming a republic is just one ‒ albeit very important ‒ step along the path towards Australia’s potential. 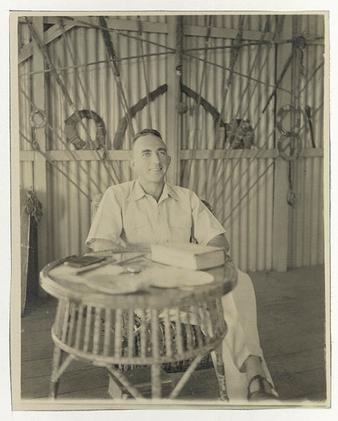 Becoming a republic is key for Australia  to reach this goal.

Of course, the problem with the republican issue ‒ or one of them ‒ is the passivity, timidity, lack of self-confidence of Australians.

For example, how many of you have heard when you bring up the republic: “Who have we got that’s good enough to be President?

Or: “We need the Queen to protect us from our rotten politicians.”

Or in other words: we’re not good enough; we can’t be trusted with all this responsibility; leave it to someone else, it’s all too hard!

As republicans then, as we know, we have a tough job to win over the Australian people. Intellectually, most Australians know that a republic is the logical and right thing to do for Australia. However, our natural subservience and timidity means that we are a bit worried about upsetting the Queen and the royal family and even the British nation and, anyway, maybe it might all be a disaster! Republics sound a bit scary!

We might think that as Australian republicans we are not like the rest of the timid bunch. But, in fact, being risk averse has characterised the Australian Republican Movement up until this point. For instance, we lost a vote we should have won because we went along with a model for the republic we knew failed to enthuse the people. Since then, we have been unable to fix upon any single model. We seem to have directed much of our efforts at lobbying politicians to bring in a process, rather taking the bull between the horns ourselves and building a truly mass movement.

In my mind, the Republican Movement needs to think big and be bold. More than that, we need to be big and we can only do that by being bold.

The new ARM chair Peter Fitzsimons is doing a terrific job promoting the republic, tirelessly appearing at events and signing up new members all over the place. I understand republican members have tripled since he has been in charge. But sadly, even this is nowhere near enough.

To shake the passive Australian people out of their torpor we need to be the word on everyone’s lips.  We need to be able to create mass events in public places to create waves. To do this, we need at least 100,000 members — and probably a lot more.

At the moment, we have no chance of being able to create that sort of following because our message is not cutting through. It’s isn’t doing that because it’s too safe. The Republican Movement tries to be all things to all people. If you want to capture everybody’s attention in the theatre you need to yell “fire” — or answer a mobile phone. The ARM needs to start saying things that not everyone will agree with, but a lot of people will love and be prepared to join over.

(And in case you think I am suggesting we start attacking the royals, I’m not. In my mind, the royals are rightly off-limits. It isn’t their fault they were lumped with the job of ruling over us.)

I’d suggest that the Australian Republican Movement needs to start to come out with messages that strongly capture the essence of what Australia should be — a nation tied to this land and no other.

In my mind, the way to do that is to fully embrace the land and the Traditional Owners of the land. To draw on the significance of 60,000 years of ancient Australian heritage. To have the symbols and spirituality of the First Australians in support of our cause. To have strong Indigenous voices advising us on the form an Australian Republic might take and have them and prominently advocating for a Republic. What could show the importance of an Australian Republic more than embracing the very people the Crown displaced.

Let’s kick this process off by sealing a Treaty between the ARM and the First Nations. Sound crazy? The St Mary’s Church in Exile, just around the corner from here, has a treaty with the Jagara People, the Traditional Owners for this area, so why not the Republican Movement? A Treaty between the First Nations and the ARM might just be symbolic, but it would signify a lot. It may lose us a few supporters, but it would, I suspect gain us a whole host more.

This approach may seem bold. And it is. But as I watch the republican movement drift along unable to capture the public zeitgeist, it is clear to me that we need to be bold. Only by building our base support ‒ by getting those 100,000 members minimum ‒ will we be able to capture the public’s attention and bring our cherished Republic closer to a reality.

Malcolm Turnbull famously said that John Howard was the Prime Minister who broke the nation’s heart when we voted down the republic in 1999, but he wasn’t. The heart of the land has been broken since the it was taken away from the First Peoples. This heartbreak shows in the character of the People today.

Only by making our peace with ancient Australia will we be able to make our Republic a reality. And only a Republic that includes the First People can heal the hole in the heart of our land.

Together, let’s make an Australian republic and truly respect the Traditional Owners of the land.

Me with republican hero and pillar of the Queensland Branch of the ARM, the great Betty Smout. pic.twitter.com/C63Vd5ucep

Stand up for equality. Subscribe to IA for just $5.