The Queen in Dublin and the Republic of Ireland in the Commonwealth?

With the Queen visiting Dublin and the Republic considering joining the Commonwealth of Nations, is Ireland crossing a threshold? Lewis Holden comments. 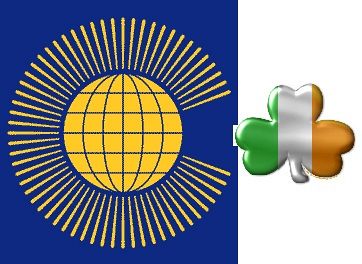 The Queen is making an historic visit to Ireland this week, the first time a reigning British monarch has visited Dublin in more than 100 years. The visit represents the crossing of the threshold for the Irish people — and perhaps another threshold may soon be crossed.

In October, the people of Ireland will go to the polls to elect their head of state, the President of Ireland. Currently leading the race is independent senator David Norris, an openly gay candidate who has gained his nomination from four county councils across Ireland. The contrast with the secretive way Governors-General are selected and dismissed by Prime Ministers couldn't be greater.

But the really interesting thing about Norris is his view that the Republic of Ireland should join the Commonwealth. While the Irish presidency is a non-executive position, the president can openly discuss issues of national identity. Indeed, it's refreshing to see that a candidate for the presidency can openly argue for (or against) something like an international organisation. Compare that, again, with the position of the Governors-General. Whenever they take a view on anything, it apparently imperils the "neutrality" of the Crown.

In May last year, Norris spoke at the launch of a book calling for Ireland's membership of the association. He argued that the Queen's role in the organisation is today simply "titular" and that the Commonwealth provides financial, political and sporting links Ireland otherwise misses out on. The senator also correctly identified that today the majority of members of the Commonwealth are republics.

This wasn't the case when Ireland became ineligible for membership on April 18, 1949. When Ireland declared itself a republic the British Commonwealth – as it was then known – required all members to be "united by a common allegiance to the [British] Crown" as per the Statute of Westminster 1931. Ireland's declaration was signalled at the 1948 Commonwealth Prime Minister's Conference (the forerunner of the modern Commonwealth Heads of Government Meeting, itself renamed because of republican membership), along with India. Indian Prime Minister Nehru told the conference India's new constitution would declare that country a republic by 1950. The Prime Ministers were unable to reach agreement on how to handle republican members of the Commonwealth. In the meantime, Ireland declared its republican status on April 18 and excluded itself from the British Commonwealth.


Ten days later, on 28 April, a hurriedly arranged second Prime Minister's conference agreed to a compromise on the issue of allegiance to the Crown by creating the "Head of the Commonwealth", a position held by the British Monarch. This was the so-called London Declaration. India remained a member as a republic, followed in close succession by a number of African states. The only requirement was republican members re-apply for membership on becoming republics, which was later scrapped in 2007.

This loophole was used by apartheid South Africa and Rabuka's Fiji to leave the Commonwealth on declaring themselves republics. Neither reapplied for membership until after political reform took place in each country (Fiji remains suspended because of the 2006 coup, led, ironically by a monarchist commodore of the Fijian navy). The loophole is often cited by monarchists as some sort of mechanism to exclude Australia (or New Zealand or Canada) from the Commonwealth should we become republics. Sadly, looking at the popular perceptions of the Commonwealth and monarchy (such as a recent New Zealand Herald poll asking whether New Zealanders should keep the Queen and Commonwealth membership versus becoming a republic, for example), putting that lie to bed will still take some time.

So, Ireland's non-membership of the Commonwealth is largely an accident of history that has never been corrected. The reason for this is something of a mystery, but it's obvious that there is continuing ill-feeling towards the former British Empire. The Commonwealth is wrongly seen as the inheritor of this legacy. In fact, the modern Commonwealth is the antithesis of an Empire. As a voluntary organisation of sovereign states, the Commonwealth is the most practical expression of our common heritage. We also get the Commonwealth Games, an excellent opportunity for our athletes to compete on the world stage.

Unlike retaining the British the monarchy, Commonwealth membership does not undermine our sense of national identity. It would not prevent us from having a head of state of our own — indeed most of the arguments for retaining our "British heritage" relate to the benefits we accrue from the monarchy.

It's not hard to see why David Norris wants Ireland to join the modern Commonwealth. Perhaps most importantly, Ireland's membership of the Commonwealth would provide a boost to republicans in Australia. Here is a state that gradually removed the British monarchy from its Constitution and transitioned to a republic. The Republic of Ireland is probably the most-cited example of a successful Westminster-style parliamentary republic. The office Norris is running for is a great example of what a "president of Australia" could look and act like (and, of course, what they wouldn't do as detractors claim). Being able to add "in the Commonwealth" to that increases the authority of that proposition greatly. We should welcome the Irish back into the Commonwealth with open arms.
REPUBLIC INTERNATIONAL Australian head of state CHOGM Commonwealth Fiji Governor General India Lewis Holden Queen in Ireland Republics in the Commonwealth Statute of Westminster
Recent articles by admin