The myth of the Republican elites 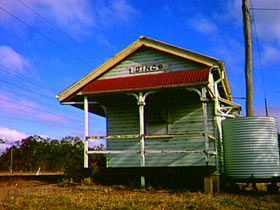 The idea that Republicans are all part of an elite is a farcical joke, says David Donovan from Dingo in Central Queensland.

In the course of doing business – you know, fighting for democracy, egalitarianism and the common weal – republicans are occasionally accused of being elitist.

The argument goes that republicans are all inner-city latte-sipping lefties who want a Republic because they have no understanding about the cares of the common man.

The idea appeared because some especially pompous Sydney Law School Professor from the inner-city Eastern suburbs of that city wrote a book on the subject. Such irony.

As a bloke from Dingo, on the Mackenzie River in Central Queensland, who spent most of his boyhood mustering cattle, building fences and branding calves — the thought that I would ever be part of some elitist inner-city of Sydney al fresco cafe frequenting elite, or would ever even want to be, is utterly absurd. I have nothing against coffee or the elites, but that's just not my crowd, nor will it ever be.


Who are Republicans, and what do they want?

I have met a lot of Republicans and by far the majority of them are like me — ordinary Aussies from all sorts of different, usually modest, backgrounds. We want Australia to be a Republic because it makes sense. Because we believe all people are equal. We don't believe in some mythical blue-blood superiority. We know we're as good as those toffs...and Sydney law professors...and frequently better.

We want Australia to be a Republic because we recognise instantly that having some English member of the nobility automatically taking top dog position in our wholly Australian Federation due to some lame-brained 17th century European idea about "breeding" is not at all what makes this continental Southern Pacific nation tick.

We want Australia to be a Republic because we want to be able to look every other nation in the world in the eye and say, mate, we're just as good as you. We're our own nation, unattached to any other. Our future is in our own hands and, quite frankly, it's looking bright.

We want Australia to be a Republic because its democratic and puts the power in the hands of the people, not some privileged elite.

We want Australia to be a Republic because it's just damn-well time we were. It's time to stop mucking around and just do it.

Don't get us wrong, we're already a completely fantastic nation, and it's thanks  to our upbringing and the values that were given to us by our parent nation – who we still love – that we are — no doubt about that.

So, thanks for all of that, but it's time we were getting on.

We really appreciate all the things you've given us – the rule of law, the legal institutions, the public works and whatnot – but we reckon we can take it from here. Ta.

We'll always be mates, o' course, but we've grown up now and we need to go our own way. You know how it is!?

Look, we don't want to get all touchy feely about this, but 'thing is...reckon we need to grow apart to find out exactly who we are. We live a long way away from each other, y' know? We'll always be close, but hey... Look, this is awkward, but anyway...thanks.


Republican: the opposite of being elitist

Being a Republican is the opposite of being elitist.

Let's face it, you don't get much more elitist than a royal wedding.


You don't get much more elitist than being a part of the aristocracy — or being a King or a Queen.

You don't get much more elitist than being the head of state of a country you don't even live in and seldom even visit.

You don't get much more elitist than wanting to have your head of state chosen from just the first born male Anglican descendents of a 17th century German princess, Sophia Electress of Hanover. (Catholics, in particular, need not apply.)

When it gets right down to it, you don't get any more elitist than the British monarchy. Being the straw-chewing poor country cousin, the Australian throne, in this whole shebang just doesn't cut it.

For this country boy, all this manure just doesn't pass the laugh test.

That's why I'm a Republican.

And I'm not sure who's going to be watching the royal wedding, but I can't imagine it will be too many blokes from the brigalow blocks around Dingo.

I imagine it will be more likely to be the privileged suburban elites, the professionals from around the inner suburbs of Sydney – maybe Law Professors?  – who really want things to stay nice and comfortable for them, just the way they are.
REPUBLIC benefits of a republic David Flint Dingo monarchist myths Monarchy royal wedding
Recent articles by David Donovan