The Fox from Bennelong

THE FOX FROM BENELONG 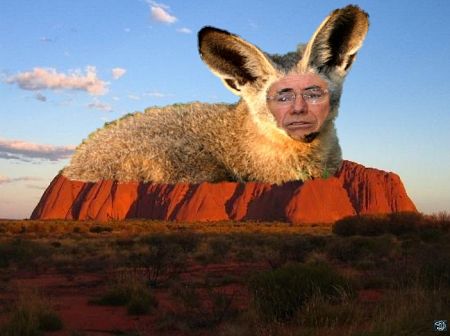 Let's never forget the 6th of November,
Our blackest day on file;
John Howard the FOX we'll always remember
He tricked us all by a mile.

The People's Convention held earlier this year
Was a well thought out plan he made;
For, little we knew when it went into gear,
The Forum was just a charade!

The tricks, the lies, the deceit, they were laid,
All planned from the very start;
The FOX knew well that the plans he had made
Would tear at the A.R.M’s heart.

The Monarchist Blues and Republicans true
That would cross the A.R.M. floor;
Had marked out a scheme that would hoodwink you
and force you to go for a "NO".

The "Pollies Republic" was shown on the screen,
As an evil and ghastly model;
Dictators, terrorists and scum so mean
Would transform our land to a Brothel.

The Hitlers, the Stalins and Saddam Hussein
Were constantly in the news;
They conveniently forgot to mention the QUEEN
Or Charles of the Royal Blues.

Not once did the Monarchists mention her name,
Or that of her Playboy Son;
With Howard and Flint they were playing a game,
A game that had to be won.

The Referendum wording was all just a sham.
One horrible and nasty trick;
Such tactics like this, our minds they did cram
With a campaign so terribly sick.

"lf it ain't broke — Why fix it to-day?"
We were brainwashed through and through;
"Let's go along our old—fashioned way
And stick to the Queen like glue".

They also splashed a GRASS-BLOODY-ROOTS song
With lyrics so very Blasé;
"Come join us folks and sing along",
Let the People have their say!

He duped us all and this we knew,
But our struggle was not in Vain;
We'll show the FOX that we're not through
For we'll rise up and fight again.

If ever a LEADER that strode this land
And crushed our National Pride;
John Howard, you FOX, come raise your hand
and Bloody—well step aside.