Scott Morrison says it's "business as usual" in the Immigration ministry — Bob Ellis says he needs his head read.

Scott Morrison told Fran it was "business as usual" this morning on Insiders.

We board a boat, kidnap fifty children, take their fathers away from them, try to drop them on a beach in India, can’t do so when the High Court stops us, try to traffic the children to the Indians, the Indians say only in a secret, desert place, the children say no, the Indians don’t turn up, we fly them to a hellhole, just officially and reliably condemned as a hellhole where children suicide, and leave them there for a hundred years. Business as usual.

He failed, however, to address, and Fran failed to ask, several questions.

(1) Having been told by Triggs this was child abuse, and asked by Triggs to stop it, why did you do it again?

(2) How do your dealings with India differ from the slave-trade?

(3) How is preventing 153 refugees’ lawyers about to fly across the continent to meet and advise them from seeing them face to face not obstructing justice?

(4) What does the High Court do to obstructors of justice?

(6) Would you sentence these Gazan children to a hundred years on Nauru also?

(7) If the 50 children were Christian Iraqis, would you tell them: "You will never live in Australia"? Why not?

(9) Will you stop calling them people smugglers? You know they came under their own steam.

(10) Why do you keep calling them illegal arrivals? You know they never arrived anywhere.

(12) Why did you say this week they might go to Sri Lanka, when Abbott said they wouldn’t?

(13) Are you going to send some of them to Cambodia? Why not?

(14) How many of the lot you trafficked to Sri Lanka are still alive?

(15) How many Tamil children, in all, have you sent back to Sri Lanka? How many are still alive?

(16) Is it your belief that Reza Barati, and all the recently killed Gazans, are currently burning in hell?

(17) Is it your belief that the Catholics Abbott, Hockey, Pyne, Mirabella and Turnbull will, if they do not convert to Shirelive, burn in hell? And the Jehovah’s Witness Peter Van Onselen? And the atheist Gough Whitlam? The heinous Anglican lesbian Penny Wong?

…It is a little surprising this monster has not been expelled from his church, which favours in certain circumstances not killing or tormenting children. But there you go.

"The majority of the group are Christians" - oh dear, Scott Morrison, what does your god say about that? http://t.co/RdiGn9YbjR

It is desirable, I think, that Morrison’s sanity be investigated, and he be given time off his ministry while extensive tests are done.

A simple motion of the Senate could require it.

It should be soon.

Three people at least have died on his watch, two burning themselves to death, one trying to and failing and over a hundred children attempting, however incompetently, suicide.

It should be soon.

If Scott Morrison is the legal guardian of children who are self-harming, how is he not in gaol? #insiders #auspol 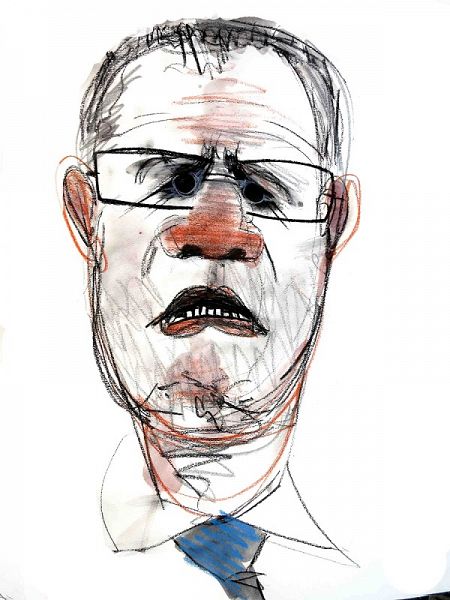