SUBSCRIBE   DONATE LOGIN SHOP
SUBSCRIBE   DONATE
ELECTION LIVESTREAM: Time for toast! Murdoch-free analysis
What to do if you spot conspiracists at the voting booth
Shop IA merchandise!
12 reasons why the Morrison Government should be ‘toast’
Independent Australia needs YOU!
New Australians

Refugee populations around the globe: the facts

"Despite the strong political profile of refugee issues in developed countries such as Australia, four-fifths of the world’s total 15 million refugees are hosted by developing countries," says Professor Helen Ware. 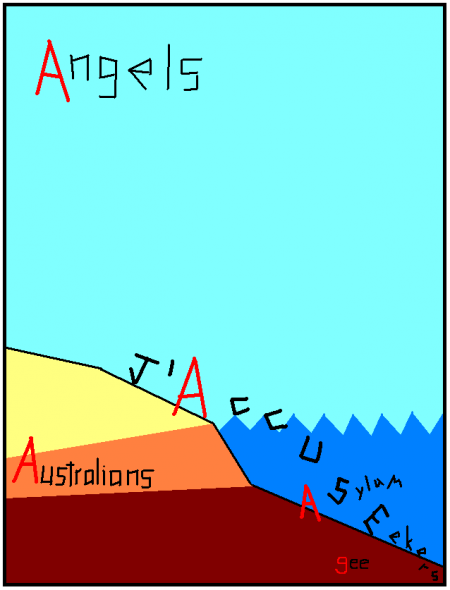 Refugees are created by wars and persecution. People flee their homes because their governments will not, or cannot, protect them from harm and allow them to live in peace.

Under international law, as defined by the 1951 Refugee Convention and extended by the 1967 Protocol, a refugee is someone who is outside their country of origin and unable to return, due to a well-founded fear of persecution because of race, religion, nationality, political opinion or membership of a particular social group.

The global refugee situation is constantly changing as wars come and go and persecution waxes and wanes.

For many civilians in Syria today, with government or opposition troops shelling their homes, what other chance of survival do they have but to leave? There are 107,000 Iraqi refugees in Syria registered with the UN High Commissioner for Refugees or, according to the Syrian government, one million. They have already fled once, now they have to flee again.

Despite the strong political profile of refugee issues in developed countries such as Australia, four-fifths of the world’s total 15 million refugees are hosted by developing countries such as Pakistan on Kenya.

Five million, or one-third of the world’s refugees are Palestinians. For political reasons, Palestinians are the responsibility of a separate UN agency: the UN Relief and Works Agency for Palestinian Refugees. The agency defines these refugees as people whose normal place of residence was Palestine between June 1946 and May 1948, who subsequently lost their homes, including their descendants.

Religious divides are the root of much contemporary refugee flight. Beyond Palestine, the three main source countries for refugees are Afghanistan (3 million), Iraq (1.6 million) and Somalia (0.8 million). Somalia has no effective government, so no central authority controls the countryside or protects citizens from warlords, brigands or gun-toting Islamist fundamentalists. Many refugees from Afghanistan are Hazaras, a persecuted Persian-speaking minority distinguished by language, ethnicity and their Shi'a religion.

Perhaps the world’s most unfortunate refugees are the Rohingyas, people forgotten by the world and wanted by no-one. The Rohingyas are a Muslim minority group from Burma who are not recognised by the Burmese government and are therefore homeless and stateless.

Stateless people are the most deprived among refugees, since they have no nationality and thus no hope that one day the end of the civil war or the fall of a persecuting regime may allow them to go home.


There is no queue

Refugees who come to Australia by boat (but not, for obscure reasons, those who arrive by plane) are said to be queue-jumpers. But there is no queue.

With 15 million refugees and only 80,000 resettlement places available around the world each year, even with a perfect system and not a single refugee joining the queue, it would take 187 years to reach the front. New places in this queue would be created only when hopeless, white-haired refugees eventually died waiting in dusty camps across Asia and Africa.

There are some 12 million stateless people world-wide, most of whom do not count as refugees. Thailand claims to have three million stateless residents. There are one million undocumented individuals of Haitian origin in the Dominican Republic and some 30000 denationalised Kurds in Syria.

An asylum seeker is a person who is seeking to be recognised as a refugee but has not yet received formal refugee status.

In 2010, 845,800 individual asylum applications were submitted to governments and UNHCR offices across 166 countries. Some 150,000 of these claims were from Zimbabweans fleeing the Mugabe regime.

While the Australian media tends to highlight single, young refugees men, 47% of refugees are woman. Female refugees face specific problems. Leaving the camp in search of firewood exposes women to rape, and many camps are unsafe for women without protectors after dark.

In 2010, an estimated 27.5 million people were internally displaced by conflict, including 5 million in Sudan, 4 million in Colombia, 2 million in Iraq, 2 million in the Democratic Republic of Congo and 1.5 million in Somalia. Figures for IDPs are necessarily estimates since no internal authority is officially counting how many citizens each national government has failed to protect.

June 20th is World Refugee Day, when we remember the plight of those who have no choice but to flee and are too often left stranded. It’s time Australians gained some perspective about the small number of asylum seekers who try to find respite on our shores.