THERE HAS BEEN significant support for Governor-General Quentin Bryce’s Back to Grassroots 2013 Boyer Lecture comment, when she said:

“Perhaps one day, one young (Australian) girl or boy may even grow up to be our nation’s first Head of State.”

This position was also taken during 4BC Mornings, 25 November 2013 when Greg Cary spoke to Professor Geoff Gallop, chair of the Australian Republican Movement, about the Governor General expressing her personal political views during her final Boyer lecture:

“The so called politicisation of her views are a non-issue. It is always the right time to ask the questions on whether Australia should be a republic with our own head of state and to debate a good model for that.”

Peter FitzSimons also argued in the Sydney Morning Herald, 24 November 2013, that her statements were

“… no more than an honest statement of hope … these are no more '’political statements’' - as her predictable critics have cried - than it would be if she had expressed the hope that we can eradicate poverty. Can anyone really argue that Australia having an Australian head of state … is not an ideal?”

In the 1990s, most Australians wanted to make the transition to a republic, but were divided on how to best select the Head of State and, in the absence of a proper process to resolve those differences, the referendum in 1999 was defeated 54.9% to 45.1%.

To resolve this, the Australian Republican Movement proposes that Australians first vote on the threshold question:

“Should Australia become a republic?”

After a successful vote on this issue, all Australians must then be given the right to choose from a range of selection methods for our next Head of State, generated through informed community discussion and proper democratic engagement.

The constitutional mechanism for a national vote is called a ‘plebiscite’. This is a term that is unfamiliar to many Australians, as opposed to the more commonly understood ‘referendum’. Australians understand the purpose of a referendum is to vote on changing the Constitution because they have had 19 of them since Federation, however there have only been two plebiscites since Federation — and they were nearly 100 years ago  and both are usually referred to as referendums.

A plebiscite is a direct vote of all citizens on an important public question where they either accept or refuse a proposal, whereas a referendum is a vote used to approve a change to the Australian Constitution. In Australia, a plebiscite (also known as an advisory referendum) is used to decide a national question that does not affect the Constitution. It can be used to test whether the government has sufficient support from the people to go ahead with a proposed action. Unlike a referendum, the decision reached in a plebiscite does not have any legal force.

Australia has only ever held two national plebiscites: on 28 October 1916 and 20 December 1917, both of them relating to the introduction of conscription during the First World War.

It was due to the controversial nature of the measure and a lack of clear parliamentary support that saw Prime Minister Billy Hughes take the issue to a public vote to obtain a symbolic ‒ rather than legal ‒ sanction for the move. The plebiscite sparked a divisive debate that split the public and the Labor Party in the process, and resulted in a close but clear rejection of the measure. The 1916 and 1917 conscription plebiscites saw a defeat of a question that did not suit the majority view of national voters, who supported a volunteer military defence force. This outcome was in opposition to the then Prime Minister’s campaigned stance.

Polling conducted by the Australian Republican Movement on the Governor-General’s comment reveals: 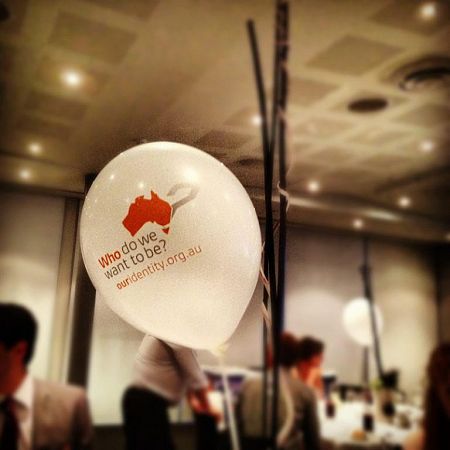 This shows evidence of continued, significant support for a republic.

Professor Gallop said in response that it is time to reengage the population in debate:

“We recognise the issue went quiet for a few years, which explains the high numbers who are ‘unsure’, but it’s time to engage everyone in the conversation and find out how we want to face the future as a nation.”

He also stated in The Australian on 19 November 2013 that all nations need a vision:

“… all nations, whether big or small, need a vision of who they are and where they are; what they stand for and how they intend to project themselves.”

It’s time for us to have a national conversation about a step-by-step transition to a republic, so that our Head of State is one of us ‒ an Australian ‒ to represent our identity, our values and our nation.

With a monarchist current Prime Minister and significant support for Australia to become a republic from the Australian voters, a future republican national vote echoes of the 1916 and 1917 conscription referenda results, with this time the national voters championing a virtuous cause against an unpopular Prime Minister.

“Perhaps one day” we will get back to grassroots as a nation and sort out once and for all the establishment of our own head of state.