National Wattle Day — a time to reflect on our republican future

Wattle Day is celebrated annually on the first day of spring, today, the 1st of September and captures something crucial to the success of the republic — a feeling for country, writes history editor Dr Glenn Davies.

WATTLE HAS been the great witness to the entire Australian story. It has welcomed us all — Indigenous, colonial and modern day immigrants. Australians may have made a home for themselves amongst the gumtrees, but it is the wattle tree that has found its way into Australian symbolism. Most Australians can recognise a wattle, at least when it is in flower.

Last week, during his National Press Club Speech, the newly minted national chair of the Australian Republican Movement, Peter FitzSimons, made a clarion call for movement towards a republic in the next five years:

A generation ago Australia had a go at becoming a republic and for a variety of well-documented reasons – most particularly including disunity, even among republicans, and a prime minister who just didn't believe in it – didn't quite get there.

But that was then, and this is now, and it is our hope and belief that sometime in the next five years Australia can again begin the formal process towards becoming the Republic of Australia – an independent sovereign nation, beneath the Southern Cross we stand, a sprig of wattle in our hand.

Of course, FitzSimons is quoting from the Australian cricket team victory song Under The Southern Cross I Stand with its reference to “a sprig of wattle in our hand”.

Wattle Day is a time when the smells of spring are in the air and the vivid gold of the blossom is literally arresting. It is celebrated annually on the first day of spring, when a sprig of Australia’s official national floral emblem, the golden wattle, Acacia pycnantha is traditionally worn. The green and gold of its leaves and blossoms were declared national colours in 1984, and in 1988 the wattle was adopted as the official national flower. The 1 September 1992 was formally declared as "National Wattle Day" by then Minister for the Environment, Ros Kelly, and in 1993, the Australian Republican Movement gave its support to Wattle Day celebrations throughout Australia on 1 September. 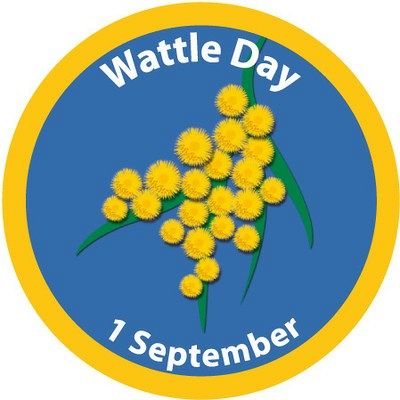 National Wattle Day is about land and people. Wattle is the blaze of colour that paints Australia's landscape every year. It is the gold that blends with the eucalypt green to form the green and gold around which Australians so willingly unite. Because wattle springs organically from the land it bonds Australians as a people to the land. National Wattle Day captures something crucial to the success of the republic — a feeling for country and a spirit of place. It is from this sense of place that the spirit of the future republic will emerge.

The democracy of wattles – the fact that they grow in all states – was the overpowering reason why the wattle and not the waratah was chosen as the floral emblem in the early twentieth century.

'I love the spring. It means the wattle comes out again. It is a symbol of everything one loves about Australia and the ideal of the uniqueness of Australia. To me, every spring holds out the hope that it won’t be long before Australia is completely independent [but I also] share Henry Lawson’s view that blood should never stain the wattle.'

Wattle is a broad and inclusive symbol. It touches all levels of society, from very early pioneers and World War I diggers (buried with a customary sprig of wattle), to victims of the Bali bombings and the nation’s best who are honoured with Order of Australia awards with insignia designed around the shape of a single wattle blossom. Australian Olympic athletes wear wattle inspired green and gold uniforms. A Governor General, Sir William Deane, took wattle blossoms to Switzerland to commemorate young Australians who died there and Prime Minister John Howard wore sprigs of wattle at ceremonies after the Bali bombings.

Wattle grows in all parts of Australia, differing varieties flowering throughout the year. It links all Australians, from the first to the newest at citizenship ceremonies. 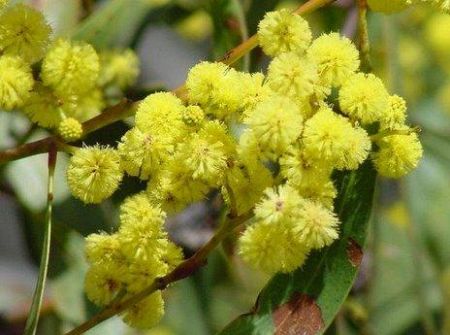 Read my article "It's a great time to be an Australian republican" @ausrepublic @peter_fitz @SenKatyG @independentaus http://t.co/mYO6Okfylu

Oppose discrimination and inequality. Subscribe to IA for just $5.