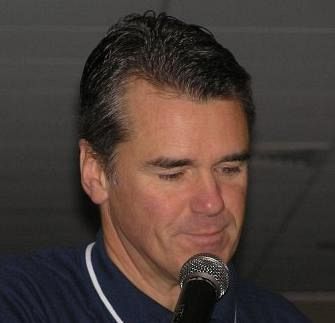 Australia is peaceful, harmonious and mature, says David McKenna, and has reached the point where it should become truly independent and fully democratic.

MARTIAL LAW and a bloody rebellion in Australia?  “Impossible!” you might say.  Well think again.

In fact, Australia’s history includes at least two major Irish uprisings. In the Colony of NSW in March 1804, in what has become known as the Castle Hill Rebellion, 200 convicts led by two Irish republicans, Philip Cunningham and William Johnston, revolted against the Crown. Martial law was imposed for a time and nine of the rebels were eventually executed.

In December 1854, at Ballarat, thousands of aggrieved gold diggers led by Irishman Peter Lalor formed the Ballarat Reform League and swore to “endeavour to supersede such Royal prerogative by asserting that of the people, which is the most royal of all prerogatives, as the people are the only legitimate source of all political power”.

Soon afterwards the Eureka Stockade at Ballarat was attacked by British soldiers early one Sunday morning resulting in the death of 22 diggers.  Lalor himself suffered an amputation to his arm and eventually became Speaker of the Victorian House of Assembly.  A new more democratic constitution was adopted soon after.

So where has this history of (Irish) republicanism led us?  Today a majority of Australians support an Australian Head of State and many cannot see the benefit in having a foreign monarch as our national leader. Many feel it’s time we were led by one of us.

It seems we have reached a point in our history where we should become truly independent and truly democratic.  We have matured as a nation since Federation in 1901.  Since then we have volunteered in several major wars, survived the 1930’s economic depression, hosted the Olympics Games twice, hosted the Commonwealth Games on four occasions, presided over a relatively harmonious political system and have scrupulously upheld the rule of law.  We are now mature enough to run our own affairs.