Make no mistake: this is a politicians’ monarchy

One of the greatest scams perpetrated by monarchists is the argument that the monarchy somehow denies power to politicians. In the UK, as in Australia, it grants them vast and unchecked powers. Graham Smith comments. 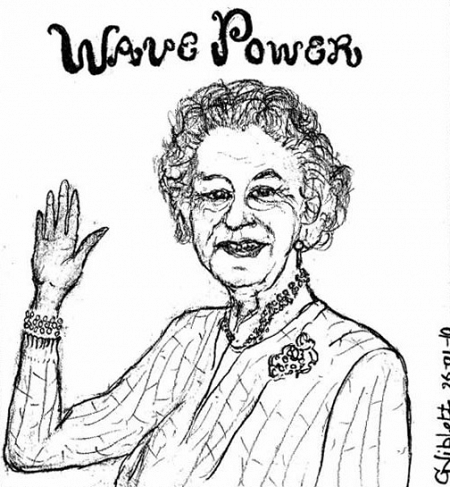 ONE OF THE MORE PERVERSE ARGUMENTS used by monarchists is to suggest the debate is a matter of choice between royals and politicians. The implication is that removal of the monarchy would somehow give politicians more power, by putting in place of the Queen an elected head of state (monarchists seem to equate ‘politician’ with ‘elected’ as if not being elected removes the political gene from a person’s genetic makeup).

Of course, in Britain, at least, this argument is a complete travesty: our politicians would struggle to gain more power than they already have and the source of their collective authority is the Crown. The monarchy (and I make the distinction between the institution of the Crown and the institution of the monarchy) is there to protect the Crown from intelligent scrutiny by shielding it with trivia, hysteria, deference and a never-ending royal soap opera (albeit one with declining viewing figures).

Through the Crown the monarch has vast and unchallengeable powers, yet they are powers which the monarch does not use. They are used instead by the politicians, namely the prime minister and his ministers (and often by civil servants). These powers include the vast patronage enjoyed by the PM, who can decide on appointments of ministers, civil servants, BBC trustees, bishops, Quango chiefs, members of our upper house, ambassadors, a vast array of other lesser known figures and of course OBEs, knighthoods and all the other trinkets and gongs handed to friends, donors and the assorted ‘great and good’.

The powers also include the power to declare war, to sign treaties with the EU and foreign countries, the power to make law in the Privy Council and to dissolve parliament.

Technically the Queen can exercise some of these powers independently, such as dismiss the prime minister or dissolve parliament. Were she to do so there is no legal recourse as the sovereignty of the Crown is paramount. The only option would be to have a constitutional stand-off whereby parliament would reconvene itself and remove the monarch. Hardly a smooth and peaceful mechanism appropriate for a modern democracy. However, as the monarch’s first duty is to the preservation of the monarchy, the Queen refuses to have any input in the constitutional process as we saw after last year’s general election when her spokespeople went out of their way to remove the Queen from any decision over who should be PM. As a consequence, the PM and the government (and in times of constitutional uncertainty, civil servants and faceless advisors) have their hands on the vast powers of the monarch.

Where powers have been limited or removed they have been done so either by government diktat or by legislation, both of which are controlled by the government of the day. Parliament, through the Crown, is sovereign: there is no authority above it that can limit its powers against its will. Government controls parliament and therefore controls any decisions about what powers the government has. As I said, it would be difficult to give the politicians more power than at present.

So let’s be absolutely clear: this is a politicians’ monarchy, it serves the few and the powerful over the interests of the many. To say it offers no protection to the people against the the politicians would be an understatement: it is the source of the politicians’ power. To say the monarchy has the benefit of offering a non-partisan and impartial head of state is to fundamentally miss the point: the Queen is constitutionally pointless and in no way independent of the prime minister in practice.

This debate is a choice between the politicians’ monarchy and a democratic republic that has the best chance of serving the interests of the people. It is about limiting the power of the politicians and putting in place of the Queen a head of state who is both elected and effective, someone who is independent of the prime minister and who can act as referee of the political system and guarantor of our constitution.


(Graham Smith is the campaign manager for Republic (UK). This story was originally published on 28 March 2011.)