Did Julia Gillard invite Prince William and Kate Middleton to Australia in response to her invitation to the royal wedding? Is she really a monarchist? David Donovan comments.

Today, we hear the news that Prince William and, perhaps, his fiancee will be coming to Australia later this month. This comes not long after the news that the Prime Minister has been invited to the wedding of the couple. 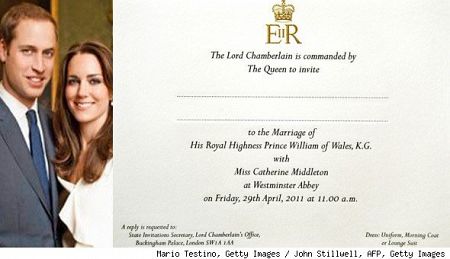 William is coming out here at the invitation of our Prime Minister, the "lifelong republican" Julia Gillard, apparently to visit flood victims in Queensland, New South Wales and Victoria.

We smell a rat.

Because he has been invited by our Government, the tour takes on the status of an "official" tour, meaning it will all be paid for by the Australian taxpayer. We know that the Windsors don't travel cheap!

Is there where our flood levy will be going? In paying for an entirely unnecessary public relations tour by the Windsor family?

How much did this invite have to do with our Welsh-born Prime Minister being invited to the royal wedding. Should we now suspect that that she is going?

If she does go, we will know for sure that – despite all her claims about being a republican – she has a monarchist core—her republicanism merely being a pose to keep her in line with Labor Party policy to have an Australian Republic...umm...one day....who knows when?

This is much like her membership of the ALP left-faction was a convenient illusion to gain support for her leadership aspirations, as ABC's Four Corners established.

"I think Julia's as left wing as my right foot," said one interviewee.

We all know now that she really cannot be trusted—as shown by her reneging on an election promise of not introducing a Carbon Tax.

Apart from throwing the republic into the 'never-never' during the election campaign, by stating Australia should wait until the Queen dies before becoming a republic, she has done precisely nothing positive on the issue.

Where does Julia Gillard stand on the Republic? Is she only slightly less monarchist than Tony Abbott?

Today's news indicates that this may be the case. If she accepts the invitation to the royal wedding, we will know for sure.
REPUBLIC Julia Gillard Kate Middleton Prince William Royal tours
Recent articles by admin