Farcical aquatic ceremonies and the laws of succession

Forget the laws of succession, the English (and therefore Australian) monarch has been selected by the ruling elites throughout history, says Rob Coughlan.

So, CHOGM has decided to alter the laws governing succession. Of course, the Queen had no input into this decision did she? Well, maybe just a little bit. So, now laws will be enacted, approved by Her Majesty, which will tell us who our new Heads of State will be. But how did Elizabeth II come to be there? Sit down somewhere comfy and your old uncle will tell you a story.

What do we mean by succession? Well, basically, it means: one thing after another. Hence, for royalty, who are appointed, one after the other. Of course, this system has rules, such as the Salic Law which requires the succession to go only to males. While part of the French historical succession, it has not always been part of that for the British monarchy, which will allow women to succeed if there are no male children available.

Elizabeth is where she is because her father, George VI, was king. Ignoring the abdication of his brother, Edward VIII, Elizabeth can trace generation after generation back to Queen Victoria, her great, great, grandmother. Here it gets a little trickier. Victoria came to the throne in 1837 because her uncle, William IV died childless. His brother, George IV, had a daughter, but the succession went to William as the next male in line. There being no more males, it went to Vicky.

With William, we can trace a line of direct descent back to George I. Here again, events become problematical. Rather than walk our way backwards, let’s jump back 40 odd years and work forwards. I don’t want to make this a history lesson, so I’ll just stick to the main points. 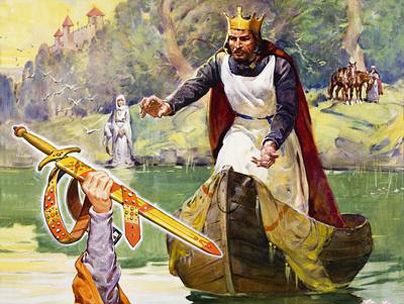 After the short run of the Protectorate, under Oliver Cromwell, there came a realisation that living under a Puritan based government was no fun at all. Probably a bit like government by Tony, where the answer to everything is ‘No’. So, when Oliver conveniently died, Parliament decided to bring back Charles I’s son, Charles II. They also wanted a little bit more liberalism in their religion.  Something giving a modicum of fun. He was a much jollier, carefree, chap and everything went along fine because basically Parliament could get on and run the country the way they wanted.  Remember in 1660, Parliament means only those who are titled or have land or both. There was a sign on the door of Parliament that said Peasants and Workers keep out. Well not quite, but you should get my point.

Now, Charles passed on and his brother James II became king. Here was a different kettle of fish.  Same fun loving attitude but, you see, he was a Catholic. While willing to practice in private, he had funny ideas about wanting to extend a little bit more tolerance towards not only Catholics (read vested interests) but also Protestant dissenters (read the bad old no fun Puritans). Now to both sides of Parliament, Whigs and Tories, this was beyond the pale. They were enjoying things the way they were. So they actively sought to replace James.

The solution to the problem was the Glorious Revolt of 1688, where Parliament asked Mary, James’ daughter, and her husband William III, Duke of Orange, a good Dutch Protestant, to come and rule over the unhappy kingdom. But, hang on, James II had a son — James, Prince of Wales. He was conveniently overlooked. Why were the laws of the land ignored? Because the future James III would have probably tried to restore the country to Catholicism. So, here we have the hoary old chestnut of politics and religion mixing and interfering with the vested interests.

Mary, and her sister Anne, were both brought up devout Protestants by their mother Anne Hyde.  James, Prince of Wales, was brought up in the Catholic faith by his mother Mary of Modena.  So, rule of traditional law was conveniently traded for religious imperative. Mary died in 1694 leaving William to reign alone. Meanwhile, Anne had a son, William, Duke of Gloucester and all looked set to keep the succession on tract, except the poor little chappie died in 1700.  With James the Pretender waiting in Europe, William III had to act and so Parliament agreed to the Act of Settlement that put into law that Anne would follow him when he died and, if she had no more children, then succession would go to the closest Protestant relative.

And who might this be, we hear you ask. Well none other than Sophie, Dowager Electress of Hanover, niece of the long dead Charles I, cousin to James II and second cousin to Anne. Poor Anne died in 1714, but so did the ageing Sophie. So who does this leave? None other than Anne’s third cousin, George, Elector of Hanover, who could not speak a word of English. Yes, in 1714, it was better to have a complete foreigner on the throne than a Catholic who was Anne’s uncle and a closer relative. You should by now see how the game is played.

I make these points only to highlight the serpentine twists and turns that governed the succession, regardless of long held traditions and the fact that Parliament was closely controlling who was going to be Head of State. James II’s  eldest son, who should of succeeded him as James III,  died in 1766 but had two sons Charles Edward (Bonnie Prince Charlie), died 1788,  and Henry Benedict, who died in 1807. The direct male line became extinct with their death, if one discounts illegitimate children.   The succession of bastards would even in our current time be totally unthinkable. These de facto relationships are just not right and proper!

Before leaving this part of the tale, it would be historically incorrect of me not to point out some important factors about the present Queen. She is descended from the Stuarts through a cadet (junior) line of the Palatine branch of the House of Stuart. The present senior line of the Stuarts descends from Charles I and his youngest daughter Henrietta Anne Stuart and survives to this day in the House of Wittelsbach, the once kings of Bavaria.

By this stage, the mind is probably boggling. Even to someone who loves history as much as myself, the head spins. Oh, but wait, there’s more. The first Stuart king was James I, who succeeded Elizabeth I in 1603 as she died childless. And why did he get the gig? His grandmother, through his mother, Mary Queen of Scots, was Margaret, sister to Henry VIII. He happened to be the closest living male relative.


Henry’s father was Henry VII (Henry Tudor, Earl of Richmond), whose wife was Elizabeth Plantagenet, niece of Richard III. Here we go again, I hear you thinking. And you are right to do so. It was Henry Tudor that won the Battle of Bosworth in 1488. Richard III was slain and Henry became king. But what was Henry’s claim? His mother was descended through the Beauforts who were Earls of Somerset, descended from John of Gaunt, Duke of Lancaster, and his second wife Catherine Roelt.  He was brother of Richard II, deposed by John of Gaunt’s son, Henry IV, by Gaunt’s first wife Blanche. Deposed by whom? Well, the baron’s and the like who constituted the Parliament at the beginning of the 15th century. Henry Tudor also had a claim in that his father was married to Catherine, widow of Henry V. Claims through wives’ relationships now? Isn’t succession supposed to be genetically based? Well, to be honest, there were distant links.

However, even then his claim was somewhat problematical as there were some cousins of his wife that also had a claim and had closer male genetic links. The last of these, Henry Pole, 1st Baron of Montagu, was conveniently found guilty of treason by Henry VIII and got the chop, literally.

Well that is the end of the story, but what is the point you might ask. Well, I’m a student of history and particularly the periods I have been discussing. On the surface, succession is decided on a set of laws that state who comes next. However history clearly shows that when required, the ruling elites, whether we call them barons and/or parliaments, are willing to step in to make sure their choice makes it to the number one spot. While you might think that this is in the past, just cast your minds back less than 100 years ago to Edward VIII. He had to abdicate because he could not marry who he wanted to. It did not suit the ruling elite. Times might have changed but who, given the events recently in financial and political spheres around the world, is to say that the elites will not interfere again? What if Charles III is unacceptable because everyone prefers Wills?

What is of more concern is that the British monarch is our Head of State. Whatever apologies monarchists might make, we will have no choice because it is the elites of another nation that will have the final say. It appears to me that, despite all the gushing and publicity and claims of charming this and dignified that, we are going to get what we are given. If, in the 21st century, we can not look back over history and realise that the convoluted manoeuvrings that have guided the English succession are out-of-date, what are we to make of it today? The decision of CHOGM to be rid of gender inequality might be a move in the right direction — but still we have the question of religion.  The ghost of 1701 still has its icy grip on us today.

Perhaps Monty Python’s Holy Grail arrives at the pith and marrow of succession without too much history.

“A mandate comes from the masses, not farcical aquatic ceremonies. You can’t wield supreme executive power because some watery tart threw a sword at you. If I went around saying I was an Emperor because some moistened bint threw a scimitar at me they would put me away.”

Yet today, that same power comes not from the Lady of the Lake, but the genes you are given and the religion imposed upon you. What is more concerning is that no-one will lock you away because you believe that this is a natural way of choosing who will be your Head of State. Why not choose by a round robin game of Call of Duty, or Battlefield 3 on the PlayStation. That has just as much validity to me.