Don’t let the Kiwis beat us to an Australian republic

On the 14th anniversary of Australia’s republic referendum, history editor Dr Glenn Davies reports that New Zealand is set to vote on becoming a republic on the death of the Queen. 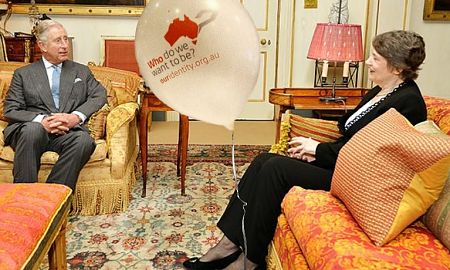 THE NEW ZEALAND LABOUR PARTY voted at its annual conference last weekend to hold a referendum to become a republic on the death of the Queen and to have a New Zealander as their next Head of State.

This followed the comment by former NZ Prime Minister Helen Clark that it is "quaint" that New Zealand does not have a head of State of its own, which are being welcomed by the campaign for a New Zealand head of State.

Helen Clark is in her second term in charge of the United Nations Development Program. On 1 November 2013, after a meeting with Prince Charles (pictured above) to discuss sustainable development issues she stated:

"My view has always been that at some point, New Zealand will become a republic because the longer we go on not having a head of state in New Zealand itself, it becomes more quaint, if you like.”

A Herald on Sunday poll published on 27 January 2013 found only 1 in 3 New Zealanders wanted Prince Charles to become their head of State. The poll of 1,000 New Zealanders found 43.3% didn't want Charles, while 37.4% said they did. (The rest were undecided.)

"In her role at the UN, Helen probably gets to see a lot of the issues raised by our country not having a head of State of its own. At the same time, she acknowledges that the Royal family are fine servants and interested in global issues. That's great for them, but it's really only of benefit to the United Kingdom, because the Royals are, first and foremost, British and not Kiwis.” 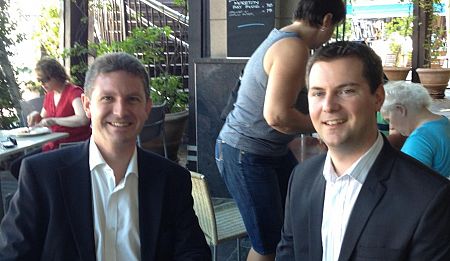 Interestingly, it was two days before the 1981 Royal Wedding when the Australian Labor Party declared that Australia should become a republic. At the ALP National Conference in Melbourne, the word ‘republic’ was substituted for ‘nation’ when it endorsed a commitment for reform of the Australian Constitution.

The endorsement of a republic almost seemed to slip through the conference – the vote was 26 to 21 – partly as a result of apparent confusion on the part of the conference chairman, the New South Wales premier, Neville Wran. Wran, for some reason, failed to put to conference a procedural motion which would have deferred a vote on the republican issue until the 1982 conference.

Since then, it has always been ALP Policy to support the creation of an Australian republic. Now, the development of a clear party policy on a New Zealand head of State appears to be firmly on New Zealand Labour's agenda.

Surely, as we approach the end of the Queen’s reign, Aussies will want choice on who heads our nation. Meanwhile, tiny Grenada and Jamaica have signalled moves to become republics within the Commonwealth in coming years. If New Zealand joins them, almost all Commonwealth countries will then have become fully independent as republics before Australia.

C’mon Aussies, we can’t let the Kiwis beat us — not at the rugby, but in becoming a fully-fledged, independent nation.