It is time for Chief Justice Marilyn Warren to exercise her powers to look into the (Secret) State of Victoria’s (in)justice system, says contributing editor-at-large Tess Lawrence — who also questions why the media turns a blind eye.


The FoI materials released by the DoJ amounted to a 10-page summary document spreadsheet of reported "personal safety incidents" in the Victorian court system for calendar years 2010, 2011 and Q1 of 2012. The materials contained no specific incident dates or incident identifiers (only that it was a "personal safety incident" involving a "Threat (Bomb, Other) / Intimidating Behaviour"). Each line of the spreadsheet identified a single incident by court, location where the threat occurred (lobby, entry, foyer, etc). There were no details on the exact nature of the threat, who made it or it was directed at, or the action taken.

DoJ, Attorney General and court spokespeople repeatedly declined my requests for contextual information about the incidents, citing operational security reasons. They would only provide the generic definition of what constitutes a threat, as I provided in the story. They were unwilling to provide examples of threats or to confirm incidents that I believed might have constituted reported threats. This included the events in the courtroom during Matt Norman's January hearing.

The comments provided by the DoJ spokespeople were printed exactly as they were provided. They refused to comment on any incident, qualifying that only by stating that they were concerned that media coverage drawn to the issues of threats could generate more threats.

As to your other questions...

Matt Norman contacted me about his case after reading a story I had written about a proposed lawsuit against the bank sector over lending standards during the GFC. As a result, I came to watch the proceedings. I spoke to Matt after the hearing and contacted court officials about what had transpired but they were unwilling to discuss anything about the letter the judge received or Matt's complaint about the behaviour of the court officer (The copy of the letter mentioned in my story was obtained from Matt's blog). Shortly afterwards, I filed my FoI about security incidents / threats in the Victorian court system. The story last Sunday was the result.

To be absolutely clear, the story was not cut, dropped or otherwise altered. It was printed as I filed it.

I'm not sure what you mean by I "did not set the facts straight" in my story.

This story wasn't about Matt or any other specific case, which was why he was never cited by name. The anonymous letter that was received by the judge was cited in the story as an example of the type of threats sent to the court. I specifically did not mention Matt because I did not wish to imply, suggest or infer that he was responsible for that letter. I felt to identify Matt in the same story as the anonymous letter would be grossly unfair and could accidentally imply some kind of responsibility by proximity. 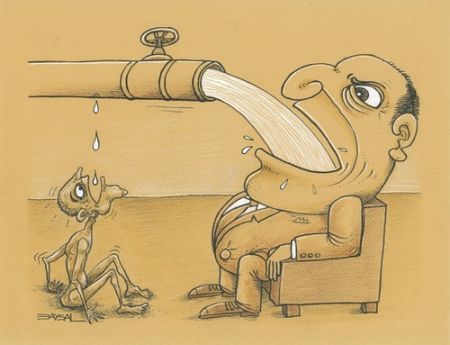 I appreciate Chris Vedelago's response but, as a reporter and editor, I still don't get why he didn't write about the extraordinary goings on in the hapless Matt Norman versus the Spurr, Gadens, NAB, Justice Judd and his dentist case.

Just because the Court officials refused to comment does not preclude writing a story, as our own story on January 20, 'Justice for the Few' attests.

In fact, their refusal to comment would be part of any story.

And I'd be seeking comment from others. Either way, Chris could have simply documented what he saw and heard.

By any measure, what happened in Court on January 19 was a hard news story and should have been reported in The Age on January 20.

We now have several people who are prepared to testify on Matt Norman's behalf as to what actually took place in Court — myself included.

At the very least, Matt Norman deserves a re-hearing and there needs to be a proper investigation.

We need Chief Justice Marilyn Warren to exercise her powers — if she has any powers left in Victoria's Secret State.

Or do we have to wait for Gina the Rinehart to stake her claim and to ride into Melbourne Town from the Wild West, supplanting the State with her own posse of fly in, fly out judiciary, politicians and media.

The awful reality is: in Victoria, we might be unable to spot any difference.