By Graham Jackson | 17 July 2012, 12:33pm | comments |
When thinking about the current crop of boat people, we should also remember that many of our ancestors also arrived in Australia after perilous boat journeys. In this light, Graham Jackson looks at his own family’s sea migrations to Australia. 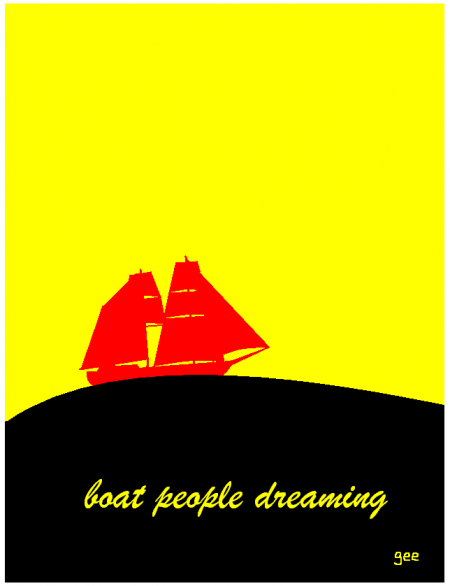 Since the nineteenth century there has been speculation about the origins of the first Australians; whether they came from South East Asia, Africa, or Europe via India. In 1964, anthropologists Ronald and Catherine Berndt  wrote:

‘Whether they deliberately set out as explorers to find a new home, or were forced to leave because of population pressures and incoming migrants, or for other reasons, we have no way of knowing. But … it seems likely that they reached the mainland not so much by design as by accident, perhaps drifting down as a result of a storm. Both in the past and in the present day, canoes and small boats from nearby Indonesian islands and southern New Guinea have been washed ashore on the north and northwest Australian coast.’


The idea of the first Australians as boat people permeates our literature, from books by scholars to picture books for children, such as those by Percy Trezise and Aboriginal artist Dick Roughsey in the 1970s and 80s. In The Peopling of Australia (1987) Trezise wrote that Australia itself “was like a giant life raft,” breaking away from the super-continent Gondwanaland. Much later, the first Australians arrived, “and probably they came by raft via Java.”

My own white ancestors, all my great-grandparents, came by boat from England, Scotland and Ireland. In 1854, two of them, Charles Jackson and Jane Candy, were married in Gloucester and days later boarded the Eagle in Liverpool. Locked away in the National Library, Canberra, is a children’s exercise book. It belonged to Emily Braine, a ten year old who was also on the Eagle bound for Australia. With her grandmother sick for most of the voyage, many of Emily’s pencilled notes are about her family’s health. The first passenger died only days out of Liverpool, soon followed by a second:

‘…we witnessed for the first time a corpse buried in the great deep. The body is sewn up into a piece of canvas with a stone at the feet and it is slid along a plank into the water. What a sound beside the dashing of the water. The burial service is read. 2 deaths in a week, it almost frightens us.’


Two months later, the Eagle had a narrow escape off Gough Island, south west of the Cape of Good Hope. As passengers and crew watched the rocks draw nearer, “the Captain ran upon deck undressed for in a few minutes we should have been shipwrecked. It frightened us very much.”

The voyage deteriorated from that point on, as the Eagle plunged through heavy seas, with icebergs rearing up out of the fog. One of them, Emily recorded, “was 2 miles square and as high as our top mast. As soon as we passed it we came to another … rather larger and it was about a mile from us.” The weather grew worse, said Emily:

‘Last night it was very rough, the ship rocking, the waves dashing over. About 12 o’clock a large wave … broke the skylight of the fore cabin to pieces and took away the life boat and water came down through the windows. The ship sunk under it but rose again in a few minutes. We were all much frightened.’ 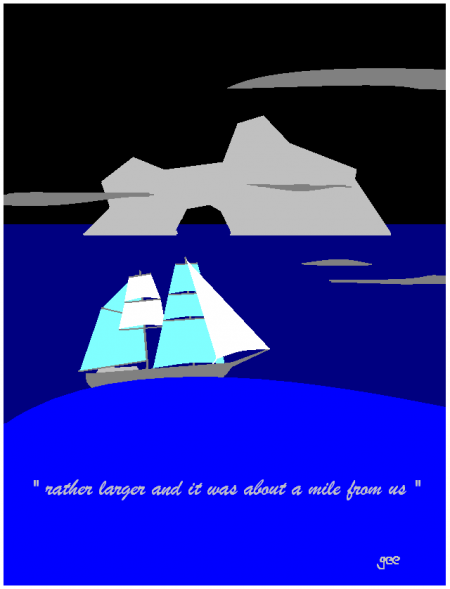 In 1870, another great-grandfather, Stewart Byron, left impoverished rural Scotland looking for work. He was a shoemaker. Like many others at that time, he soon found himself in Liverpool, wondering if he could get on a boat. Instead, he met and married another Scottish immigrant, Jane Shields. At least that’s who she thought she was. She was a teenager and had no papers. Years later, they discovered she was a “bastard” child (as the parish register plainly put it) and that her name was McKeand. In the meantime, Stewart had become a policeman in suburban Liverpool , then an evangelist, and the couple were raising six children. With fever raging in the low-lying suburb of Everton, with sickness and death around them, the Byrons decided to emigrate.

They came to Australia on the immigrant ship Nuddea. Like most of their fellow passengers they were ‘assisted’ —  their fares subsidised by government, business and institutional interests which would benefit by their labour in Queensland. Some would end up working in Queensland’s new mining towns. Stewart Byron was going to work for the Presbyterian Church, ‘singing’ the gospel to workers on the railway line being built west from Rockhampton.

But Nuddea’s first port of call was Malta, where 71 passengers were taken aboard; “…an experimental Maltese contingent in organised and officially sanctioned migration to the sugar cane industry.”

Later, it was discovered that 9 stowaways also got aboard in Malta. The rest of the voyage was, by the standards of the time, uneventful. 17 children died – “from infantile diseases – diarrhoea, teething, convulsion, &c.” All the Byron children survived. My grandmother, an eleven year old, was the eldest and helped her mother look after her brothers and sisters. The youngest was two months old when they set out.

Nuddea landed its passengers at their future employment and homes along the Queensland coast. The first got off at Cooktown. The Maltese sugar cane workers and 25 other immigrants got off at Townsville. 3 disembarked at Bowen, 30 at Mackay, and 71 (including the Byrons) at Rockhampton. The rest went on to Brisbane, where the voyage of Nuddea became the subject of a government committee investigation into “alleged overcrowding of passengers.” In the meantime, the last of the ship’s passengers were temporarily housed at the immigration depot:

‘On Thursday night there were about 34 married couples and their children in the depot. At about half past 8 o’clock … beds, on which numbers of children were huddled together, were scattered about the floor so thickly that space could scarcely be found to walk from one end of the room to the other. The women and a few men were standing about or sitting on the floor, apparently scarcely able to bear the heat of the place; while the foul air gave the room a musty, unpleasant smell, that was scarcely bearable.’ 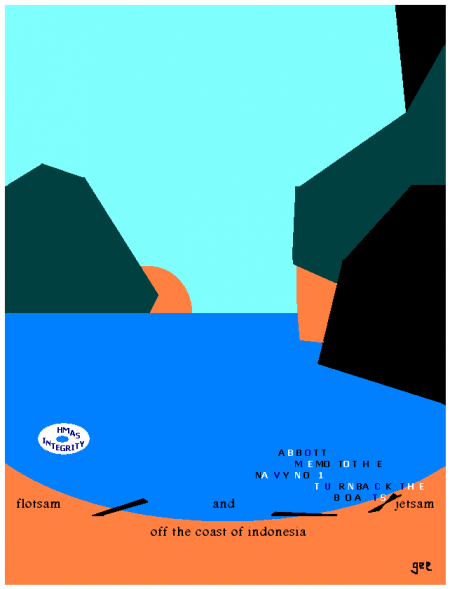 We might wonder if anything has changed since 1883 for those forced away from their homelands, other than the fact that asylum-seekers and immigrants nowadays leave situations far worse than anything my ancestors experienced. Of my other two sets of great grandparents, one was escaping famine in Ireland, the other mild religious persecution in England. They and the Jacksons and Byrons all prospered in their new country, although the women tended to die young.  Jane Byron, for instance, had another 4 children in Queensland – 10 in all – before she died in her forties — not from exhaustion, but certainly after living a very full life, including a perilous voyage to Australia.

Nowadays, most immigrants and asylum-seekers come by plane. Only the more desperate and vulnerable asylum-seekers come by boat and experience Emily Braine’s fear on the ocean. Most of us already safe in Australia don’t have much sympathy for them, even when they drown. They have been so effectively demonised as ‘illegal immigrants’ we only show a bit of emotion when they go to their watery graves under our noses, off the Christmas Island rocks. Then we might get agitated, as we do by images of cattle being ill-treated in Indonesian abattoirs.

Elsewhere in Indonesia and Malaysia, the UNHCR has processed refugees who wait and dream about getting to our unwelcoming shores. Others wait to be processed. Others put their lives at risk and board boats, hoping to get here. Here is Australia, one of the most prosperous countries on earth, home to the richest woman on earth, whose companies will eventually need overseas workers in new mining towns. The government recognises that this is the case, just as governments here have done for one and a half centuries. Here is also the home of the richly eccentric Clive Palmer, who, to give credit where it’s due, has suggested we should help the more desperate buy plane tickets, rather than give their money to people smugglers — and to treat them equitably when they get here.

This is the only part of the whole sorry business we seem to be getting right. For the rest, our Labour Government struggles with non-white immigration as it has done since the Labour movement began, and the Abbott Opposition beguiles us with the vision of treating these victims with the justice Mr Abbott believes they deserve. Turn their illegal boats around, put them behind razor wire if they wash up on our beaches — just as the great John Howard once did. Let them stitch their lips, and their minds. They have no right to dream, and should be punished for their presumption.