While work goes ahead to destroy Black Swan Lake, questions are being raised as to the environmental safety of the filling methods, writes Sue Arnold.

AS MANY ENVIRONMENTALLY CONCERNED Queenslanders have recently discovered, there’s a popular new game in town. It’s called the political merry-go-round — simple to play with the public at no cost to the government.

Black Swan Lake, a tranquil 2.75 ha freshwater lake on the Gold Coast is a prime example. The lake is currently being filled in with mountains of dirt. Recent photos show its dirty dirt full of building bits and pieces being tipped into the water, smothering aquatic life. The drowned lake graveyard will then become a car park for the nearby Aquis Turf Club.

In spite of a growing pile of witnessed and documented breaches of conditions of approval submitted to the compliance section of the Gold Coast City Council (GCCC), no enforcement or action has ensued.

Meanwhile, the trucks keep dumping every two minutes, witnesses who are there all day, every day, say there’s often no spotters as required, no translocations. In any event, how does anyone catch dozens and dozens of wild birds and their hatchlings, cage them, transfer to other locations and expect any to survive? What about capturing fish? How do you translocate a fish?

One of the conditions of approval is for a staged fill. Given the speed with which the lake is being drowned, it’s pretty obvious Council is going gung-ho to try and head off any potential stop work orders or legal injunctions.

Combined with documented breaches of Work and Safety regulations, it's fair to say that the list and videos of violations are huge. Only equalled by the continuing refusal of the Palaszczuk Government to do anything to stop the appalling, unnecessary, cruel slaughter of defenceless animals so a car park can be created. 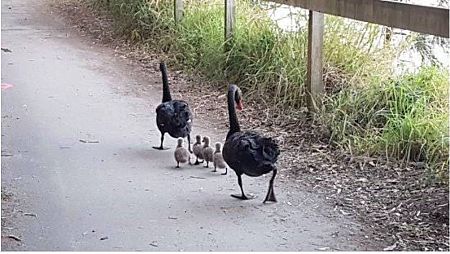 Thousands of people have sent emails to the office of the Premier and the Minister for the Environment, Leeanne Enoch. Responses are the usual stuff – acknowledging receipt – but never dealing with the issue. However, the destruction of 62 bird species at nesting and breeding season, the drowning of countless native fish, eels, turtles and other aquatic species has got up the nose of an exponentially-growing furious community.

A resident had an opportunity to make the request to Stirling Hinchcliffe, Minister for Local Government and Racing, only to be told, “I can’t do anything”.

In fact, the Minister can do a great deal. There’s a new Code of Conduct for Councillors in Queensland which is based on five principles of local government.

All five principles have been violated by the GCCC. They are:

In leasing the lake to the Aquis Turf Club for $1 a year for ten years, the GCCC is in breach of its fiduciary duty. Refusing to accept or acknowledge a petition calling for the lake to be saved signed by over 40,000 people is a breach of public trust under the Code. 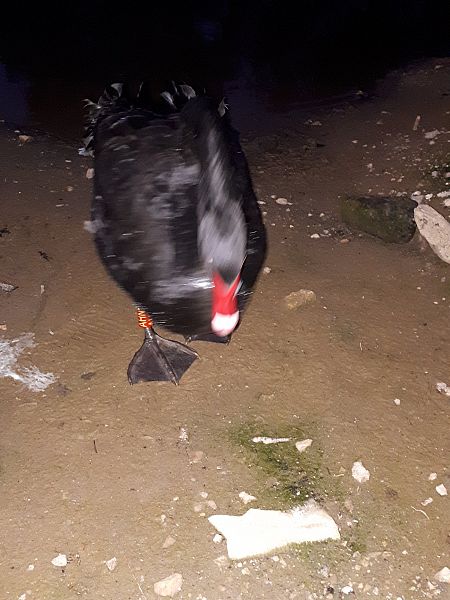 However, as with all Queensland political/legal swamps, a tribunal has been set up to deal with complaints, but the submissions must first be sent to the Chief Executive Officer of the relevant council. With no guarantees or requirement to demonstrate that the complaints have been sent to the tribunal, there’s little faith in the GCCC.

As well, a Partners in Government Agreement between the state and local government in Queensland was signed off in 2015 giving virtual autonomy to Councils.

3.1.1. Local government should enjoy maximum autonomy and be subject to minimum State intervention.

3.4.2  Local government will be subject to minimum intervention from State Government in respect of its legitimate interests and jurisdictional responsibilities (including revenue raising, local laws and land use planning).

The deck is stacked for developers.

Next week, in spite of a condition of consent which says that the fill must be staged and breeding season (September to December) must be avoided, the double bogeys stuffed with fill will progress the slow suffering and death of countless species.

Incredible to think that in broad daylight, in the midst of a metropolis, a massive slaughter of defenceless animals to construct a car park is legal and the Government claims it is incapable of preventing the destruction.

No wonder Queensland environment in its entirety is an endangered species. With no solutions in sight.

The public had a unique chance to air its protests at Bundall Council Chambers on Tuesday 25 November.

Some seasoned political watchers reckon the next Queensland elections will see a massive number of independents causing chaos for either major party, at the same time creating political paralysis as further actions to transform the state into a kleptocracy are confined.

We can only hope. 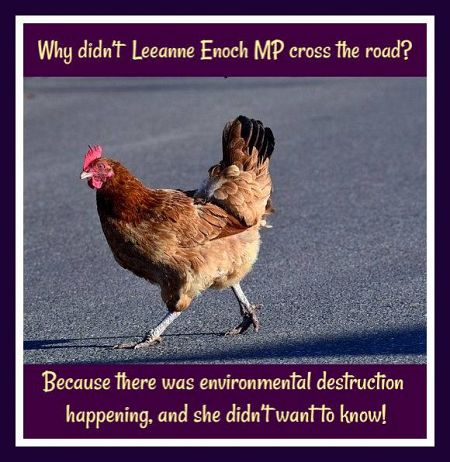