Despite public protest, Black Swan Lake on the Gold Coast continues to be developed and converted into a car park, writes Sue Arnold.

BLACK SWAN LAKE, one of the few remaining freshwater lakes on the Gold Coast, is being filled in. Now described by the Gold Coast City Council (GCCC) as a “borrow pit”, the 2.75 hectares is home to an officially recorded 65 bird species, including rare and migratory birds.

We can’t hear the sounds of eels, fish and turtles suffocating. It’s breeding and nesting season, but the cries of newborn hatchlings are unheard. Nor can we feel the frantic terror of the bird families, who can’t escape the lake to find new homes. There are no escape routes.

Only death. Smothered by fill, gasping for oxygen. 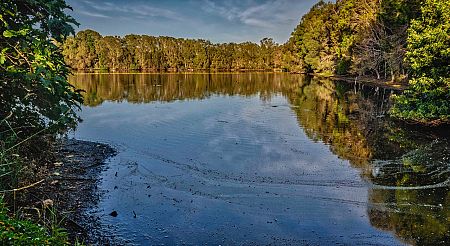 The peaceful serenity of Black Swan Lake. Soon to be filled and covered with concrete (Image supplied)

It’s all legal according to the Gold Coast City Council. The lake was leased to the Aquis Turf Club for $1 a year by the Council. While this pittance is almost certainly a breach of fiduciary responsibility – after all, there are ratepayers to consider – Mayor Tom Tate and his cronies appear Teflon-coated from any authority, be it government or law enforcement.

Just days ago, majestic black swans and countless species of aquatic birds graced a peaceful lake, a sanctuary in touching distance of frantic Surfers Paradise. In spite of huge demonstrations, legal threats and protests earlier in the year, Council and the Turf Club have left no stone unturned in their efforts to end life on the lake by turning it into a car park.

Rumour has it that once the filling is completed, there are plans in place for a Dubai-style resort for wealthy punters.

There’s a small group of dedicated protestors on site, but they're no match for the destruction or the destroyers. This time there’s no police.

Have you ever watched living things being deliberately destroyed? We’ve watched wars on television, seen the grisly details in movies but there’s nothing that beats real life.

It’s hard to know what’s worse. Witnessing the deliberate killing of innocent life, or feeling so helpless and powerless. 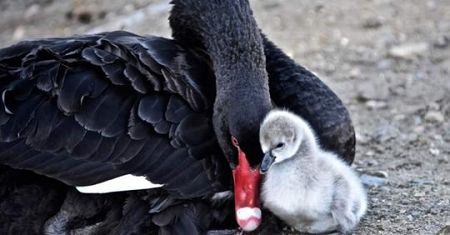 An adult black swan cares for her young, soon to be without a home (Image supplied)

A couple of cars arrive carrying two Aboriginal elders and a lawyer from Tweed Heads. Looks like there might be some action as it appears the turf club hasn’t bothered to consult with the traditional owners as required.

The important cultural sites around the Gold Coast Turf Club and Black Swan Lake were recorded and registered by noted archaeologist Dr Laila Haglund, who also studied and recorded the Broadbeach Burial Complex in the early 1970s.

“Black Swan Lake and surrounds is the last remnant of an ancestral habitation complex of my people in the heart of Bundall,” said Wadhum, Senior Elder of the Ngarakbul Githabul, two of the tribal clans of the once powerful Yoocum Yoocum Moiety, the East Coast “Keepers” of the Feathered Serpent/Rainbow Serpent Traditions of the ancient “Bird Tribes” of Australia.

Yet no archaeological survey has been undertaken by the Council, in spite of the fact there are burial sites on the land which will also be destroyed. The lawyer finds the site manager to ask him to stop work because the elders of the tribe have arrived and the filling is unlawful.

But he’s not interested. Doesn’t want to give his name; doesn’t seem to know who is paying his wages. The trucks carrying fill have all had any signage taken off so there’s no identification.

It’s hard to understand why this travesty isn’t front page news in the Courier Mail and that the Gold Coast community aren’t out there in force protecting this precious natural resource. 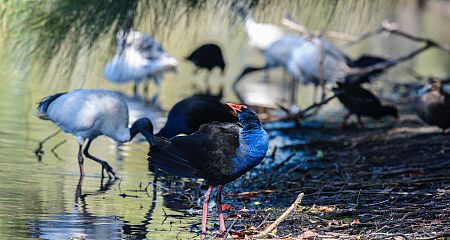 40,000 people have signed a petition to demand the lake destruction is immediately stopped. Both the GCCC or the Aquis Turf Club have refused to accept or acknowledge the petition.

Given the deliberate slaughter of Coomera koalas, which was orchestrated and approved by the same Council, there’s only one legitimate and totally unrealistic outcome for the ongoing environmental destruction on the Gold Coast.

The Mayor and councillors should be charged with crimes against nature. But we don’t have any laws like that — we only have laws that prohibit protest and public interest legal challenges. Nor is there prevention of cruelty to wildlife legislation, as governments continue to treat non-domestic animals as problems in the way of development.

Why do voters keep supporting a man who is responsible for the deaths of so many innocent creatures? In supporting Tate, many might argue that voters are complicit in the ongoing destruction.

And the deeper question prods. What’s really going on in Queensland? The recent publication of the Queensland Audit Office report on conserving threatened species is damning in its condemnation of Government’s failures.

The department [of Environment and Science, which has primary responsibility for managing and conserving Queensland wildlife] has no strategy or framework for conserving or managing threatened species. This is despite the Nature Conservation Act 1992 requiring the department to develop an integrated and comprehensive conservation strategy for the whole of the state. 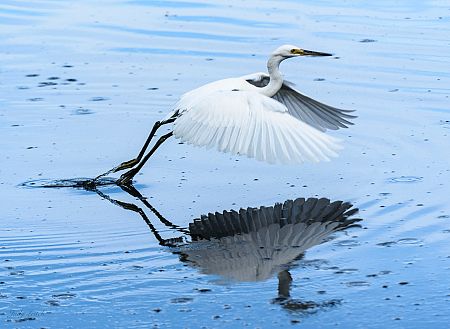 An egret takes flight over the water (Image supplied)

In witnessing an important freshwater lake drowned in dirt, killing countless reptiles, aquatic creatures, birds and other species, legitimised by an approval from a council that should have been investigated years ago, huge moral and legal questions are raised.

Protests are now virtually outlawed. Legal challenges are well-nigh impossible because of cost considerations, mainstream media ignores the terrible war being waged on the environment by councils and governments. The Federal Government is continually violating its ratification of international treaties protecting migratory species and habitats.

We’re witnessing an end-game. A country run by politicians taking directions from their corporate puppet masters.

Black Swan Lake destruction provides a sobering moment in our history. Non-human life is now nothing more than supplementary damage.

Politicians who allow these travesties have no checks and balances. Democracy is dying along with our wildlife heritage.

Black Swan Lake is the tipping point for the Gold Coast City Council. Unless the Palaszczuk Government acts to stop the destruction at Black Swan Lake and address its comprehensive failure to protect threatened species across the state, Queensland will become a wildlife desert covered in concrete.

If tears could fill the lake, it would be overflowing. 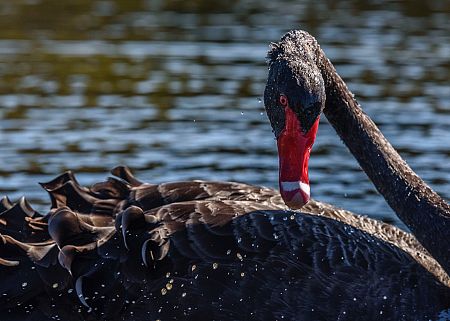 Board the Gold Coast Turf Club: Save Black Swan Lake from being filled for a carpark - Sign the Petition! https://t.co/22RaTDpT5H via @ChangeAUS Qld seems to want to destroy all their wildlife habitats! 😖💔