Beyond federation: Who are we and where do we want to go?

In a recently published book, Beyond Federation, a collection of essays argue the case for abandoning federalism and replacing it with a major constitutional change. Managing editor Klaas Woldring reports.

WHO ARE WE – where we want to go? Perhaps you want to go there as well?

Since 2002, a small group of citizens from diverse locations and backgrounds have come together in “congresses”, thirteen of them, in various places along the Australian East Coast. Starting with Max Bradley’s the “Shed-a-Tier” concept, they explored various models without state governments.

They corresponded much by email to share their ideas about improving governance in Australia, culminating in the book of collected essays, Beyond Federation - Options to Renew Australia's 1901 Constitution, edited by Klaas Woldring, Anthony Nicholas and Mark Drummond. It is published as an E-book and paperback by Amazon.

The group agrees that the Constitution of 1901 has passed its use-by-date and that state governments should be phased out. The essays in this new book are the individual ideas of some of those correspondents plus a number of related statements by others. The aim of this book is to inform and stimulate its readers' interest in the governance of Australia, beyond federation.

Although the current PM Tony Abbott clearly supported the phasing out of states only a few years ago conservative federalists have persuaded him to return to the idea of strengthening the states instead. Clearly we have different plans. 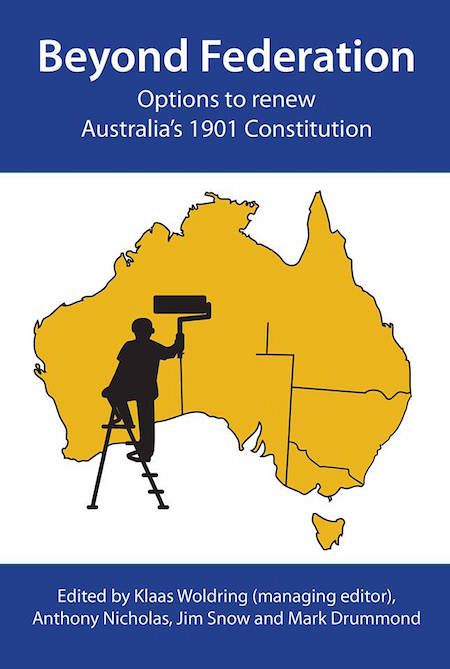 Beyond Federation is available from Amazon as Kindle and paperback editions.

Why federalism should be abandoned and replaced

The Reform of Federation Paper ‘A Federation for Our Future’, recently published by the Abbott Government to generate a White Paper, is another reincarnation of “co-operative federalism”.

The Council of Australian Governments (COAG), a body originally formed to stimulate “co-operative federalism”, has taken on a bureaucratic existence of its own actually adding to the already considerable expense of federation. To the extent that it has managed to streamline some of the appalling duplications and administrative hassles of recent decades the case for replacing federation has actually been strengthened.

To think that the huge imbalances in federal-state financial relations can be reversed to a pre-1942 situation is to ignore history. Some of those who want to turn the clock back under the motto that they want to improve, repair or rescue the federation are now also insisting that COAG should be written into Australia’s archaic Constitution. Federation has not assisted decentralization. It is at the state level that centralisation has become a major problem.

Piecemeal tinkering with the existing federation cannot make it work; underlying problems remain and grow worse. If, as some well-known academics and economists maintain, no major remedies are possible, we need to look at the several constitutional and political problems that frustrate real remedies. We need to look beyond federation as a system of government AND understand why federation no longer is a requirement for the development of the nation but has long been an increasingly costly hindrance. It is no longer a natural fit as it once was.

Research by Griffith University and our own researcher, Dr. Mark Drummond, regularly shows that most Australians no longer support the federation. In short, we need a quite different structure and should be prepared to look at a total package of changes.

Our first port of call would be to address the impossible situation that the Constitution cannot be amended to suit the nation as it now is and how it could be shaped for the future. Why is this so? That question is rarely raised in Australia, not by the major parties, not by most academics and not by our public broadcasters either. However, we should look well beyond the serious inadequacies of Section 128. There are plenty. This task is not beyond us.

Secondly, the problems with Australia’s electoral systems are probably even more serious. Many people fail to see the relevance of them to constitutional change. The compulsory preferential single-member-district system has given Australia an often dysfunctional adversarial two-party system. The electoral system is grossly biased in favour of the major parties, who don’t like to change it. But this adversarial system blocks the generation of constitutional amendments; or, if generated, the passing of them in referendums. Moreover, only politicians – in practice of the major parties – can initiate constitutional amendments.

Given that far-reaching budgetary stresses have emerged in Australia, as a result of several hard to combat factors, the cost of federation as a structure, possibly $40 billion per annum, has now become of paramount importance. In spite of this, neither major party considers its replacement and the abolition of the states. Holding on to federation, as the government inquiry strongly suggests, is a highly undesirable strategy.

Unclear on what Federation Reform means for Australia? Get informed in 2 min's http://t.co/m1fITMgDCl #ipaa2015 #reformsummit #reform2015

But quite apart from that the renewal of the Australian Constitution is very essential for many other reasons. One such reason is that we need much better system of decentralization and de-concentration of population in our five major cities. The poor use of living space in Australia and the growing traffic congestion in major cities is plainly ridiculous. For Sydney to have over 6 million people in 2036 is a monument to the federation’s failure, as is, of course, the absolutely parlous state of local government, the Cinderella of the system.

We need more active supporters in the first place. Perhaps we need a formal structure — we are discussing that right now. We have in mind to organize a one-day conference in Gosford, late June, with a number of high profile speakers in favour of replacing the federation and major constitutional change. They really do exist!  If you can help in some way let us know please. 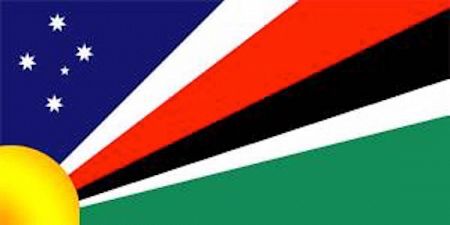 Beyond Federation's logo and proposed flag.

You can read more stories not covered by mainstream media. Subscribe to IA for just $5.