Ban brutal despots and dictators from the royal wedding

The UK Republican Movement, Republic, yesterday wrote to Kate Middleton and Prince William calling on them to exclude the King of Bahrain and other "vile men" from their wedding invitation list.

The letter follows news that the King, who has reportedly received a personal invitation to the wedding from the Queen, has used external military forces to brutally crush the peaceful pro-democracy movement in Bahrain.

The letter reminds the couple that Britain is meant to support the oppressed and the democrats over the despots and oppressors, and warned them that it would send an "appalling message to the world were any dictators of the Middle East, royal or otherwise, seen enjoying the hospitality of your family and rubbing shoulders with Hollywood stars and politicians at your wedding".

The  following is the text of the letter in full, signed by Graham Smith, executive officer of Republic. 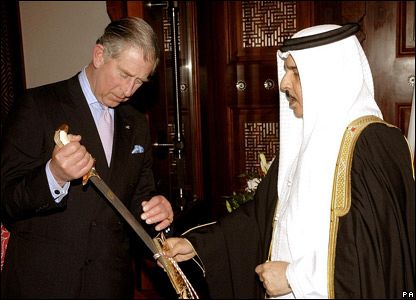 I am sure you were as appalled and disgusted as I was at the news that the King of Bahrain has crushed a peaceful pro-democracy rally with tanks and live ammunition, killing a number of protesters.  So I have no doubt that you must have serious misgivings about the inclusion of the King on the invitation list for your wedding on April 29th.

You will be aware that there are millions of people around the world who suffer oppression and tyranny on a daily basis.  Many of these people look to countries such as Britain for inspiration and support in their struggle for freedom and democracy.  As such surely we have a duty to support the oppressed and the democrats over the despots and oppressors.  Clearly then it would send an appalling message to the world were any dictators of the Middle East, royal or otherwise, seen enjoying the hospitality of your family and rubbing shoulders with Hollywood stars and politicians at your wedding.

I cannot imagine it would reflect well on you, your family or the monarchy were those vile men to remain on your guest list.  More importantly it would seriously damage the reputation and image of Britain and would do harm to the wider cause of democracy and freedom.  I am therefore asking you to ensure that the invitation to the King of Bahrain and to any other Middle Eastern despot be withdrawn immediately.

While I oppose your right to inherit public office in this country and will do all I can to ensure the Queen's successor is elected, I wish you both well in married life and trust you will make the right decision on this occasion.

Republic is calling on MPs, human rights activists and the public to also write to the couple to demand that despots are excluded from the wedding.
REPUBLIC DEMOCRACY INTERNATIONAL Bahrain Dictators Kate Middleton Prince William Royal tours royal wedding
Recent articles by