Queensland's most dangerous detective: A story of Machiavellian corruption and ultimate demise

As the second edition of The Most Dangerous Detective hits the shelves this month, author Steve Bishop details how he came to write about the events behind the demise of corrupt Queensland Police Commissioner Terry Lewis.

PUBLICATION THIS month of the second edition of The Most Dangerous Detective, with its revelations of the machinations which led to the disbanding of the Federal Narcotics Bureau, marks the final chapter of inquiries which I started more than 30 years ago.

It’s been a long journey from Bubbles Bath House in Fortitude Valley in the early 80s to Canberra where my most recent investigations gave further credence to a long-held suspicion that a judge and a leading QC rigged a Royal Commission report.

The commission’s report and a rushed Federal Government Cabinet decision ultimately led to Queensland suffering seven more years of corruption than might have been the case had the Narcotics Bureau been able to continue its investigation of crooked Police Commissioner Terry Lewis.

My interest in Queensland’s endemic corruption began soon after I arrived in Australia from England in 1982 to join the Sunday Sun newspaper as a senior reporter. 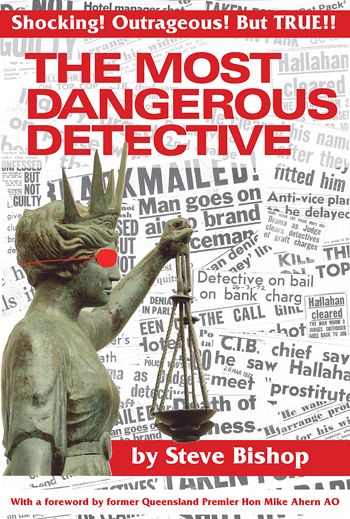 Book cover: The Most Dangerous Detective by Steve Bishop

Along the road there have been many bumps, wrong turns, delays and impediments.

I soon learned of Bubbles Bath House at 142 Wickham Street in the Valley. It was common knowledge that it housed a brothel and illegal casino. I exposed Gerry Bellino and Vittorio Conte as the owners.

It stood to reason that if they were not being prosecuted the police were turning a blind eye, and if that was the case bribery had to be involved. This was confirmed to me when Commissioner Terry Lewis provided non-answers to my questions.

I felt it was important to understand how and why Queensland had reached this position. In the heart of the Sunday Sun building was a strongroom containing bound files of the newspaper over the decades. I became a regular visitor.

A sensible place to start was 1957, the start of an unbroken series of National-Liberal coalition governments after many years of Labor power.

One by one I examined each page of more than 1300 editions and photocopied any article which looked as though it might have a bearing on corruption.

A more demanding chore was to come. I retrieved the dozens of fat volumes of Queensland Hansard going back to 1957 and checked the questions and answers, the ministerial statements, the often oxy-moronic matters of public interest and any debate which offered the chance for members to raise matters of corruption.

But documents have no personality or passion and they present a version of what happened that cannot be questioned. I sought the people from all walks of life who had fought the corruption and interviewed them. 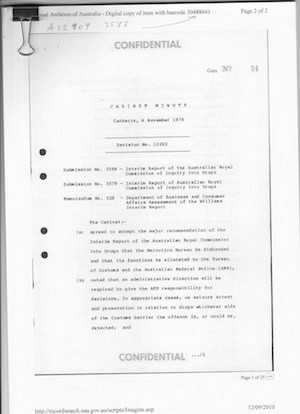 My investigations resulted in several exclusive stories which the newspaper refused to publish. I realised too late that the editor was a close friend of the corrupt commissioner.

During the Fitzgerald Inquiry which exposed the institutionalised corruption I started writing a manuscript in conjunction with Quentin Dempster but my efforts were too voluminous and disjointed.

In 1990 I began working for the Goss Government, combining a role as an advisor on Fitzgerald-related issues along with being a ministerial media advisor.

This gave me further insights of what had happened. I also gained a master’s degree, working largely between 10pm and 2am, in which I wrote an 85,000 word thesis on how and why the media had failed to expose the corruption over a 30-year period.

My big problem was in working out how to tell a complicated story spanning three decades and involving criminals, a network of crooked police and the involvement of two state premiers, some of their ministers and three judges.

Phil Dickie had written a thorough compendium – The Road to Fitzgerald - about the corruption leading up to the Fitzgerald Inquiry. Evan Whitton produced a couple of magisterial volumes about crime and corruption over the decades.

I wanted something different — a narrative that knitted a myriad of events together into a compulsive storyline that brought personalities and the culture that had shaped them to the fore.

It struck me that the best way to do this would be to use one of the trio of corrupt detectives who had formed the notorious rat pack.

Lewis: Why Qld gets no apology from me http://t.co/wUNjjFCP54 (News) #brisbane #qld

Tony Murphy had been so canny and secretive that despite the fact he had undoubtedly played a major role in the corruption he had left little trace of his involvement.

Glen Patrick Hallahan came to my rescue. For the best part of three decades he had been brazen in his corrupt activities, leaving a detailed paper trail of statements, court cases, inquiries and newspaper stories.

Through him I could tell a story on many levels — murders most foul, who dunnits, the tension of manhunts and the changing character of Queenslanders from the naïve innocence of the late 50s through to the emancipated 80s.

I gathered more information and conducted further interviews in my spare time. After I retired in 2007 I spent a year seeking access to Fitzgerald documents which had been hidden from public gaze at Queensland Archives.

The result was an Aladdin’s cave of treasure far beyond what I had asked for. Documents which had never been made public were now open to my scrutiny, including the notebook in which Fitzgerald had made observations about whether he thought witnesses were truthful.

So astounded was I that I asked the official on duty at Queensland Archives whether this was what had been authorised. I was assured it was.

For three days I copied information from previously secret documents. They were the equivalent of lost jigsaw pieces which were necessary to link various parts of the puzzle. How satisfying!

Of course, a mistake had been made and the resulting furore resulted in a parliamentary inquiry. I happened to be in London when the sittings were held and gave evidence by videolink. The documents were locked away again.

Anybody who had accessed them was forbidden by law to use information from the documents. Too late. I had already used it — published in the book.

In the first edition, published in November 2012, I exposed the way in which Queensland’s leading QC in 1980, Cedric Hampson, had conspired with judge Ned Williams in the 1980 sessions of the Royal Commission on Drugs to exonerate Hallahan from his role as the financier of a heroin importation.

In 2011 Hampson was busy writing novels. I sent him an 11-page letter itemising the criticisms I planned to make of his behaviour as counsel assisting the commission and posed 50 questions.

He failed to answer the questions. Despite my condemnation in the book of his failure to search for the truth as required in a commission of inquiry he did not sue me — much to my wife’s relief.

But I had always felt there was something gravely wrong with the way in which the commission had arrived at its recommendation to disband the Narcotics Bureau in 1979.

I felt I owed it to them to explore further the closure of the Bureau and obtained permission from the Hon Wal Fife, the federal minister for the Bureau at the time, to explore his collected papers in the National Library.

The papers reveal one of the country’s most senior public servants, Fife’s department’s head Tim Besley was, 'disturbed at the apparent connection between the Royal Commission and the Queensland Police' in formulating its report.

The Queensland force was described in the Senate by Democrats leader Don Chipp as,

“one of the most corrupt, rotten and contemptible groups of people engaged in law enforcement in the world."

We still have no knowledge of who our critics were ... This report seems to rest on such evidence as that of a paper written eight years ago by a junior officer and on the personal views of an officer of the board who professed to the Commission to have no expert knowledge of the subject on which he was being questioned. I find it hard to see how the Commission could come to the conclusion that it has. It has given no reasons — it is not an argued judgement as would be the case if it were a decision of the high court — and I repeat, the report appears to rest upon non-expert or junior or very selected, and possibly even carefully selected persons. The Leader of the Opposition, a former Queensland police officer, has been alleging corruption of the Narcotics Bureau and has implied that his source is the Queensland police. Added to this there is also the possible Murphy, Hallahan, Milligan connection.

They are amazingly bold and forthright criticisms of a Royal Commission from one of the federal government’s most senior and qualified public servants who would have been steeped in using carefully considered and non-inflammatory language.

Not to put too fine a point on it, he was telling Minister Fife there was an apparent connection between the Royal Commission and the Queensland Police and it was his opinion the report had been rigged.

On October 22 Bureau chief Harvey Bates nominated the Royal Commission of Inquiry into Drugs as one of the forums being used to attack the bureau.

“It is my view that if the fundamental recommendation in this interim report … is accepted and acted upon by the Government, the objectives of certain persons and organisations as outlined in my previous minutes to you will be achieved, ultimately with disastrous consequences for the Australian public and the regional enforcement effort against drug trafficking.”

The Most Dangerous Detective (second edition) is published this month as an ebook and paperback. You can order it here.