SEPTEMBER 1 has many names. Some welcome it as spring’s dawn, a time to celebrate nature’s renewal. For others it is National Wattle Day — a time when the smells of Spring are in the air as well as Australia's vivid gold blossom, writes history editor Dr Glenn Davies.

TODAY IS the 24th anniversary of the declaration of National Wattle Day. It is also the 23rd anniversary of the Australian Republican Movement giving its support to National Wattle Day celebrations throughout Australia. I have written before on how Wattle Day is celebrated annually on the first day of spring, the 1st of September and captures something crucial to the success of the republic — a feeling for country.

A sprig of Australia's national floral emblem, the golden wattle, Acacia pycnantha is traditionally worn on the first day of spring. The green and gold of its leaves and blossoms were declared national colours in 1984 and in 1988 the wattle was adopted as the official national flower.

In Australia, the wattles are the largest genus of flowering plants. In Australia you could plant two or three different wattles for every day of the year, and still have plenty left over, for Australia has more acacia species than the year has days. These acacias are extremely diverse and found in habitats from rainforest to arid lands.

2015 was the 125th anniversary of the publication of Lawson’s Freedom on the Wallaby during the 1891 Queensland Shearers’ Strike. For many Australians when you mention wattle they don’t immediately think of the spray around the Coat of Arms, or the design embedded in the order of Australia.

Rather the first thought is the last line of Henry Lawson’s stanza from Freedom on the Wallaby.

So we must fly a rebel flag,

As others did before us,

And we must sing a rebel song

And join in rebel chorus.

O’ those that they would throttle;

They needn’t say the fault is ours

If blood should stain the wattle!

The year 1890 found an unsettling spirit within the heart of the British Empire. A political and financial upheaval in Argentina had brought Barings, one of London’s leading financial houses, to its knees, and in July that year there was a tremor within the edifice of law and order with the onset of a partial strike of the London Metropolitan Police.

At the same time, military unrest prevailed in one of the bastions of the British Empire when the second Battalion of the Coldstream Guards mutinied. This resulted in the calling out of the Inniskilling Fusiliers, but instead of obeying the authorities, the latter sang ‘God Save Ireland’, the Fenian hymn of 1867, and cheered the mutinous guards.

The result was their quick replacement by the Yorks. On the work front, the eruption of the London dock strike in 1889 was to be one of the antecedents for a rash of strike action in the antipodes, for the colonial periphery was not exempt from this unsettling spirit.

In 1891, the newly formed Pastoral Employers Association decided to de-unionise the shearing sheds and significantly cut the wages and conditions of the shearers. At a colonial conference of pastoralists in late 1890, a new shearing agreement was drafted, totally ignoring the negotiated employment contracts already in place.

On 5 January 1891, the dispute ignited at Logan Downs. The station manager presented the shearing team with the pastoralists’ agreement, which they, of course, refused to sign. Unionists in Barcaldine elected a strike committee.

There were significant confrontations at Peak Downs and Clermont  and strikers formed armed camps throughout western Queensland. It is said that more than 2000 soldiers and police were deployed and the government swore in a further 1000 special constables. By April 1891, there were over 8,000 strikers and well over 20 strike camps.

The battle lines were drawn and action spread across central Queensland shearing sheds and towns, from February 1891 until well into May and June. The strike eventually collapsed.

Henry Lawson’s poem was his comment on the 1891 shearers’ strike and represented the rebellious spirit of those times. On 15 July 1891, Frederick Brentnall MP read the last two stanzas of Lawson’s poem in the Queensland Legislative Council during a "Vote of Thanks" to the armed police who broke up the Barcaldine strike camp.

As a result, there were calls for Lawson’s arrest for sedition. In response Lawson wrote a bitter rejoinder to Brentnall, The Vote of Thanks Debate. By all accounts, he was very concerned about being charged and took the first opportunity to retreat to Sydney. However, by September 1891, the Boomerang was in trouble and Lawson’s services were no longer needed anyway. 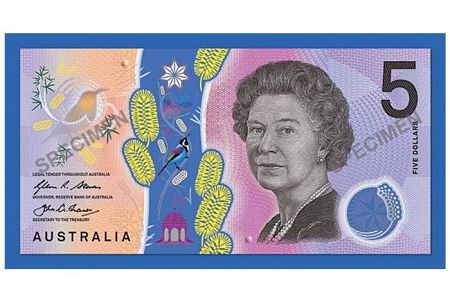 'Innovative new security features have been incorporated to help keep Australia’s banknotes secure from counterfeiting into the future. As can be seen in the images, these include a distinctive top-to-bottom window. Each banknote in the new series will depict a different species of Australian wattle and a native bird within a number of the elements. On the $5 banknote, these are the Prickly Moses wattle and the Eastern Spinebill.'

One hundred and twenty-five years ago, Henry Lawson was writing about freedom and independence in Australia. Lawson may have alluded to "blood on the wattle" but was never a serious advocate of armed revolution. His was more a call to address a sense of injustice. 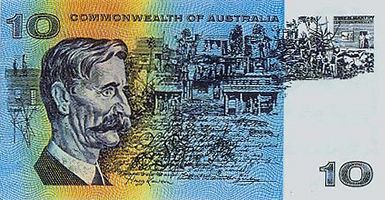 Let’s all take a moment this National Wattle Day and reflect on the wattle flower which symbolises an egalitarian, classless, free citizenry.

Independent Australia is pleased to congratulate Melbourne Cup winning jockey Michelle Payne and her champion strapper brother, Steve, as joint winners of the 2016 Golden Wattle Award. The award is conferred each year, around the time of National Wattle Day (1 September), by the Wattle Day Association to recognise a person(s) who has brought Gold to Australia through their actions or achievements.

Wattle Day is a national day of celebration in Australia on 1st Sep pic.twitter.com/h5KAT5oH0R