No protection for SPC Ardmona or Australian farmers

The failure of the Australian Government to support SPC Ardmona and Australian manufacturing all comes down to our slavish devotion to so-called “free trade”, writes Dr Matthew Mitchell (with Nick Rose).

ON 31 January 2014, the question arose as to whether the Australian Government should provide a subsidy to keep SPC Ardmona operating.

The reply of Tony Abbott and the Federal cabinet to this request was no — saying in effect that the company should instead slash wages and conditions to ensure its profitability. 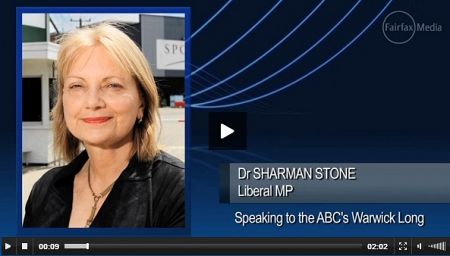 She attributes regional job losses to cheap food imports from China. Imported fruit from China (or elsewhere) directly affects both food processors and orchardists. This issue brings to mind the recent decision of General Motors to stop manufacturing vehicles in Australia.

So what is going on here?

Why are taxpayer bailouts the only policy option on the table? Why are tariffs, which cost the government nothing yet offer an alternative means of protection for Australian businesses and jobs, also not being considered?

The answer appears to be free trade agreements — the cold calculus of which goes something like this: in exchange for giving up our manufacturing industry of good quality clothing (or food), we get cheap (and perhaps slightly toxic) clothing (or food) from China, or Bangladesh or elsewhere, and we get this bargain at the cost of our local jobs and businesses. This, in turn, pushes more Australians into welfare lines and / or into low-paid and insecure jobs reduces our ability to afford the more expensive Australian clothing (or food) — should it still be available.

Everyday people intuitively understand that this seems like a poor deal for Australians — fewer jobs, on lower wages, along with poorer quality goods of dubious safety. Not to mention that this system depends on employing – or should we say exploiting – people in developing countries on unsafe conditions, on low wages, such as demonstrated by the recent Bangladesh factory fires (and here is the story of an outraged Bangladeshi worker). So just why do we accept this situation?

I suggest the reason we accept it is that we have been assured by our policy makers ‒ and by our biased and highly concentrated media ‒ that free trade deals secure a net benefit for Australia.  The promise is that free trade will make Australians wealthier. It is now clear that, for the majority of Australians, this is a lie. The lie has become apparent not just to us, but also to those in the developing countries we are supposedly so benevolently assisting by exporting our jobs to them.

What evidence do I have of the lie?

To begin with, if free trade deals are supposedly so beneficial, then why are they negotiated in the strictest secrecy, with only representatives of large corporate lobbies allowed in attendance? And why are the outcomes presented to us and our Parliament as a fait accompli, for which we are expected to be duly grateful and simply rubber stamp?

Thanks to the efforts of WikiLeaks and other public interest media organisations, we know that the Trans-Pacific Partnership (TPP) is almost universally acclaimed as a bad deal, benefiting only trans-national corporations their executives and wealthy investors.

In addition, through the firsthand evidence from representatives from many of our “free trade” partner nations, I can also confirm their citizens are equally unhappy. It is just as obvious to them, as it is to us, that these trade agreements make the rich richer whilst impoverishing everyone else.

Who are these representatives?

They include the following:

In fact, the meeting I attended last November, with the support of the Australian Food Sovereignty Alliance (AFSA), was organised by the South East Asia and East Asia Regional Chapters of La Via Campesina (an international peasant farmers group).

La Via Campesina was formed as a response to the North American Free Trade Agreement (NAFTA) which eliminated a vast number of small peasant farmers in Mexico.

With the likely signing of the TPP in the first half of this year, Australian farmers are now even more threatened, based on the experience of Mexican farmers under NAFTA, as related by Mark Dunlea in OpEdNews:

‘Like the North American Free Trade Agreement (NAFTA), which displaced millions of Mexican corn farmers, the TPP is expected to flood markets with cheap products, increasing pressures on small farmers to grow cash crops, rather than traditional food crops. And, like NAFTA, the TPP will force small farmers off the land forcing them to migrate to cities, and cross borders hoping to survive. FTAs have undercut the right of local producers to receive a fair, locally determined price for their products by forcing farmers to compete in the global food market.’

Ian Welsh also dispels the economists’ myth of ‘comparative advantage’ ‒ so often used to justify the free trade agenda ‒ summing up the situation in the title:

‘Free Trade is Elites Betraying Their Own Populations’.

So now it is clear we are being sold out, the question is: what should we do about it?

Perhaps we could start by considering a UN report (produced by 60 independent experts) that urges reform in the farming sector towards smaller farms and more natural farming methods. A summary of the report is provided by The Guardian.

We should also support the ‘Fair Deal or No Deal’ campaign of the Australian Fair Trade and Investment Network, AFTINET, which highlights a wide range of actions that individuals and communities concerned about these issues can take. 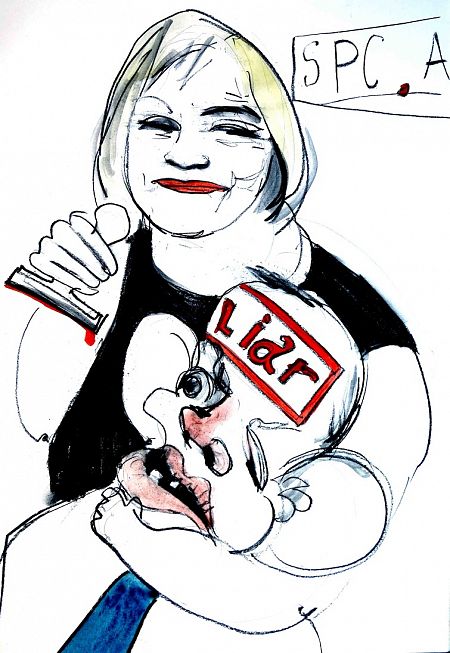